EFDN Members Commit to their Environmental Roles with Sustainable Initiatives 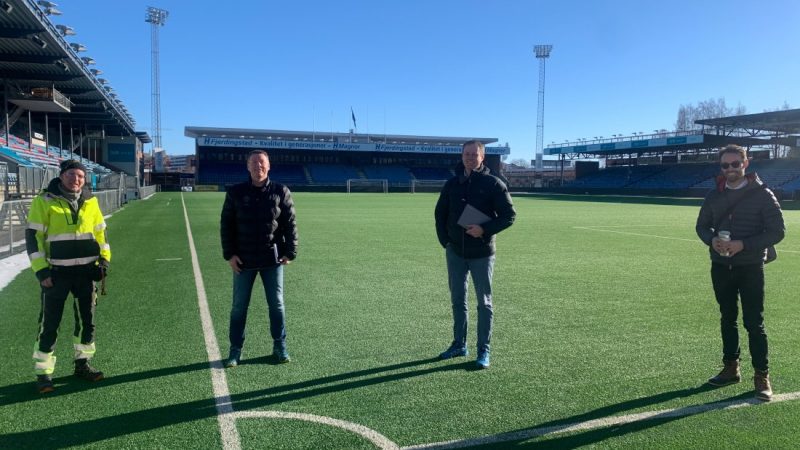 The European Football for Development Network highlights diverse initiatives brought by football clubs to commit to environmental issues. In Belgium and Norway, two clubs have settled new initiatives to develop sustainable changes to their stadium.

The European Football for Development Network (EFDN) consists of professional football clubs, leagues and FAs who are committed to their communities and social responsibilities and have the passion to cooperate and engage on a European level.

Partnered with energy companies, both clubs, KAA Gent and Strømsgodset have equipped their stadium with sustainable materials to produce green energy and restructure their energy consumption being a game player off the pitch in the environmental sectors.

Football clubs become more and more involved in environmental policy to tackle several issues such as their energy consumption and try to find new alternatives improving their carbon emissions. Below, you can read their initiatives highlighting the story of these green initiatives.

KAA Gent and EnergyVision are joining forces to produce green energy by installing 1.100 solar panels on the roof of their Ghelamco Stadium.

The installation is a technical piece of art (the canopy first had to be completely reinforced, as this part was blown away last year), but above all it is an example for the region. This installation is the start of a broader effort to make KAA Gent more sustainable and will help to reduce the ecological footprint.

A second phase is planned with extra solar panels; there will also be panels installed on the training centre and youth complex of KAA Gent. Furthermore, this season a lot of innovations were implemented regarding greenkeeping in the Ghelamco Arena and preparations were made to also provide charging points that are 100% powered by green energy.

During the realisation of this project, KAA Gent cooperated very closely with the City of Ghent. EnergyVision, A Gent based company, built the installation and will operate it for 15 years. Finally, Vdk bank is co-financing the project. This makes it a 100% local Gent story.

Apart from the Belgium club a similar green step has been taken in Norway, at the stadium of Strømsgodset IF.

Strømsgodset’s vision of a sustainable future is taking centre stage as the Norwegian club look to restructure energy and electricity consumption at their home, Marienlyst Stadium.

The 2013 Eliteserien champions have initiated their project with the support of Glitre Energi, termed ‘Sustainable Stadium’, which will look to implement energy efficient solutions to save cost and increase overall sustainability measures adopted at the stadium.

Glitre Energy Solutions is an energy company based out of Drammen, the same city as the club. The company works with energy efficiency, power equalization, solar cells, and the development of new energy solutions, among other things.

Most recently, representatives of the company inspected the Marienlyst stadium to get an understanding of its electrical system, in order to map where ‘smart meters’ for power consumption can be installed.

Bjørn Furuheim, event manager at the club, says the project is a win-win situation for all parties involved and the environment in particular.

With the help of SmartEO, Glitre Energy’s very own concept technology, the club is on the verge of streamlining the process of energy management within the stadium and facilities.

To know more about the role of EFDN members in sustainability, do not hesitate to visit the website, https://www.efdn.org/.