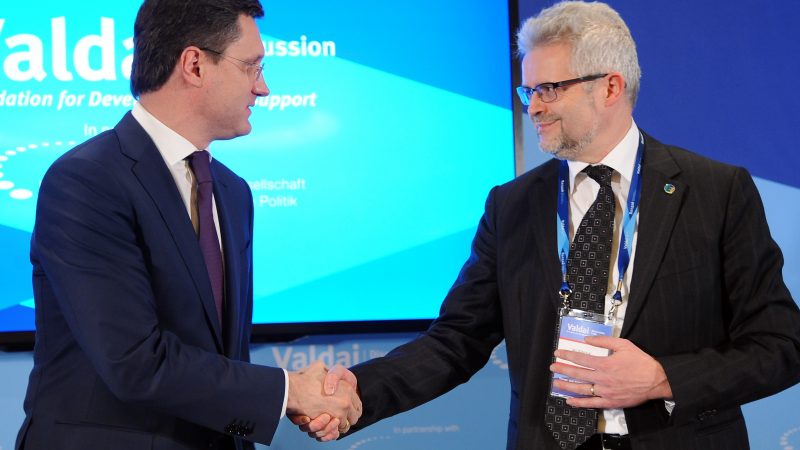 EU ministers attending the Energy Charter Conference on 16-17 December should work on the collective withdrawal from the ECT if other contracting parties oppose the phase-out of fossil fuels from the treaty’s binding provisions, argues Dr Saheb.

Most Europeans do not know much, if anything, about the Energy Charter Treaty (ECT). They should. The ECT is arguably the most powerful instrument working against Europe’s climate objectives and leadership. The European council has committed to reduce greenhouse gas emissions by at least 55% by 2030 and to ensure that EU “trade policy and its trade agreements are consistent with its climate ambition”.

This is only a start. Implementing the conclusions of the Council requires EU Ministers ending EU participation to the ECT and its regulatory chill when implementing the upcoming European Climate Law.

With the annual Energy Charter Conference being held this December, one would expect EU Ministers to be there. Their track record is not good. However, few rarely, if ever, attend.  The agenda setting nature of the conference seems an important place to see how EU climate policies clash or dovetail with the ECT. The Conference takes place each December and is hosted by the contracting party to the ECT assuming the rotating chairmanship of the conference. The 2020 conference is hosted by Azerbaijan and next year’s conference will be hosted by Armenia.

It is the responsibility of EU Ministers to reverse this trend and get fully involved. Sure, some could say that the EU Ministers’ absences are understandable, since the treaty lost its “raison d’être” when Russia withdrew from it in 2009. This is simply wrong. The binding provisions of the ECT protect foreign investment in greenhouse gas emissions at a high cost for taxpayers, and against their wishes. This makes the absence of EU Ministers at the Energy Charter Conference unacceptable.

The ECT is a multilateral agreement from the mid-nineties which protects foreign investment in energy supply by means of private arbitration. Despite the climate emergency, the treaty is fuel “neutral” and as such does not distinguish between environmentally harmful energy sources (e.g. fossil fuels) and clean ones.

On the contrary, parliamentarians at the EU and national levels have a better understanding than their Ministers of the ECT implications to the EU Climate Law. The European Parliament introduced amendment 143 to the draft Climate Law, which stipulates “The Union shall end protection of foreign investment in fossil fuels as part of the Energy Charter Treaty modernisation process”. This was followed by a call from around 300 MEPs/MPs for a collective withdrawal of EU countries from the ECT if the phase-out of fossil fuels is not achieved.

More voices are joining MEPs/MPs in their call for the phase-out of fossil fuels and the withdrawal from the ECT. Around 400 climate leaders and scientists called on Heads of States and Governments to end Europe’s participation to the ECT. In the same vein, the Institutional Investors Group on Climate Change (IIGCC), worth more than €35 trillion in assets, sent a letter to Head of States and Governments calling for ending protection of fossil fuels.

There have been ongoing negotiations on the “modernisation” of the ECT since July 2020. It is more than unfortunate, that the EU Ministers failed to propose a clear direction about the phase-out of fossil fuels from ECT binding provisions.

With no outcome after three rounds of negotiations, the modernisation of the ECT is a failed project. There is not even agreement on the cosmetic changes to the treaty proposed by EU negotiators. Importantly, in the absence of political leadership from EU Ministers, their bureaucrats did not bring the fossil fuels issue to the negotiation table, nor did they bring the intra-EU disputes and the issue of the outdated ISDS (Investor-State-Dispute-Settlement) mechanism included in the ECT.

In the meantime, EU Energy Ministers have been racing for symbolic announcements ahead of COP26. The Danish decision to end exploration of oil and gas by 2050 is sobering. It makes Denmark look progressive. However, digging deeper in the licenses for fossil fuels exploration in Denmark suggests ISDS threat under the ECT played an important role in the cut-off date of 2050 (rather than earlier). Previously, France watered down its law on ending exploration of oil because of a letter, from a Canadian company, Vermillion, reminding the French government of its obligations under the ECT. It is likely that the ECT regulatory chill is much important than we know.

One positive flicker in Europe is from Generation Climate Europe, together with 10 other youth led organisations, representing in total 30 million young Europeans. When it comes to the ECT, they are bold in their call to ask EU leaders to act swiftly and to align their promises for a better future for the young generation. Importantly, Generation Climate Europe set a deadline of the 16th December for a reply from EU leaders.

Will EU leaders be up to the task and attend the Energy Charter Conference on December 16/17 to work on the collective withdrawal of EU countries if other ECT contracting parties oppose the phase-out of fossil fuels?