Energy Charter Treaty: time is up! 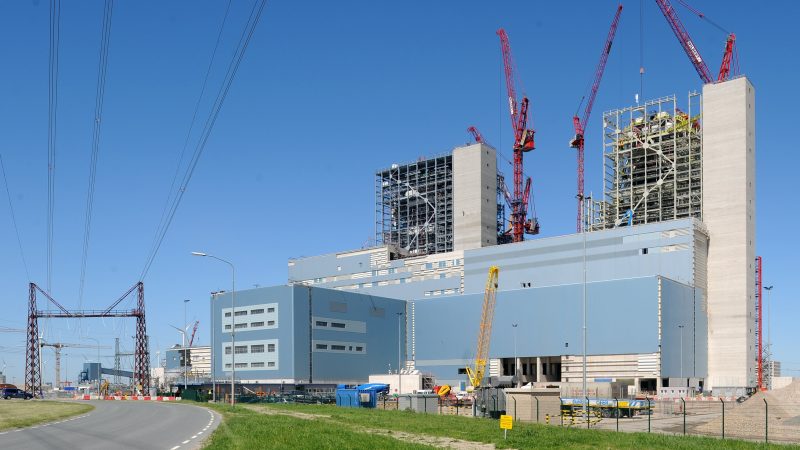 A general view of the construction site of the new coal power plant at Dollart in Eemshaven, Netherlands, 24 May 2012. German energy company RWE is involved in the project. [EPA/INGO WAGNER]

After four unsuccessful negotiation rounds, and with a fifth round starting this week that does not bring any silver linings in terms of outcome, the time has come for the EU and its member states to leave the Energy Charter Treaty, argue a group of MEPs.

The following op-ed is signed by a group of 71 MEPs, mostly from The Left, the Greens and the Socialists & Democrats (S&D) political groups in the European Parliament. The full list of signatories is at the bottom of this article.

From 2-5 March 2021, the fourth negotiation round on the modernisation of the Energy Charter Treaty (ECT) was held. This meeting was supposed to be a breakthrough, after a year of negotiations that have been unsuccessful so far in proposing concrete steps to bring the ECT in line with the Paris Agreement and the European Green Deal.

The urgency of this is becoming clearer every day. Earlier this year, we saw energy companies RWE and Uniper using the ability to call on private court to sue countries under the ECT (ISDS system) against the Dutch government for its decision to phase out coal fired power plants by 2030.

RWE is claiming compensation of €1.4 billion, and Uniper €1billion, to be covered by the Dutch taxpayers. This money can be used more efficiently, e.g. to finance 3 million solar panels in the Netherlands.

We also saw that the German government made a deal with Vattenfall and other energy companies, following another ISDS claim based on the ECT and civil lawsuits. Germany committed to pay about €2.5 billion compensation, the energy companies in return agreed to withdraw all pending ISDS arbitration proceedings and lawsuits.

The need to reform the ECT has become clear to European decision makers. In October 2020, MEPs voted to end protection of investments in fossil fuels in the EU.

Meanwhile, the Commission submitted a proposal for the definition of economic activities that would be protected by a new ECT, as well as a gradual phase out of the protection of investments in fossil fuels, starting with coal and oil.

Nevertheless, the Commission proposal falls short for what is necessary to bring the treaty in line with the Paris Agreement. First of all, it proposes to continue protection for another 10 years for investments done before the new ECT would enter into force.

The Commission proposal implies that companies like RWE and Vattenfall could still be suing governments for another decade if their decisions contradict business’ plans. This is not acceptable as the next 10 years will be crucial for governments to achieve the energy transition from fossils to renewables.

While the EU proposal still suggests that new fossil fuel investments would no longer be protected by the ECT after a new treaty enters into force, many additional loopholes remain. Power stations with less than 380 gram of CO2 of fossil fuel origin per kWh emissions will be protected until 2030 and possibly even until 2040 if they replace existing coal power stations.

Gas pipelines can possibly be protected until 2040 if they also transport sustainable renewable and low-carbon gasses, including hydrogen. This risks creating a lock-in in gas infrastructures, with no guarantee to phase-out fossil gas explicitly and definitively.

As such, it is very likely many non-EU ECT members will want to further weaken the EU proposals while most of members of the treaty would not accept it at all. The latter is most likely as ECT members, many of them being oil and gas producing countries, have to agree unanimously.

But back to the 4th negotiation round. According to a brief report from the ECT secretariat ‘with respect to the topic of definition of economic activity in the energy sector’, text-based discussions were held for the first time. The modernisation group decided to intensify discussion on this topic before the next round’.

This is diplomatic language for a complete lack of results.

Negotiations on the ECT go far too slow and provide no hope for success. Climate problems are too urgent to allow fossil fuel companies to challenge governments for another decade or two.

If one also realises that the ISDS model in the ECT is most likely incompatible with EU law and that changing this model is not part of the negotiations, then it becomes clear that there is only one option for the EU and its member states: to leave the ECT.

France and Spain have recently asked the Commission to start preparing for a scenario to leave the ECT. In November 2020, 280 parliamentarians called on the European Commission and EU member states to “explore pathways to jointly withdraw”. In March 2021, over a million citizens have asked governments to pull out of the ECT.

After four unsuccessful negotiation rounds, and with a fifth round starting this week that does not bring any silver linings in terms of outcome, we believe the time has come for the EU and its member states to listen to them and decide to leave the treaty, and to explore legal solutions to prevent companies from suing governments after leaving the treaty.

One response to “Energy Charter Treaty: time is up!”