Energy efficiency at the heart of Europe’s stability 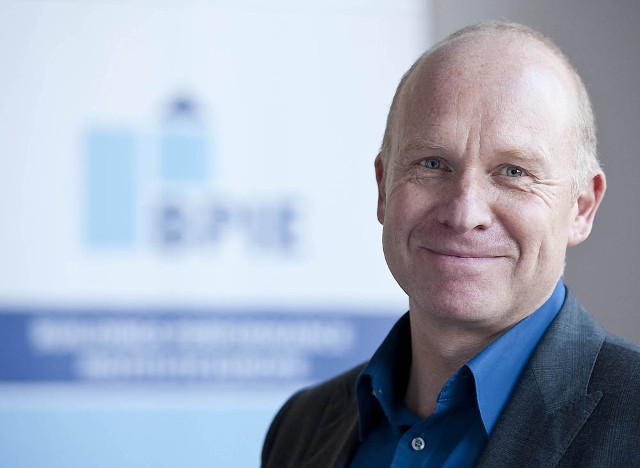 The investment to cut energy waste in the building stock is not a cost, but a long-term investment which can redress Europe’s economy and not only, writes Oliver Rapf.

Oliver Rapf is the Executive Director of the Buildings Performance Institute Europe, a Brussels based non-profit think tank focusing on energy in the built environment.

Only a few weeks remain before the European Council meeting which is set to decide a new set of targets to guide Europe’s climate and energy policy up to 2030. After the Commission initially proposed a 40% greenhouse gas reduction target and a 27% increase for renewable energy, a more recent communication suggested a parallel 30% increase in energy efficiency, considered to be the right “cost-effective” target.

Now the debate is heating up. Arguments center on such questions as to whether the right ‘discount rates’ have been applied, whether the correct cost assumptions have been made, and which economic model would be the appropriate one to define a target. In the historical context of discussing and agreeing EU targets, this may seem like the right approach. However, the world has changed. Significantly! Focusing on such incremental questions risks starting the debate from the wrong entry point.

Europe is surrounded by a geographical boomerang of regional conflicts, from the Ukraine to the Middle East to North Africa. Many of these regions are sources or passages for Europe’s energy supply. It doesn’t look like most of these conflicts will be solved in the near future. Incremental changes in Europe’s energy policy which merely continue “keeping the momentum” are not a sufficient response to the current geopolitical situation.

There is only one conclusion: Europe needs a completely new policy approach; a paradigm shift to make its energy system resilient against seismic shocks delivered by unforeseeable geopolitical developments. Europe’s citizens and businesses need energy. And to ensure a stable supply, the focus should be placed on developing domestic energy resources. The biggest and safest fuel available in Europe is energy efficiency. In fact, the International Energy Agency calls it the “first fuel”. Energy efficiency should be at the heart of the European Energy Union which should be super-efficient and low carbon. And the biggest potential to reduce energy demand lies in the building sector. In fact, the IEA has cited that over 80% of the saving potential in buildings is ignored. This is ridiculously wasteful and increases Europe’s risk exposure.

Europe’s buildings use over 60% of all gas imports and a third of all oil imports. A political initiative similar to the Marshall Plan to renovate Europe’s buildings could cut these imports by 60% by 2030, and reduce import dependency to zero by 2050. The technology and know-how are there, all it takes is the political will to move on from the current framing and decision making based on incremental changes.

The investment to cut energy waste in the building stock is not a cost, but a long-term investment providing a multitude of benefits to citizens and society at large. The IEA counts at least 15 such benefits, ranging from a larger disposable income for individuals to reduced local air pollution.[1] To ignore these is negligent policy making.

The resulting benefits in the geopolitical context and the multitude of benefits for society must be at the center of political decision making. The October Council meeting needs to reconsider the central role of energy saving opportunities in the context of security and foreign policy. The question is not whether a 30% efficiency target is too high or too low based on incremental cost modelling; the question should be which target is the right one to increase the long-term security of Europe, and how to avoid Europe’s energy system becoming a bargaining chip in foreign policy in times of crisis.

It is self-evident that a super-efficient and low carbon Energy Union should be at the core of political responses to the current list of emergencies, ranging from regional conflicts and radicalisation, high unemployment in Europe and stuttering investments, to the urgent need to address climate change.