By Brook Riley | Friends of the Earth 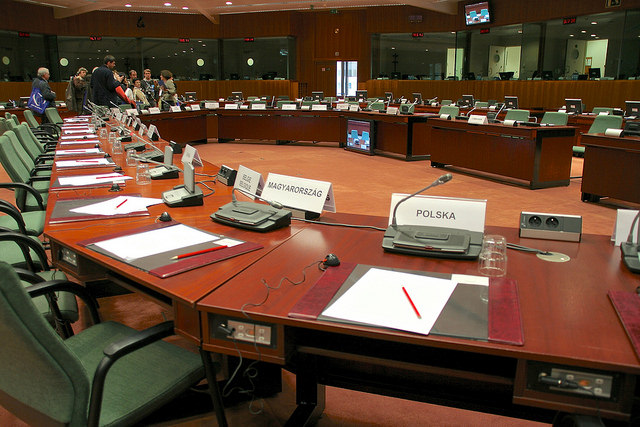 Brook Riley is a campaigner for Friends of the Earth Europe.

Isn’t it ironic that the European Commission’s Energy Union strategy, which was born out of a desire to end gas import dependency, is putting gas in prime position?

If the EU heads of state discussing the Energy Union today see this irony, they have the gas lobby to thank for it.

Groups like the International Association of Oil and Gas Producers, Eurogas, and Gas Naturally are relentlessly peddling spin.

They have three favourite lines. Gas is cleaner than coal and essential to cutting emissions, gas can lower energy prices, and gas is the best backup for intermittent renewables.

Let’s unpick this propaganda.  Gas is lower carbon, if compared with power plant combustion emissions for other fossil fuels. But if you factor in methane leakages during extraction and transportation, gas is comparable to coal. And it’s filthy compared to wind, solar and other renewables.

Given the urgency of taking ambitious climate action, what really matters isn’t to be cleaner than other fossil fuels; it’s to move away from fossil fuels altogether. Saying gas will save us from coal is a bit like celebrating the invention of the filter cigarette. People still die of lung cancer.

The second gas lobby claim is that the fuel source they’re paid to defend is more competitive than renewables or energy efficiency.

This holds only if you focus on short term costs. It’s like buying a new fridge or TV. What’s better, the cheap, energy guzzling model, or the more top of the range but very efficient one?

New gas plants are cheaper than building wind farms or carrying out large scale building retrofits. But what counts are the lifetime operating costs. Renewables and efficiency have practically none. The sun doesn’t send an invoice.

Heads of state know too well what Europe’s current gas import dependency means in terms of price volatility and political uncertainty. And once gas plants are built – alongside the LNG terminals, tankers and pipelines that feed them – their owners have a vested interest in running them as much and as long as possible.

Perhaps the most impressive feat of the gas lobby has been to discredit renewables, whilst still allying themselves with renewables companies. For this I reluctantly take my hat off to them.

The worst of it is, the renewables sector is lying down and taking it. Why? One explanation is that, as The Guardian reported earlier this year, the EU wind and solar associations have to a very large extent been taken over by the gas lobby.

Meanwhile, it goes largely unreported that the gas lobby is calling for hefty subsidies of its own, disguised under the neutral, boring-sounding name ‘capacity payments’.

Those of us who recognise the necessity of an energy transition need to drum home the message that 27% renewables by 2030 is barely more than business as usual, and that it’s totally at odds with President Juncker’s call for Europe to be the world number one in renewables.

And in the year of the Paris climate summit, it’s clear that renewables – combined with efficiency – are the only viable option for clean energy production.

Currently, we have gas lobbyists going round calling gas clean, and getting away with it. This can’t last. EU leaders need to end the preoccupation with gas and put us on a path to a truly clean energy future.