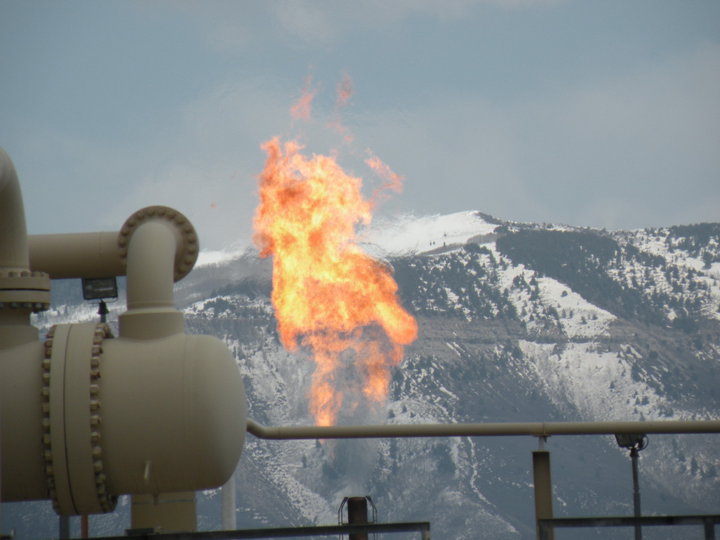 Reliance on natural gas could lead to 'stranded assets' if investments do not pan out how they've been forecasted. [Tim Hurst/Flickr]

Overly focusing on gas could hamstring the efforts of the Energy Union, so the EU should ensure that it facilitates the building of a solid low-carbon technology market, write Thomas Raines and Shane Tomlinson

Thomas Raines is manager of Chatham House’s Europe Programme and Shane Tomlinson is a senior research fellow in its Energy, Environment and Resources Department.

Europe is in the midst of a set of ambitious initiatives to transform its energy sector under the banner of building an ‘Energy Union’. The Energy Union provides a mechanism to manage the foreign policy dimensions of energy and climate issues.

However, the current EU approach to energy security and infrastructure focuses excessively on natural gas. As highlighted in a new Chatham House report, this ‘gas first’ approach risks crowding out other responses to the energy security challenge. It could result in the creation of ‘stranded assets’, if the future gas demand on which investments are predicated does not match projections. A narrow focus on new gas infrastructure could also impede development of other dimensions of the Energy Union.

Over the last two years, the international context has made EU governments more acutely aware of the energy challenges they face. Russia’s actions in Ukraine have given renewed impetus to efforts to reduce dependency on Russian gas and returned energy security to the top of the European agenda.

The landmark agreement at the COP21 conference set a new long-term goal for limiting global temperature increases, which will require additional measures by the EU if this is to be met. Changes in the global oil market are also highly significant for EU energy security, with the rise in US exports alongside Saudi Arabia’s willingness to sustain production contributing to lower prices, but potentially greater volatility. These developments reinforce the rationale for an Energy Union to make the EU’s approach more united and coherent.

While the case for collective action is persuasive, the practicalities remain formidable. Energy is the source of many of the divisions that have hampered the EU’s attempts to build consistent and strategic relations with its energy-supplying neighbours, most notably Russia.

Divergent interests and priorities among member states, conflicting and sometimes contradictory policy aims, the constraints of physical infrastructure: these factors complicate Europe’s efforts to build coherent approaches to the energy challenges it faces.

These difficulties create foreign policy dilemmas for European leaders.  There are clashes between security of supply and human rights concerns, embodied in the EU’s drive to import gas from Azerbaijan despite the repressive policies of the authoritarian regime in Baku. There are trade-offs between short- and long-term goals, visible in Hungary’s willingness to seek preferential terms for Russian gas while sanctions against the Kremlin remain in place. And there are commercial interests that can clash with foreign policy aims.

If realised effectively, the Energy Union would have the potential to transform not just the policies of member states but also, in the longer term, the drivers of their common interests. This could have a marked effect on the EU’s capacity to conduct a unified and effective foreign policy. At present, though, the Energy Union is imperfectly conceived.

The current EU approach to energy security and infrastructure focuses too much on natural gas. This includes prioritising the development of a gas strategy and providing EU level funding to support both new pipelines and liquid natural gas capacity. However, EU gas demand peaked in 2010 and has since fallen by 23%, bringing into question the need for rapidly expanding capacity.

A narrow focus on new gas infrastructure could also impede development of other dimensions of the Energy Union. A prime example of this is the Nord Stream 2 pipeline project – a partnership between Gazprom and a number of European energy firms – which would create a new gas pipeline under the Baltic Sea between Russia and Germany, despite the collective sanctions agreed against Russia.

Instead, the EU should measure more accurately the security benefits provided by low-carbon energy compared with continued exposure to fossil fuels. The EU is rapidly expanding the use of renewable energy, and should commit additional EU-level financing for renewables and energy efficiency. Dramatically falling prices for renewables will challenge traditional energy utility business models. For example, the costs of solar PV cells have fallen by 10–12% per annum for the past five years.

The Energy Union provides a powerful tool to enhance foreign policy in relation to energy and climate objectives. However, the current differences in vision between different member states and the risk of taking a gas first approach could undermine its effectiveness. By rebalancing objectives through a risk management framework that fully recognises the benefits of low carbon options the EU could build a common vision and create a more effective Energy Union.