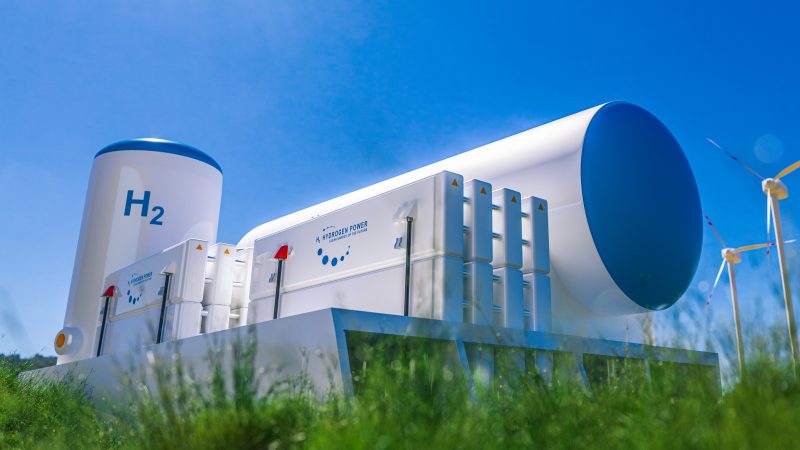 The European governments' intended approach only postpones and lengthens the duration of our problems and opens up avoidable conflicts of interest, argues Luc Grare [Alexander Kirch / Shutterstock]

One thing COVID-19 has made clear is that Europe needs to be more self-sufficient. However, policymakers are looking to Africa and even further abroad for their renewable hydrogen, despite the potential pitfalls of such a plan, writes Luc Grare.

Luc Grare leads the Hydrogen Production Roundtable at the EU Clean Hydrogen Alliance and is responsible for Business Development at the French green hydrogen company Lhyfe.

Europe is scarce in raw materials. It has always been dependent on imports. In fact, we import more than two-thirds of our primary energy needs in fossil fuels today. This seems fine at first, however the age of fossil fuels is quickly coming to an end with Austria and Belgium and other countries phasing out coal.

Considering recent developments, the answer to our energy and dependence problem seems to be hydrogen, to be concrete: green hydrogen.

One thing is quite clear, the use of hydrogen is an indispensable, key factor to secure energy supply and to achieve the European climate goals. But no one succeeds in winning in two disciplines on the first attempt. Despite everything, that is exactly what politics and industry are trying to manage.

The crux of the matter is that producing hydrogen still remains energy-intensive. Splitting water into oxygen and hydrogen molecules requires high amounts of electricity to drive the process. In order to produce climate-friendly green hydrogen, the need for clean electricity from renewables is huge and at present, they are still far from being available to the extent that would be necessary in the future.

This is where Africa and the Middle East come into play. The subject of green hydrogen simply got pushed over the European cliffs to the African continent. These sunny regions offer solid opportunities, building tons of renewable energy systems in order to solve Europe’s future hydrogen problems.

What is actually taking place though, is a basic reproduction of the existing dependency patterns of the two continents.

However, let’s take two steps back to get the broader picture: last summer, the European Commission published its Hydrogen Strategy. It elaborates quite correctly that hydrogen, especially green hydrogen, is indispensable for achieving the ambitious European climate goals.

It explicitly points out that strong domestic hydrogen production and use are inevitable. However, it then goes on to state that in order to meet future needs, the vast majority of hydrogen demand will have to be sourced via imports.

Since we are currently importing oil, gas and coal as raw materials, why does this pattern need to continue with hydrogen? Well, it doesn’t. At least not to the extent currently demanded by politics, business and especially the fossil fuel industry.

When it comes to the total number of hours of sunshine per day, most European countries appear rather modest compared to other countries in the world. As far as offshore and onshore wind plants are concerned, there are certainly locations that will offer stronger wind.

However, it is misguided to avoid the challenge of rapidly building up the necessary infrastructure for renewables in order to be able to produce larger quantities of green hydrogen more quickly.

With each new partner, with each intermediate step and with each additional kilometre of pipeline, the final switch to hydrogen becomes more complex and more expensive – this does not reduce CO2 emissions – rather the opposite.

Now, getting back to the idea of killing two birds with one stone – it’s not an easy task.

We can watch Europe attempt to achieve this, importing green hydrogen from North Africa, Saudi Arabia or even Australia (yes, cooperation agreements are being negotiated even between the most distant continent), firstly to cover one’s own demand for hydrogen in a climate-neutral and cost-effective way and secondly to escape a more rapid expansion of renewable energies.

This would be a nice sleight of hand, but it doesn’t work and above all should not work.

There are plenty of examples in the world showing that dependencies are always accompanied by uncertainties. This is clearly demonstrated by the cobalt deposits in the crisis-ridden Congo, but also by newly flared-up trouble spots in lithium-rich Bolivia or the gas dependence on Russia.

Europeans must not outsource their problems, but in contrast, need to consistently promote the expansion of renewable energies and thus the production of green hydrogen locally.

The European governments’ intended approach only postpones and lengthens the duration of our problems and opens up avoidable conflicts of interest. Getting green hydrogen from abroad as cheaply as possible and only gradually taking care of the expansion of our own renewables counteracts a committed and serious strategy, that aims to be climate neutral by 2050.

The pursuit of European climate protection goals seems to have been unfairly handed off to African states, when they have their own problems to deal with. What Africa needs is a renewable energy infrastructure for their own needs and only then, they should sell their excessive power to Europe.

On top of it, there is a lack of water that is needed for the production of the necessary quantities of green hydrogen. And oil and gas companies have already dried up parts of Africa due to disrespecting the interests of the local community.

Establishing hydrogen production outside of Europe will have to be fundamentally different from how the Western world has handled oil production.

At this point, we really have to ask ourselves whether we can justify setting up hydrogen production overseas and whether we are once again placing ourselves in a position of dependency.

Finding the right answers is a matter for politics. Showing the world that Europe can stand on its own two feet is the task of ambitious and innovative companies that take matters into their own hands without hesitation.

One can merely hope that all those involved will stop behaving as if the existing half-baked plan is the only way forward.