Europe is dragging its feet on CCS 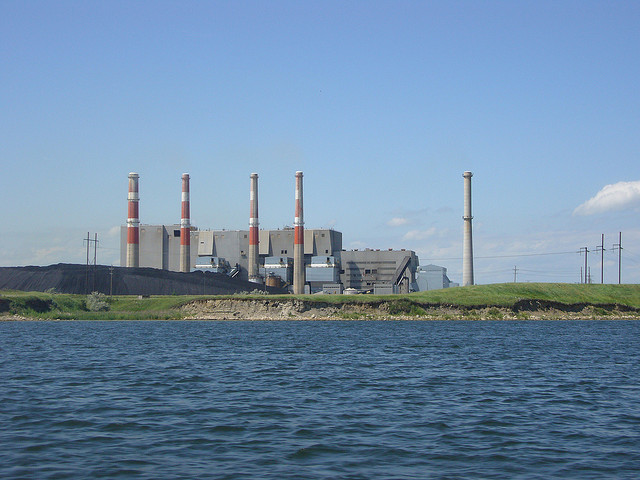 Samuela Bassi is a policy analyst at the Grantham Research Institute on Climate Change and the Environment at the London School of Economics and Political Science. She is is the lead author of Bridging the gap: improving the economic and policy framework for carbon capture and storage in the European Union.

The weight of scientific evidence shows it will be very challenging, and considerably more expensive, to prevent dangerous climate change of more than two degress without utilising large-scale carbon capture and storage (CCS) plants in the power and industrial sectors. However, the vast majority of European Union (EU) member states lack a formal plan to develop and implement the technology.

Without CCS the EU risks veering off course from its plans to decarbonise its energy system. All scenarios outlined in the European Energy Roadmap, which leads up to 2050, involve using CCS to reduce greenhouse gas emissions from the burning of fossil fuels. Yet progress of CCS technology has been painfully slow.

There are no commercial CCS plants currently operating in the EU. North America, by comparison, boasts 13 commercial CCS plants already, with six more under construction. Although the EU has six CCS plants in various stages of planning, it is unclear how many of them will ever secure enough financing to move from project concept into project operation. At the moment only two, the White Rose and the Peterhead projects in the UK, are closer to a final investment decision. The EU is dragging its feet.

Our recent analysis on CCS shows that high costs are one of the biggest barrier to the widespread use of CCS technology at the moment.  While the technology is well understood, it is still far too expensive compared to fossil fuel technologies without CCS technology.

Between €18 billion and €35 billion may need to be invested by 2030 if we are to build the 10GW of CCS power plants envisaged by the Energy Roadmap. To date only €1.3 billion of public European funding has been allocated to CCS. That is just a fraction of what is required to roll out CCS at scale, and even more funds will be needed to develop the supporting infrastructure.

CCS costs are expected to come down thanks to technological innovation, economies of scale and efficient transport and storage infrastructure, but this necessitates investment in fully operational plants as soon as possible. The developers of the world’s first operating CCS power plant, the Boundary Dam CCS project in Canada, said that they could save up to 30% of the costs of building an identical CCS plant, simply because of lessons learnt throughout that project. More on-the-ground experience will help ascertain the true extent to which the cost of CCS can come down.

The EU and its member states need to ramp up ambition if they are to deliver more than a tenfold increase in funding in the next 15 years. We cannot rely on the price of carbon in the EU Emissions Trading System alone to make CCS commercially viable.

The carbon price would need to increase from less than €8 per tonne of carbon dioxide equivalent to between €35 and €60 if a coal-fired power station fitted with CCS technology were to be competitive with conventional coal plants. For CCS gas-fired power stations the carbon price would need to be even higher, between €90 and €105 per tonne. It is very unlikely that the EU Emissions Trading System will achieve these levels for another decade or so.

More needs to be done. If the European Commission is to keep on course with its Energy Roadmap, it should step up and provide leadership on CCS. Stronger policy and legislation should be introduced at both national and European levels to provide the private sector with much needed investment signals of intent. This would require an overarching European Strategy on CCS. Such a strategy should include more support for research and development, a new funding mechanism for early stage development projects, and financial incentives for electricity generators.

The European Commission should stimulate much needed action and coordination by inviting member states to assess their potential to capture and store carbon. It should provide policy guidance, set milestones to measure progress and coordinate transport infrastructure planning.

Ultimately, the public and private sectors both have a role to play. Traditionally the burden of investment in CCS technology has fallen on the public sector and energy suppliers. It is time to think about how others, including upstream producers of fossil fuels, can contribute too.

Collective action is needed, and we must not hesitate.