"The EU doesn’t have a formal competence to adopt forest policies and it seems that because of this any progressive attempts to restrict support for the use of wood for energy in the RED have been held hostage." [Jakub Kocja/Flickr]

Linde Zuidema is a bioenergy campaigner at the forests and rights NGO Fern.

On January 17, Members of the European Parliament (MEPs) voted on the European Commissions’ proposal for a Renewable Energy Directive for after 2020, including measures relating to bioenergy sustainability.

The outcome defied the evidence of hundreds of scientists, the appeals of numerous NGOs, and the will of increasing numbers of EU citizens.

But EU policymakers have failed to ensure that continuing the support for burning wood for energy will help fight climate change. The five main reasons are the following:

Wood is a source of carbon, and burning wood leads to immediate CO2 emissions (even more than burning coal). The scientific consensus that burning wood is not carbon neutral is now overwhelming. Trees do not grow back fast enough to compensate for these initial emissions, which means the wood is not generally a sensible alternative to fossil fuels. More than 800 scientists warned the EU that its climate strategy of burning wood could backfire, undermining its commitments to the Paris Agreement.

Using wood waste and residues – as opposed to burning trees – for energy does have some potential in reducing emissions compared to fossil fuels. However, the majority of MEPs have chosen to ignore science and vote against proposals that would avoid the harvesting of trees for bioenergy.

Instead, they yielded to the intense pressure exerted by the forestry and energy sectors, as well as those Member States – in particular, Finland and Sweden – who have a vested interest in maintaining the status quo by relying on intensive forestry to feed their burgeoning bioenergy industries. 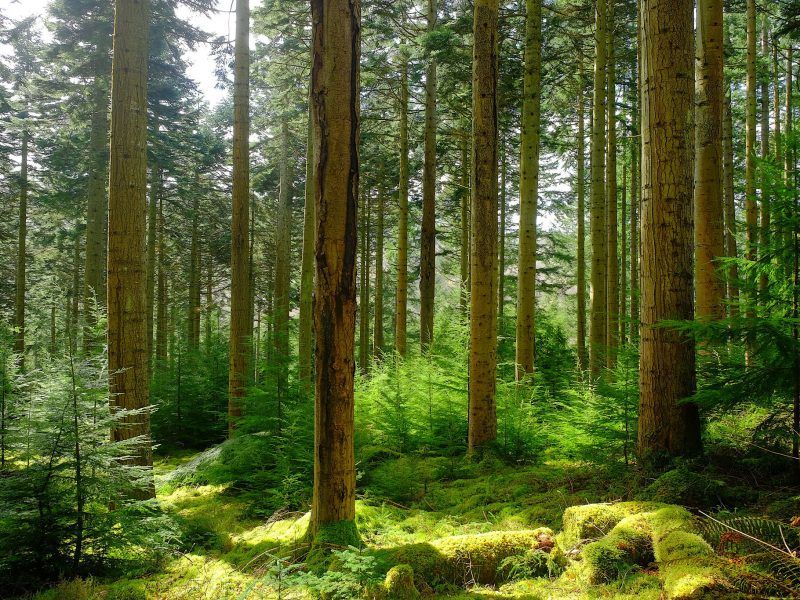 Forests are Europe’s biggest carbon sinks and forestry the sector with the greatest potential to remove carbon dioxide from the atmosphere in the quantities needed to meet the bloc’s objectives under the Paris Agreement.

The Parliament – which is normally known for it’s a progressive stand on the climate and environmental issues – confirmed the Commission’s approach to forest biomass sustainability, by relying on existing rules on Sustainable Forest Management and accounting for emissions from the land and forest sector (LULUCF).

Worse still, they even managed to considerably weaken them. The proposal is fundamentally flawed, as it ignores that biomass is a limited resource and that encouraging wood use for energy can affect the storage of carbon in forests and wood-based products. You can cut down a tree from a sustainably managed forest, but that doesn’t mean it is sustainable to burn that tree. Accounting for emissions from forest harvest as such doesn’t prevent bioenergy leading to more net emissions. The approach simply allows for Business as Usual, and risks greenwashing the use of wood for energy.

With a weak sustainability policy, the use of wood for energy production is likely to increase. Member States have predicted increasing forest harvests for bioenergy will have a negative impact on forests’ capacity to remove and store carbon from the atmosphere (and thus on their ability to compensate for the initial emissions). With limited biomass supplies domestically, it is also likely more wood will be imported from overseas. Both will contribute to climate change, instead of reducing emissions.

With these positions, the EU also sends out the worrying signal across the world that tearing down trees to burn them instead of coal is somehow good for the climate. Countries such as Korea, China and Japan are already following the EU by shifting big coal installations to biomass, at a much larger scale.

A policy that encourages the use of wood for energy needs to start from the basic understanding that wood is a source of carbon and a limited resource.

But the EU doesn’t have a formal competence to adopt forest policies and it seems that because of this any progressive attempts to restrict support for the use of wood for energy in the RED have been held hostage.

This is a missed opportunity. The debate shouldn’t be about how forests are being managed, but what uses of wood should be encouraged for the sake of climate change mitigation, and therefore be exempt under EU state aid rules.

In the coming months, the EU will negotiate on this policy. We hope that policy-makers will act to, at the very least, limit biomass burning in large scale, inefficient power stations. The alternative of spending billions of taxpayers’ euros (or pounds) to burn biomass in power plants cannot be justified.