Swift implementation of the EU’s energy and climate commitments is only possible if the next EU budget gives a clear signal to invest in a transition to a low-carbon economy, write Lisa Fischer and Elisa Giannelli.

Lisa Fischer is a Senior Policy Advisor at E3G, an independent think tank operating to accelerate the global transition to a low carbon economy. Elisa Giannelli is a Junior Researcher at E3G.

Despite its limited envelope[1], the Connecting Europe Facility (CEF) directly shapes the EU clean energy and climate landscape, as it is responsible for enabling the creation of an integrated and well-connected Energy Union. Following the Commission’s proposal in June 2018, the Parliament and Council are in the process of defining their positions. The energy and transport Committees will jointly vote on the Parliament’s position on November 22nd.

There are 4 priorities for designing a post-2020 Connecting Europe Facility that enables a modern, clean and connected Europe.

Under the current CEF energy portfolio, the largest share of funding (€1.33 billion) has gone so far to 53 gas projects, followed by 48 electricity projects (€1.27 billion) and only two smart grid projects (€0.04 billion). The CEF proposal, as it stands, gives conflicting signals by allowing investments contrary to the EU’s climate goals, such as fossil fuel related investments. When negotiating, the European Parliament and the Council must not forget that the CEF is a key instrument to facilitate the Union’s commitment under the Paris Agreement to reach a zero-emission society.

Phasing out public funding for fossil fuel infrastructure is also an investment for an energy independent and modern Union. Investments contributing to increased gas consumption in the EU will raise future import bills and weaken EU energy security.

Considering the impacts of EU decarbonisation policies and the lifetime of gas infrastructures (around 40 years), further investment on these fossil projects would risk stranded assets and unnecessary spending, diverting it from more competitive and cleaner technologies.

In 2013, the Trans-European Networks for Energy (TEN-E) Regulation was adopted to outline the EU energy network priorities – based on a 2011 Commission’s Communication. The TEN-E also set up the so-called Project of Common Interest (PCI) lists, which have a direct impact on CEF energy expenditure, because being part of the PCIs list is an eligibility criterion to receive CEF funds.

Investment decisions must be based on an updated analysis of energy network needs. The infrastructure priorities outlined in the TEN-E regulation (Annex II) are listing many gas corridors as priority, but the Commission expects the gas networks to be complete by the early 2020s[2].

Therefore, further investments on gas infrastructure will not be needed. The scale and scope requirements for smart grids (Annex IV) make it extremely hard for these projects to be eligible, resulting in only four smart grid projects becoming PCIs so far and even less funded through CEF. Adopted in 2013, the TEN-E regulation does not take into account the Clean Energy Package, the Paris Agreement, nor the latest IPCC 1.5°C report. 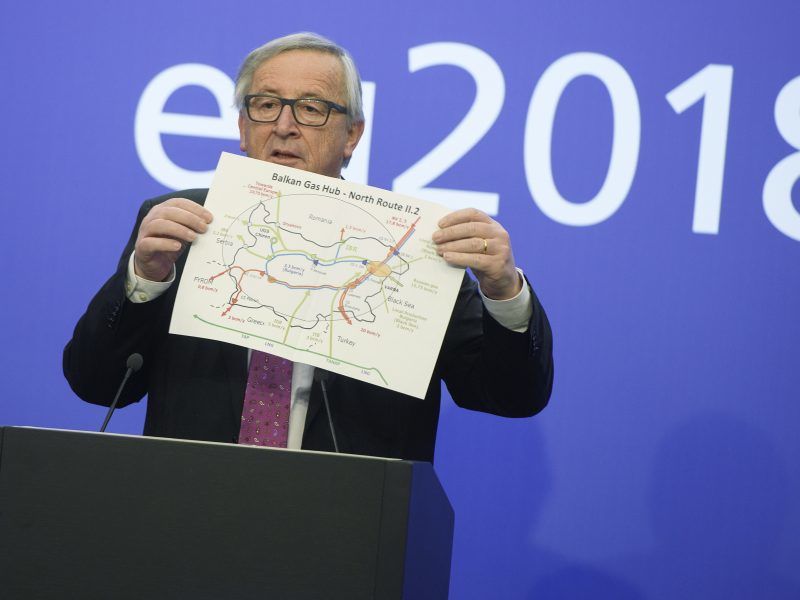 Many of the existing ‘Projects of Common Interest’ in the gas sector struggle to make economic sense and might end up as stranded assets. This waste of public resources must stop, writes Danila Bochkarev.

The design of a future-oriented Connecting Europe Facility must include demand-side and energy efficiency measures to build a dynamic and efficient energy system.

The “Energy efficiency first” principle as defined in the Energy Union Governance should be included in every sectoral legislation of the EU budget, to ensure the consistency with the EU targets and a real cost-efficient and sustainable spending.

The investment in energy efficiency projects will have important co-benefits for the European economy – namely, lower gas demand[3], higher energy security, lower energy costs both for citizens and industries[4], improve the quality of life, and create new jobs[5].

The Commission’s proposal for the post-2020 Connecting Europe Facility includes funding to cross-border renewable energy projects – such as offshore wind hubs in the North and Baltic seas and renewable energy cooperation in Southeast Europe.

The Commission suggests dedicating “up to 10%” of CEF funding to these projects, some members of the European Parliament have called for a higher target, from 15% to 25%. While the Commission is suggesting a ceiling limit, it seems appropriate to change it into a floor limit. Otherwise, if the Union dedicated only 1% of the fund to cross-border renewables projects, this would still respect the text.

A dedicated envelope of “at least 20%” would send the right political signal to project developers and private investors and be able to cover higher demand.