From Brussels with love: the secret to spending the recovery fund 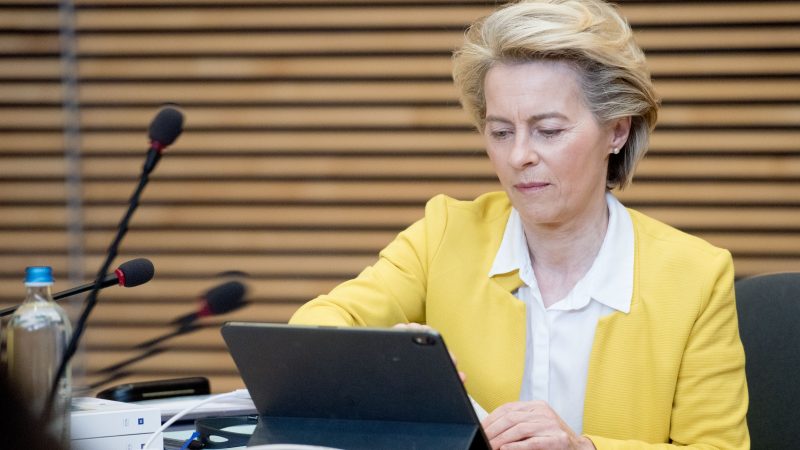 President von der Leyen and Executive VP Timmermans need to promote the help available from the Commission to boost the use of recovery funds. [Etienne Ansotte / EC - Audiovisual Service]

Never before has so much money had to be spent so quickly by so few people – if Winston Churchill was around today that is probably what he would say about the EU recovery funds.

There will be up to €750bn in the Next Generation Fund, but the money will be out of reach if it isn’t spent by the end-of-2026 deadline, and counter-productive if it does not prioritise climate action.

The fact is raising money is a lot easier than spending it well. The Commission’s budget directorate is already borrowing billions at near-zero interest rates for unemployment support. The recovery fundraising will be the same on a bigger scale.

True, the German constitutional court is holding up formal ratification of the recovery funds. But it took the same line with the European Central Bank’s pandemic emergency programme, which went ahead anyway. Sooner or later, the money will be available.

And therein lies the problem. Member states are already struggling to absorb their share of the standard seven-year EU budget. How are they going to cope with a 60% increase in funding?

This might seem obvious. But until about three weeks ago it was extremely difficult to spend the EU recovery funds on technical assistance. What has changed?

First, the Commission’s special RECOVER task force has reworked the official guidelines for funding technical assistance. Until the change countries had to allocate funds on a project-by-project basis – that is to say, a separate budget for all the projects in each of the national recovery plans.

This was far too complex. Given the rush to prepare the recovery plans for the end of April and the struggle to come up with eligible projects, technical assistance wasn’t getting prioritised. And even if it had been, it would have been splintered across hundreds of different initiatives.

Now countries can create horizontal budget lines for technical assistance and spend the money more or less as they see fit. It’s a crucial difference.

Second, there is more and more EU-level support to help countries use new technical assistance budgets. There is the Commission’s REFORM directorate, with over €100m a year to provide ministries and other applicants with expert consultancy advice. There is the EU Advisory Hub, which is being re-invented as a sort of pan-European support centre for project development. And there is the European Investment Bank, to name just a few. They all have a mandate to prioritise green investments.

Admit it though – just reading through this list was an effort. That’s a big part of the challenge. Technical assistance is like Clark Kent: superficially dull but with concealed superpowers that can make all the difference.

That’s something Commission President Ursula von der Leyen, Executive Vice-President Frans Timmermans and others need to realise: they have huge soft-power at their disposal, which they need to explain and advertise more, starting with the new RECOVER guidelines. You could call technical assistance ‘from Brussels with love’ and you wouldn’t be wrong.