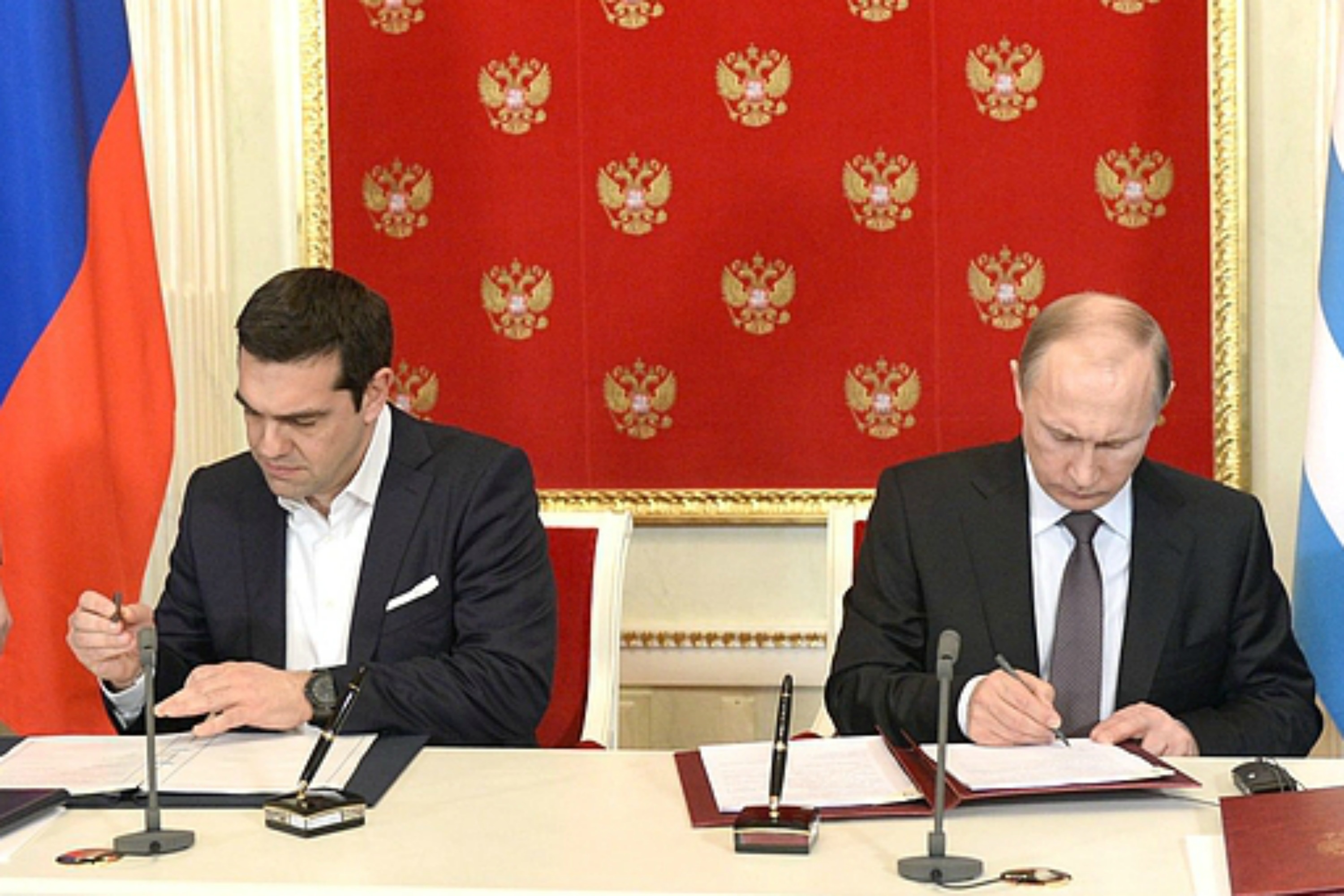 Dr. Sijbren de Jong and Dr. Willem Oosterveld are Strategic Analysts at the Hague Centre for Strategic Studies (HCSS). This op-ed was first published with The New Eastern Europe, a bimonthly dedicated to Central and Eastern Europe.

On 1 July 2015, Russia’s state-owned gas company, Gazprom, announced that had it ceased deliveries of natural gas to Ukraine for the fifth time in a decade. The decision was the result of a breakdown in negotiations between Ukraine and Russia on a new agreement concerning the price of gas. For Gazprom and Russian President Vladimir Putin, the breakdown in negotiations represents a fresh opportunity to illustrate to EU member states that Ukraine is an unreliable partner and that it would therefore be in EU states’ interests to engage directly with Gazprom and do away with Ukrainian transit altogether. In fact, Gazprom repeatedly stated that it intends to do just that after 2019. However, in promoting alternative pipeline routes such as the Turkish Stream and Nord Stream, which bypass Ukraine, Putin and Gazprom forget that in Europe, politics do not trump the rule of law; rather it is the rule of law that trumps politics.

For many years, Russia has advocated that the frequent gas interruptions are the fault of transit states such as Ukraine, whom the Kremlin sees as unreliable. As a result, Gazprom rolled out several pipeline projects that would bypass Ukraine altogether and provide a direct route to its customer base in Europe. On 18 June, Gazprom announced an agreement with Royal Dutch Shell, Germany’s E.ON and Austrian energy company OMV to double the capacity of the ‘Nord Stream’ pipeline – an existing 55 billion cubic metres per year (bcm/y) capacity pipeline that connects Russia to Germany via the Baltic Sea.

On 1 July, Turkish officials announced that Ankara and Moscow are likely to finalise a deal on gas prices for the Turkish Stream pipeline by the middle of the month. Turkish Stream is a 63 bcm/y pipeline project to ship Russian gas via the Black Sea to Turkey and onwards to South East Europe. The project was announced as a replacement for the now defunct South Stream pipeline on 1 December 2014. South Stream failed because it did not comply with Europe’s rules on competition, which stipulate that under EU law, energy companies are not allowed to simultaneously own production capacity and transmission networks. With their latest pipeline endeavours, Putin and Gazprom appear to have learnt little from the South Stream debacle. The 1 July announcement notwithstanding, negotiations between Turkey and Russia have not exactly been progressing smoothly in recent months. Barely a week ago, Ankara warned that it could seek international arbitration if both parties failed to come to an agreement. Russia has agreed to cut prices by 10.25%, but Turkish state-owned gas company BOTAS is likely to want a bigger discount from Gazprom. Turkey knows all too well that Russia needs to use Turkish territory in order to dodge the EU’s rules on Third Party Access.

This brings us to the real sticking point. Supplying gas from Russia to Turkey is one thing, but transporting gas from the Turkish-Greek border to South East Europe is a wholly different matter. On 18 June, during a visit to St Petersburg, Greek Prime Minister Alexis Tsipras signed a Memorandum of Understanding with Gazprom that would see the construction of a gas pipeline, an extension of the Turkish Stream project, which will carry Russian gas further into Europe. Russia committed to pay for the pipeline and provide hundreds of millions of dollars in transit fees. This is where Tsipras should have realised he is being used as a stooge in a larger scheme. Why would Gazprom agree to fund a pipeline across Greek territory if it will be forced to share the capacity in accordance with EU law? If the South Stream episode demonstrated one thing, it is that Gazprom does not like to share. What’s more, Greece is in no position to fund the pipeline itself and the case for private financing is weak. In addition, the Greek government will have a difficult time trying to prove to the European Commission that such a pipeline will contribute to source diversification rather than mere route diversification for Gazprom. Putin knows he can use Greece to drive a wedge between Brussels and individual EU member states. Tsipras should have known better than to mislead his own people with what looks like another pipedream at such a crucial time for his country.

The announcement to extend Nord Stream also raised eyebrows. Owing to disagreements over the access regime to the OPAL pipeline that connects Nord Stream with European markets, the existing Nord Stream pipelines are not used to their full capacity. Although the latest agreement represents only a Memorandum of Understanding and no solid business deal, the idea to extend Nord Stream is remarkable for numerous reasons. If one adds up all the existing and planned pipeline capacity that bypasses Ukraine, the construction of both Turkish Stream and the extension of Nord Stream would merely lead to overcapacity. Moreover, European Commissioner for the Energy Union, Maroš Šef?ovi?, was quick to remind parties involved with the Nord Stream extension that these pipelines would have to comply with EU rules. He also noted that if doubling Nord Stream would mean the end of the Ukrainian gas transit network (GTS), this would harm European energy security as it reduces transit from three lines to just two. Ultimately, something has got to give. It is unlikely that both pipeline projects will be realised and Gazprom’s stated aim of getting rid of Ukrainian transit from 2019 onwards looks increasingly unrealistic.

These observations give credence to the perception that Putin and Gazprom are involved in a flurry of pipeline politics that aims to create a larger North-South divide in Europe, based on energy policy. What Putin forgets is that in trying to build Turkish Stream and extend Nord Stream, Gazprom is likely to face a protracted legal battle with Brussels – one that the Eurocrats are likely to win. What’s more, given the constraints posed by EU competition rules, Turkish Stream is likely to find its Waterloo with the construction of just the Turkish pipeline. Not only would this leave several EU member states, including Greece, bereft of a role as a transit state, it would also ensure that Ukraine continues to have a role to play in European energy security. In Europe, the rule of law trumps short-sighted politics and rewards such as cheap gas, and it is high time that Putin, Gazprom, and EU leaders alike to started realising this.