Germany could quit fossil fuels by 2035 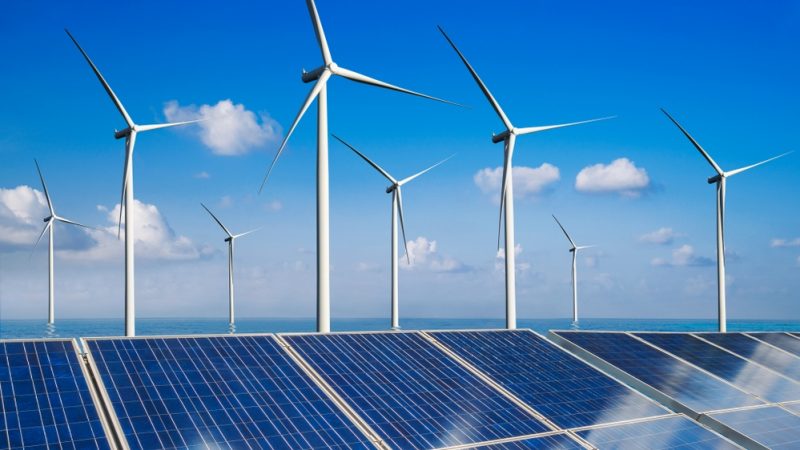 By rapidly rolling out solar, wind, battery and electric vehicles in the most optimal combination, Germany can become completely energy self-sufficient for less than what it currently spends on fossil fuels, writes Nafeez Ahmed [SHUTTERSTOCK | BLUE PLANET STUDIO]

Germany could shift all of its current electricity demand onto solar, wind and batteries within the next 10 years for just €35.2 billion per year and could be completely energy self-sufficient by 2035 for less than it currently spends on fossil fuels, writes Nafeez Ahmed.

Dr Nafeez Ahmed is director of Global Research Communications at RethinkX, a technology forecasting think-tank, based in San Francisco and London. He is the co-author of RethinkX’s new policy primer, Germany’s Path to ‘Freedom Energy’ by 2030.

Russia’s invasion of Ukraine has laid bare the folly of Europe’s dependence on volatile Russian oil and gas imports. While political leaders scramble to find immediate ways to reduce this dependence, they ought to recognise that within this unprecedented crisis is an unprecedented opportunity.

Our new analysis shows that Europe could use this crisis to launch a bold new era of energy security and economic prosperity unlike anything seen before.

The cheapest, fastest and most effective pathway for Europe’s largest economy to achieve self-sufficiency, security and resilience involves accelerating the ‘clean disruptions’ of the energy and transport sectors.

By rapidly rolling out solar, wind, batteries and electric vehicles in the most optimal combination, Germany can become completely energy self-sufficient for less than what it currently spends on fossil fuels, paving the way to save trillions of dollars in the coming decades – and it’s achievable within around a decade.

In the new policy primer which I co-authored with Tony Seba, James Arbib and Adam Dorr, we explain how supersizing electricity generating capacity several times already existing demand dramatically reduces battery storage requirements, while generating more than enough energy to get through the darkest days of winter.

This strategy generates huge surpluses of electricity at zero marginal costs for most of the year. Instead of curtailing such ‘super power’, it can be harnessed for vast new applications which will transform and enlarge electricity grids.

And because this approach requires far less battery storage, its overall costs are much cheaper than conventionally recognised.

When the RethinkX research team applied this approach to Germany, the findings were astonishing: Germany can shift all its current electricity demand onto solar, wind and batteries within the next 10 years at a total cost of just €35.2 billion a year. That’s less than 1% of Germany’s GDP, and less than its current annual fossil fuel subsidies.

But this is just the beginning. Because Germany can rapidly transform not just its electricity system, but its entire energy system by 2035.

By spending just €108 billion every year over the next 15 years, we found that Germany can completely eliminate all fossil fuel use for electricity generation, residential and commercial heating, and road transportation. This annual spend is cheaper than what Germany spent on fossil fuel imports and subsidies (approximately €116 billion) in 2021.

This scenario is also pragmatic. While Germany is building out the new system, it should temporarily retain its existing nuclear, hydropower and gas peaking generator capacity for baseload, while ramping up heat pumps, insulation and smart metering.

This would allow Germany to displace its existing electricity demand of around 500 terawatt-hours (TWh), generate a further 510 TWh of additional electricity for heat and transport, and then further generate a massive ‘super power’ surplus of 1,636 TWh, by 2035.

This will not be a simple one-for-one substitution of the old system, but rather a phase transformation with tremendous cascading effects across the whole of German society.

The new clean energy system will have entirely new dynamics and properties. The energy it generates will be an order of magnitude cheaper than today, at zero marginal costs for much of the year.

Such clean energy superabundance will create a dramatic reduction in the cost of living and industry, opening up new possibilities for business model innovation and value creation in a similar way that zero-cost information did with the Internet.

For instance, Germany will be able to electrify diverse services like water desalination and treatment, waste processing and recycling, metal smelting and refining, chemical processing and manufacturing, cryptocurrency mining, distributed computing and communications, carbon removal – and beyond.

So there’s no need to wait for ‘miracle’ or ‘breakthrough’ energy technologies. Germany just needs to accelerate the scaling of existing technologies by leveraging the power of markets.

That requires creating open and competitive electricity markets through ending all non-emergency subsidies for new fossil fuel and conventional energy investments; state support for electrification of residential heating and cooking; and an Energy Bill of Rights allowing individuals, communities and companies to generate, store and trade electricity. Germany should also protect people by transitioning them from economically obsolete incumbent industries into new booming electrification industries.

Not only will Germany not have to build any new fossil fuel, nuclear, hydrogen, hydropower or geothermal power, but after 2035 it will never need to import fossil fuels again.

This has huge implications. Because if Europe’s largest economy can rapidly and cheaply transform from abject fossil fuel dependence to clean energy superabundance, the rest of Europe can do it too.