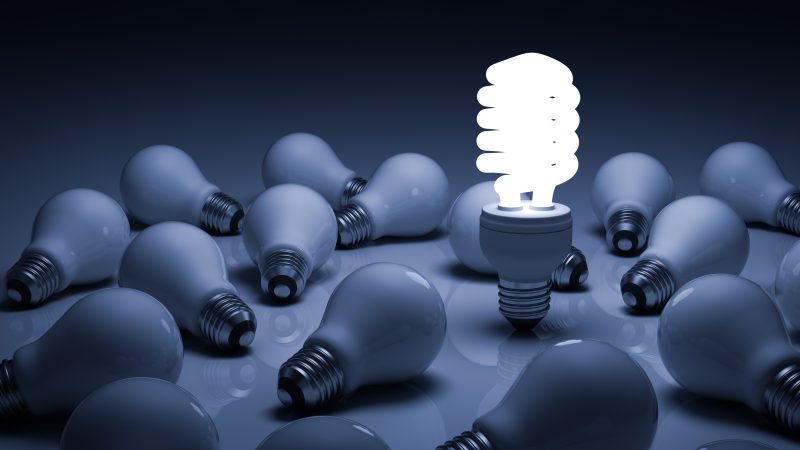 Now is no time to go easy on fossil fuels. It is the moment to deploy more clean energy sources and consume less of it, writes Harry Verhaar.

Harry Verhaar is head of global public and government affairs at Signify, a Dutch company that is a world leader in connected LED lighting systems. Verhaar is also Chair of CLG Europe, part of the University of Cambridge Institute for Sustainability Leadership.

As global climate talks get underway in Glasgow amid surges in fossil-fuel prices, the European Union is showing the green path ahead for the world as a whole.

The energy crunch – triggered by a natural-gas shortage – reflects the importance of boosting renewable sources, including wind, solar and hydropower. The squeeze also shows the need to improve energy efficiency.

Clean energy and energy savings happen to be at the heart of the EU’s recent broad package of draft legislation meant to step up the 27-nation bloc’s fight against climate change. Presented before the current energy crisis flared, the proposals represent the underlying answers to it.

Amid heated debates about the energy-price increases, the EU and others must prevent short-term political optics from skewing the view of longer-term policy solutions.

Because it aims for a 55% reduction in EU greenhouse-gas emissions in 2030 compared with 1990 levels (rather than just a previously agreed 40% cut) through stricter curbs on fossil fuels, the mid-July legislative package from the European Commission risks looking ill-timed.

The opposite is true, especially given the EU’s ultimate goal of becoming climate-neutral by 2050 and spurring the rest of the world to follow suit.

Parallel proposals from the Commission to expand the use of renewables and enhance energy efficiency across the EU show why the “Fit for 55” package needs hasty approval by the European Parliament and national governments, which are beginning their scrutiny process.

Renewables are relatively cheap and already account for around a fifth of EU energy consumption on average. Under existing European legislation, their share is meant to grow to at least 32% of the EU market by 2030.

The Commission has proposed to raise this minimum target to 40% as part of the package, an acknowledgement that renewables still need to be actively promoted by policymakers even as the regulatory screws are tightened on fossil fuels.

No less significant is a Commission proposal to increase the EU’s energy-efficiency target in 2030 to 36% of final consumption from 32.5%.

EU governments and the bloc’s Parliament should strengthen the “Fit for 55” package by setting even more ambitious 2030 targets for renewables and energy efficiency of, for example, 50% and 40%, respectively.

Businesses like Signify are keen on a clear new EU legal framework for climate protection to accelerate needed investments in renewables and energy efficiency.

According to our calculations, upgrading the EU’s existing 2.3 billion conventional lights to LED would reduce carbon-dioxide emissions by 51 million tonnes and save on 188.5 Terawatt-hour of electricity. This is equivalent to the CO2 stored by a forest size a little larger than the UK and to the electricity needed to charge 55 million electric vehicles a year.

Energy efficiency is the lowest-hanging fruit on the climate tree. After all, the most sustainable energy is the energy we don’t use.

This area also promises economic rewards by increasing the spending power of households and small businesses and by creating employment. For every €1 million invested in the energy renovation of buildings, 18 jobs on average are created, according to the International Energy Agency.

In this context, member countries must make climate-friendly projects – including a renovation wave – a priority when spending the hundreds of billions of euros in unprecedented funds raised by the EU to overcome the coronavirus-induced economic slump.

Those national recovery plans are supposed to have a minimum 37% green-spending goal. With the funds starting to flow, governments should try to overshoot the target.

The EU faces daunting tasks in putting its economy on a firm green footing and prodding the rest of the world to do the same. Now is no time to go easy on fossil fuels. It is the moment to deploy more clean sources of energy and to consume less of it.