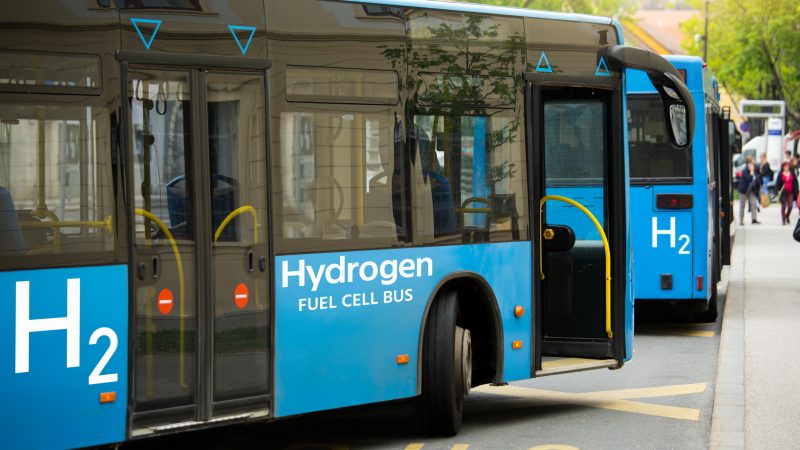 Using renewable electricity to produce green hydrogen would divert green electrons away from powering our homes or electric cars, writes Geert De Cock. And the resulting gap is likely to be filled by gas-fired turbines or, in a worst case scenario, even coal-fired power plants, he warns. [Scharfsinn / Shutterstock]

Do you know the expression “robbing Peter to pay Paul”? It refers to a 16th-century event whereby the assets of a church with patron Saint Peter were used to pay for repairs of the cathedral of Saint Paul.

The expression generally means that a person borrows or even steals money from someone to settle a debt owed to another person. Needless to say, this is not prudent financial management, as the person will have to keep stealing or borrowing money to pay off an ever-increasing number of debts. Today, we’d maybe refer to it as a Ponzi scheme.

This old expression came to mind while thinking about green hydrogen, made from renewables. If electrolysers source renewable electricity from the grid, isn’t this a bit like “robbing Peter to pay Paul”?

The net effect of diverting renewable electrons away from powering our homes or electric cars towards an electrolyser to produce green hydrogen would be that flexible sources of power will fill the gap left behind.

And those flexible, so-called ‘marginal’ units are predominantly gas-fired turbines or, in a worst-case scenario, even coal-fired power plants.

The end result will be close to zero-carbon, renewable hydrogen, but also dirtier grid electricity. We won’t have achieved any emission reductions, but rather shifted emissions around, displacing them from the transport sector to the electricity sector.

How can we – to stick with the expression – avoid robbing electricity-Peter to pay transport-Paul? To avoid that scenario, the European Union introduced into the Renewable Energy Directive the concept of additionality, which means that producers need to be “adding to the renewable deployment or to the financing of renewable energy”.

But the European legislators refrained in 2018 from defining the concept in any more detail than what is stated in the previous sentence. The Commission was requested to develop a concept by the end of 2021.

That discussion is now in full swing, as a proposal for a Delegated Act on so-called Renewable Fuels of Non-Biological Origin will be presented this summer.

Depending on how committed one is to reducing rather than displacing emissions, there is a spectrum of positions on additionality: There is a minimalist camp and a maximalist camp.

For the minimalists, additionality is a cumbersome concept. They would prefer to flood the market with greenwashed rather than green hydrogen.

This can be done by buying Guarantees of Origin, which show that somebody somewhere produced renewable electricity (e.g. a hydropower plant in Norway) and pretending that those renewable electrons were used to power an electrolyser in, for example, Germany (even though in reality a gas-fired turbine met the increased electricity demand).

If real rather than ‘certified on paper’ emission savings are the goal, producers of renewable hydrogen and other electrofuels must enter into a Power Purchase Agreement for new renewable installations (e.g. a large-scale photovoltaic installation and/or an offshore wind farm) to cover their electricity demand.

And the electrolyser should be run when and where that renewable electricity is available (“a temporal and geographical correlation” in the language of the Renewable Energy Directive).

Transport & Environment and progressive industry players are clearly in the maximalist camp.

Drawing the lessons learnt from the biofuels debacle, we urge policy-makers to choose quality over quantity: The carbon footprint of crop-based biofuels looked good, as long as we ignored the emissions of burning down rainforests to expand palm oil and soy plantations. Let’s not repeat a similar mistake when it comes to green hydrogen.

Hydrogen and efuels are an essential tool to decarbonise long-distance transport, supplying planes with green e-kerosene and ships with green e-ammonia. However, hydrogen is an energy carrier that is only as clean as the energy used to produce it. To be more precise, as the additional renewable energy used.

Today, the renewable hydrogen industry is non-existent but it will need to be scaled up in the next decade. A stable regulatory environment built around the concept of additionality is the best guarantee to produce significant volumes of green rather than greenwashed hydrogen.