By Ellen Baker and Violeta Keremidchieva

Cracks are starting to show in the coal industry, even in Bulgaria, where the government bends over backwards to keep it burning, write Violeta Keremdchieva and Ellen Baker. [Greenpeace]

One of Bulgaria’s cornerstone coal mines has been forced to shut down, raising questions over the future of energy production and employment in the region, as well as coal’s future in the country, write Violeta Keremidchieva and Ellen Baker.

Violeta Keremidchieva is a campaigner at Bulgaria’s Za Zemiata (Friends of the Earth). Ellen Baker is Communications Officer at ClientEarth,  a non-profit environmental law organisation.

Za Zemiata and ClientEarth are members of the Europe Beyond Coal coalition, campaigning for a just transition to a clean energy future in Europe.

Welcome to Golemo Selo. It’s a village near the Bulgarian town of Bobov Dol and on still days, you’ll find it covered almost entirely in a light layer of flour-like black dust.

For the people living there, this dust is part of the landscape, coating children’s play equipment, cars and darkening windows. It showers gently down as the local coal plant fires day in, day out, lending stark outlines to the buildings. Local people object to the smell and the dirt, but talking to them suggests knowledge of the real dangers of pollution is minimal. 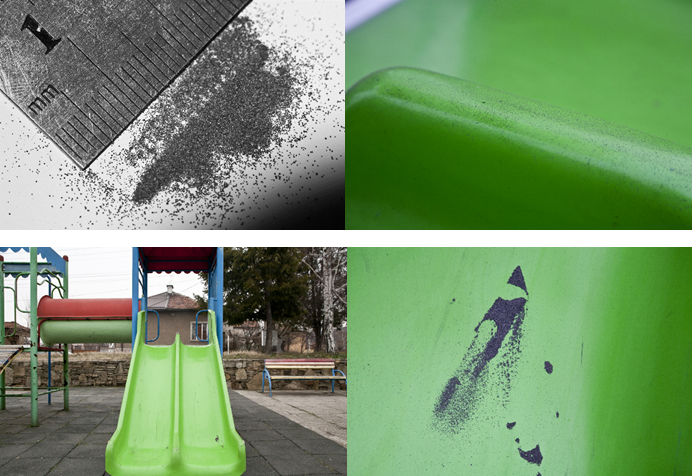 Posing a serious threat to people’s health, the dust is a major problem. But another, even bigger question lies in what happens when economic realities squeeze the plant – and plants all over Bulgaria – out of business.

A community staked on coal

The region of Bobov Dol is, economically, heavily dependent on producing coal and burning it for power. The first coal mine there opened in 1891 and the coalfield has provided jobs for over a century. The situation is the same in regions across Bulgaria.

But by now, the equipment, the regime, the employment conditions and the politics that keep coal alive in Bulgaria are all decidedly out of date. The coal industry provided well-paid but physically strenuous jobs 30 years ago, but its legacy is a host of social and environmental problems today as pollution reigns and people’s jobs hang in the balance, with few alternatives available.

And while things are hard today, the inevitable collapse of the industry poses even greater problems. Coal is still providing jobs, but for how much longer? A new report, The Great Coal Jobs Fraud, suggests that far from being a source of stable employment, continued commitment to coal may actually result in job losses.

Coal comfort – what does the future hold for Bulgaria’s miners?

It has just been announced that the mine that supplies the Bobov Dol coal power plant with its fuel will have to close. Even with the bewildering array of financial support that goes to Bulgaria’s coal industry, the financial argument to keep it going no longer stands up.

The Bobov Dol mine’s closure will likely see 400 workers made redundant and a further 200 transferred to a different mine – possibly still controlled by the same management that provided such poor working conditions for them at Bobov Dol.

The workers at Bobov Dol are not treated well. They are often forced to go on strike, as salaries are months late or the supermarket vouchers they are partly paid in (for the mine owner’s own supermarket) are not granted. Working conditions are widely acknowledged to be dangerous and occupational accidents are commonplace.

But how is this allowed to happen? Within Bulgaria’s coal industry, many roads seem to lead back to notorious coal tycoon Hristo Kovachki, who either owns or controls many of the plants or mines in the country. While working conditions are famously bleak, Kovachki seems to enjoy immunity from punishment and some considerable financial perks.

Coal should not be a lucrative business and yet, thanks to unwavering financial support from the public purse, it retains a certain allure. But one oligarch’s stranglehold on the market is not what’s causing the problem – it is symptomatic of a system that is broken.

Handouts to coal – the subsidy lifeline

The main argument for coal in Bulgaria is that it’s affordable. But that is increasingly only really true because of the enormous subsidies the government pours into the industry.

On top of unapproved tax breaks to coal operators, some of Bulgaria’s most polluting plants are part of the “cold reserve” – this means they are the happy recipients of payments made in return for being on standby if there is a power shortage.

Aside from the fact that public money is funding plants that are so out of date their emissions pose a health hazard, the biggest irony here is that these same decrepit plants have at times failed to provide the power they promised when they have been called upon.

As well as doling out subsidies to controversial coal plants, Bulgaria, while holding the EU Presidency, campaigned to overturn new, tighter pollution laws. The laws would reduce the quantity of toxic substances coal plants across the EU are allowed to release, protecting people against dangerous levels of pollution.

The new rules are good news for people and the environment, but an unpleasant reality check for those in charge of old, polluting power plants. Fitting those plants with the technology they would need in order to retain their operating permits (i.e. remain legal) could cost millions – in some cases tens of millions. In a world moving rapidly beyond coal, that’s hardly a savvy investment. Plant operators are going to need to start planning for what’s next.

But as reality sets in, what is the government doing about it? Politicians in Bulgaria are holding fast to the coal ideal, long after it stopped being remotely feasible as an industry – economically and environmentally speaking. Even among the public, there is widespread support for coal – largely because of the current lack of other, visible options.

It is not hard to see what’s round the corner; the Bobov Dol mine closure is the tip of the iceberg. But it is becoming obvious that the Bulgarian government does not have any real idea as to the speed at which the energy transition will happen, nor plans to secure an economic future for its coal-dependent regions or workers.

This is why it is absolutely crucial the Bulgarian government faces facts.

The coal mining industry cannot (and should not) be saved but authorities can save the people from a poorer future. Being realistic about cleaner alternatives now and building a rational and economic energy plan for Bulgaria beyond coal should be exactly where the government is focusing.

Meanwhile, in Bobov Dol, coal workers and local residents look to a future that is a little less certain. What is clear is that without strong political movement, the dust veil won’t lift just yet.