How can the EU ETS reform foster green transition in Central and Eastern Europe? 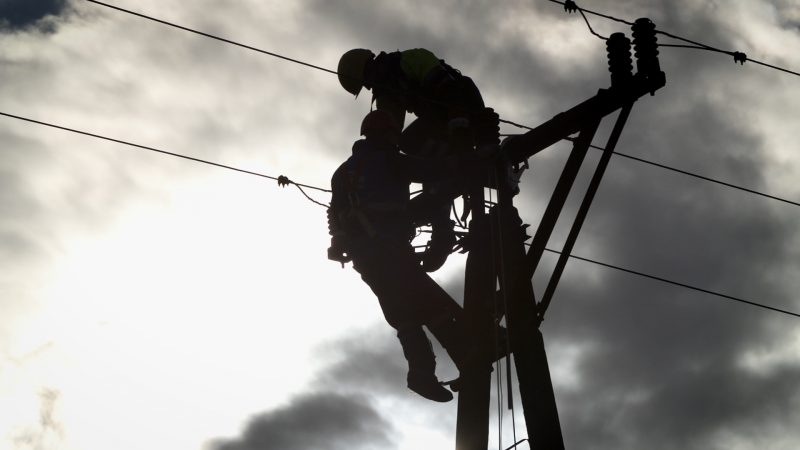 Next week, the European Commission is to unveil its long-awaited ‘Fit for 55 Package’ aiming to align several policies with the increased emission reduction target of at least 55%.

The revision of the EU ETS Directive, a cornerstone of the EU’s climate action architecture, will be instrumental in delivering the new goal. At the same time, it may provide an excellent opportunity to deliver a green and successful just transition in the Central and Eastern Europe.

Imbalances in the EU ETS allocation system and its consequences

In December 2020, the European Council adopted conclusions stating that “the problem of imbalances for beneficiaries of the Modernisation Fund in not receiving revenues that are equivalent to the costs paid by the ETS installations in those Member States will be addressed as part of the upcoming legislation”. Eventually, it should lead the Commission to find solutions, which remedy the imbalances and their consequences for the ability of those concerned countries to pursue their energy transition in a just and fair manner.

In the current allocation method of emission allowances, major imbalances persist resulting in some Member States receiving a surplus of allowances, whilst others, such as Poland, struggle with constant deficits. Under such circumstances, Polish companies have to buy more allowances than Poland receives as its share of the EU ETS resulting in transferring financial resources from East to West and limiting country’s ability to finance new programmes dedicated to the energy transformation from its own resources.

According to preliminary forecasts, emissions of EU-ETS installations based in Poland will amount to approximately 185 million tonnes in 2022, with approximately the number of allowances dedicated to the national auctioning pool equal to cover the demand for ca. 65 million tonnes. This gives a negative balance of 120 million tons in the one year only.

This means that the scale of that transfer is equal to ca. EUR 6 billion annually and will constantly rise during the ongoing trading period, as the Polish auctioning pool will be limited by the new LRF, MSR revision and other means to implement the new 2030’ climate target such as the possible rebasing of the total cap of allowances.

Power sector as a frontrunner in emission reduction race, but at what cost?

According to the Commission’s “2030 Climate Target Plan”, to reach the emission reduction goal of 55% by 2030, sectors covered by the EU ETS Directive will have to undertake the most significant reduction effort and deliver up to 65% of the emission reduction. This clearly shows that a big chunk of the common effort will be done by the power sector confirming its key role in delivering just transition.

The Polish power generation sector is stepping up to the challenge and is gearing up to contribute to the climate neutrality objective. The biggest Polish energy utilities, with ambitious investments in offshore, onshore wind energy and PV installations, are committed to the growth of a low- and zero-emissions economy. They also invest in innovative large-scale hybrid electricity storage and high-efficient cogeneration units using natural gas as a transition fuel.

However, massive investments in low- and zero- carbon technologies come at an immense cost. According to findings of the National Centre for Emissions Management (KOBiZE) and its Centre for Climate and Energy Analyses (CAKE), a net-zero emissions economy in 2050 requires significant investments expenditure, which for Poland is estimated at EUR 179-206 billion for the power generation sector alone[1].

What is worth noting, as long as the Polish energy companies are integrated with coal and lignite assets, they have limited possibilities to increase their debt to finance necessary investments. At the same time, taxonomy regulation provisions make access to funding harder, even despite their zero- and low-carbon strategies.

One may say that Brussels has already come up with funds, such as Just Transition Fund or Recovery and Resilience Facility that boost the green transition and ensure its fairness. However, they are chiefly dedicated to other sectors of the economy and do not address the specific needs of the energy sector which, as indicated above, needs a considerable amount of money to transform. Moreover, they only cover a slight part of the overall investments needs to implement the 2030 target in Poland and, according to our estimations, leave a huge investment gap of EUR 93 billion. This is why the Modernisation Fund, a compensatory mechanism based on the EU ETS Directive, should be put at the heart of the discussion about the modernisation of the power sector in the CEE region and, in consequence, significantly increased.

Compensatory mechanisms under the EU ETS Directive, in particular the Modernisation Fund, are crucial to ensure green transition in exclusively ten lower-income Member States in Central and Eastern Europe, including Poland. The Modernisation Fund is fit for purpose to address the decarbonisation challenges in the ETS-covered sectors, as it enables investments in the modernisation of the energy systems and the improvement of energy efficiency.

Poland sees a significant potential of the Modernisation Fund to finance the cost of the energy transition and speed up the transformation process in Member States with carbon-dependent economies and low GDP per capita. To make it happen, an adequately increased Modernisation Fund should constitute a proper response to stringent climate commitments and continue to support transitional technologies to avoid negative impact on consumers in low-income Member States.

The rules governing the Modernisation Fund should reflect the principle of technology neutrality and ought to take on board all technologies with the potential to reduce emissions. This is the case of the use of natural gas-fired high-efficient cogeneration plants in district heating systems, which remain the only solution to progressively withdraw coal-fuelled units, improve air quality and prevent an increase of energy poverty. These investments should remain eligible in order to enhance energy transition in these countries.

The transitional role of these investments should be underlined, as current gas infrastructure is technologically ready to further transport low- and zero-emissions gases, such as hydrogen, once the technology becomes mature and deployed on a large scale.

How to offset the surge in EU ETS allowance price for the power sector?

According to a set of recommendations on funding mechanisms in the revised EU ETS prepared by CEEP an ERCST, the ETS could generate even €363 billion in auctioning revenues between 2021-2030 pursuant to the current price projections[2]. With the recent precipitous surge in EU ETS allowance price, steadily above EUR 50 per tonne, this amount might only grow. Revenues from auctioning are therefore a significant source of financing for the upcoming decades and should be reinvested where they are needed. To that end, higher share of the EU ETS-based auctioning revenues dedicated to support energy transition is necessary to bridge an enormous investment gap for Member States with different starting points.

Is it all that can be done?

The EU carbon market provides possibilities enhancing energy transition that all should be seized by the co-legislators. This is the case of the MSR and the allowances placed in it, designed to be artificially cancelled as of 2023. From the economic perspective, such an invalidation might miss the possible benefits of rational use of this allowance. Using the MSR allowances to top up the Modernisation Fund may be another solution to address the issue of imbalances while having no impact on auctioning allocation for Member States and in result no real impact on the carbon price.

[1] Scenarios of low-emission energy sector for Poland and the EU until 2050 - CAKE, The National Centre for Emissions Management (KOBIZE), https://bit.ly/3hx6vbz