How Europe can rapidly reduce its gas dependency

By Jan Rosenow and Michaela Holl 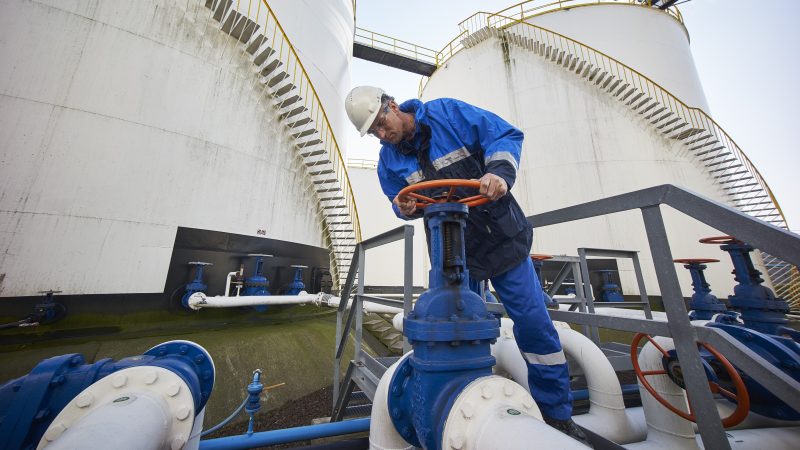 “Cutting the gas tap so much overnight would have a serious impact on our daily lives, our energy supply and our economy,” Georg Knill, President of the Federation of Austrian Industries, said on Thursday (10 March). [Shutterstock/posteriori]

The EU currently pays an estimated €360 billion a year to import fossil fuels – which in the case of gas ends up heating often inefficient and leaky homes, a sum equal to the need for clean energy investments to meet the EU’s 2030 climate and energy targets, write Michaela Holl and Jan Rosenow.

Michaela Holl is a senior associate at Agora Energiewende’s EU office. Jan Rosenow is director of the European programme at the Regulatory Assistance Project (RAP) and he also co-hosts the Watt Matters podcast.

“We cannot solve our problems with the same thinking we used when we created them,” Albert Einstein famously said. Yet this is exactly what the European Commission appears to be doing in its forthcoming strategy for more affordable, secure and sustainable energy, a leak of which emerged a few days ago.

The Commission rightly identifies the energy price crisis as rooted in the EU’s exposure to global and volatile gas prices. It also points to energy efficiency and renewable energy investments as the ‘best answer for the future’.

But the strategy then proceeds to more of the same cure: Fossil gas imports, this time from different third countries such as Azerbaijan, Qatar and Turkey. This approach is at odds with the Commission’s own projections showing that by 2030 fossil gas use must decline by 30% compared to 2015.

To bet on short-term gas contracts in a global commodity market is a risky undertaking, as the current geopolitical situation painfully demonstrates.

What are the problems? The leaked strategy mentions ‘low-carbon gases’ and significant EU funding for such gases to lower dependence on fossil gas.

Low-carbon gases include blue hydrogen, which is made from fossil gas and would actually increase Europe’s dependence because of the inefficiencies involved in the production of blue hydrogen.

The International Renewable Energy Agency clearly states in its recent report on the geopolitics of hydrogen: ‘Blue hydrogen would follow the patterns of gas markets, resulting in import dependencies and market volatilities’. In short, investing more in gas as a strategy to move away from gas would worsen, not improve the situation.

Then, there is the issue with biogas. The EU’s quota for food-based biofuels was capped when indirect land-use effects became evident.

Yet the Commission rushes unnecessarily into setting a biogas target for 2030 without checking consistency with other elements of the Green Deal – namely competition for land use, methane reduction commitments, air pollution and soil protection.

This means a doubling of biogas use within the next eight years – implied by the 35bcm target – which would put more pressure on our soils and potentially result in harmful agricultural practices.

Any renewable methane pathway also carries the risk of undermining its climate benefits through methane leakage, as the gas is a strong climate forcer.

Finally, a biogas target seems to come prematurely given that an independent review of the sustainable biogas potential in Europe reflecting the new LULUCF (Land Use, Land-Use Change and Forestry) targets of the Fit for 55 package has not been undertaken.

The only biogas that provides a climate benefit by not straining land resources is produced from wastes and residues, which are limited in availability and will be needed to decarbonise aviation and shipping.

Claims that biogas could remotely replace current fossil gas use at the level needed and across all uses are therefore unconvincing. Biogas will instead need to become a niche fuel, alongside hydrogen, reserved for replacing fossil fuels in applications where electrification is not an option.

Luckily, there is another way forward. The EU’s fossil import bill increased by 70% between December 2020 and December 2021, currently reaching around €380 billion.

This amount happens to be as high as the additional clean energy investment needs estimated by the European Commission in its Impact Assessment underpinning the higher 2030 targets.

In one case, it would go to investments on energy efficiency, renewables and electrification and the jobs that come with them, in the other case, money is lost on buying fossil fuels. This comparison reveals that the current crisis is as much a fossil gas demand crisis as it is a supply crisis.

Therefore, let’s move beyond the current strategy of replacing gas with more gas and instead start from the demand side. Most of Europe’s gas is used for low-temperature heating, which can be replaced with existing technologies.

The Commission’s Energy System Integration Strategy of 2021 rightly identifies energy use reduction and electrification of home heating as key levers, findings backed up by recent reports from the International Energy Agency and McKinsey.

This building heating transition is expected to reduce gas consumption in buildings by more than 40% compared to 2015 levels and contribute nearly two-thirds of the overall reduction in gas consumption over the same period.

Towards an EU framework for electrification

Decarbonising heating in Europe still relies heavily on biomass, not all of which comes from sustainable sources. This is because, unlike in the transport sector, there is no multiplier in the Renewable Energy Directive that would incentivise the use of ambient heat extracted by heat pumps.

The proposed directives on renewables and gas should be used to both push for the electrification of heating and to direct gaseous fuels to areas where they cannot be. The European Parliament and the Council can now introduce the necessary amendments to change the incentives accordingly.

The old recipes cannot make supply more secure, more affordable or cleaner. Let Europe’s response to the current crisis be ramping up support to ensure the exponential growth of solar and wind and the use of green electricity to replace fossil gas.