How Europe can reduce its dependence on fossil gas 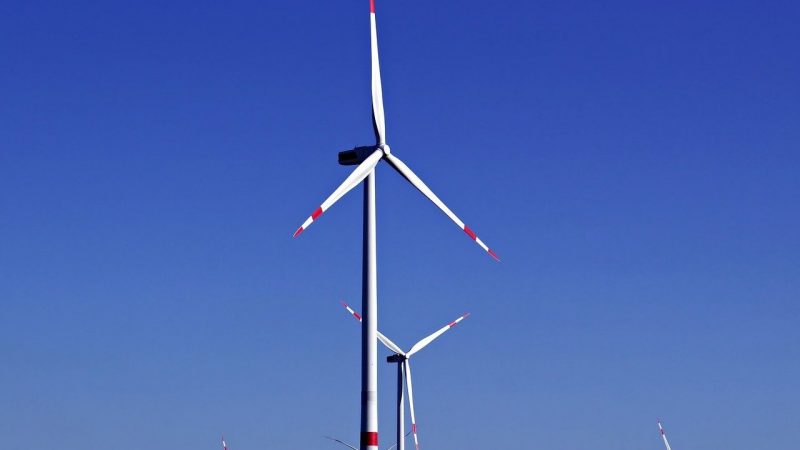 Europe needs to have a massive rollout of renewables in order to break away from its dependence on Russian gas, argues Marta Lovisolo [S. Hermann & F. Richter / Pixabay]

Europe needs to break free of its dependence on Russian gas to lower its emissions and break away from the Kremlin, but it should focus on deploying renewables, rather than liquified natural gas (LNG) and hydrogen, writes Marta Lovisolo.

Marta Lovisolo is a policy advisor on renewable energy systems at Bellona Europa, an environmental NGO.

The need for renewables is now widely recognised and more pressing than ever. The current geopolitical situation, with an outright war at the gates of the European Union, makes Europe once again face reality: we are dependent on fossil fuels and this is a threat. A short-term threat to energy security and a long-term threat to our climate.

The need to reduce dependence on fossil fuels is now clear to most, and the solution is on everyone’s lips: renewables.

The European Union is at this very moment debating the policies that will shape the energy future of Europe. The right decisions need to be taken now, like ensuring additional renewables are generated to meet the needs of hydrogen production. This will be a litmus test for the sincerity of our policymakers’ announced intentions.

Doubling down on gas by putting the focus on LNG will not solve this crisis or provide energy security. Aside from offering no mitigation to the climate crisis, past geopolitical crises have shown that Russian gas pipelines combined with an ability to manipulate price can grind down any efforts to diversify supply.

In 2014, following Russia’s annexation of Crimea, an Energy Union was announced, set to reduce dependence on Russian gas. Less than a year later, works had begun on Nord Stream 2.

Without moderating overall gas consumption, we are at risk of history repeating itself.

Furthermore, hydrogen is often brandished as a miracle solution for the replacement of fossil gas, happily forgetting that green hydrogen is made from renewables. Hydrogen requires enormous amounts of renewables that can cannibalise existing generation, forcing the remaining demand to fall back on fossil power.

Without additionality to ensure hydrogen is only produced from additional renewable electricity, hydrogen will exacerbate our dependence on fossil fuels and increase electricity costs, slowing direct electrification.

If we were to use the entire European power production to produce hydrogen, we would be barely able to meet 45% of the current gas demand in Europe. In other words, simply swapping existing gas demand with hydrogen is not a realistic option.

A laser focus on the acceleration of renewable electricity deployment is what is needed. This alone will allow a shift away from gas to direct electrification and, where needed, hydrogen.

Perhaps the most important piece of legislation to ensure renewables are massively deployed is the Delegated Act on Electricity Use for Renewable Fuels of Non-Biological Origin (RFNBOs).

This act sets the rule for how green hydrogen should be produced and, from leaked versions of the text so far, it seems the European Commission might be missing the additionality boat that would ensure that, for every bit of green hydrogen produced, the needed renewable energy is created in addition to existing supply. A small change here would turn the hydrogen hype into a real renewables boom.

Moreover, the European Parliament has the opportunity to veto the Complementary Climate Delegated Act of the sustainable finance taxonomy, which stands to include unabated fossil gas as “green” – an incredible surrender to the fossil fuel giants who have only recently paid out record dividends and are in no danger of missing out on financing, whether they be branded “green” or not.

Finally, the Commission chose to delay its energy communication in light of the war in Ukraine. Although it is encouraging that the Commission is now realising it is the time to end our dependence on fossil gas, we risk jumping to an impossible narrative of swapping all gas with hydrogen.

It is essential that the Commission does not confuse hydrogen as an alternative to wind or solar: hydrogen is simply a product of wind and solar. Without more immediate ambition on renewable deployment, we will be without the most basic tool to reduce fossil gas imports.