How new rules to define renewable hydrogen could shape the market 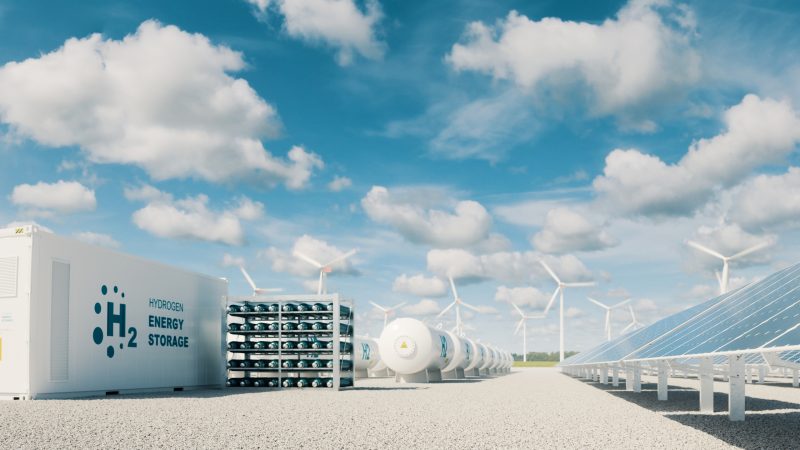 On 20 May the European Commission published the draft Delegated Act (DA) setting out detailed rules. These rules will determine the requirements for fuels like hydrogen to be counted as fully renewable. [SHUTTERSTOCK | petrmalinak]

Late on Friday (20 May), the European Commission published rules on which transport fuels of non-biological origin, including hydrogen, count as renewable. The criteria are strict, despite industry lobbying, write Corinna Klessmann, Felix von Blücher, and Malte Gephart.

On 20 May, the European Commission published the long-awaited draft delegated act, setting out detailed rules to define renewable transport fuels of non-biological origin (RFNBOs). These rules will determine the requirements for fuels like hydrogen to be counted as fully renewable.

For the time being, these rules will only apply to renewable hydrogen in the transport sector. Still, according to last year’s proposed revision of the renewable energy directive by the European Commission, they will likely be extended to other end-use sectors in the future, such as industry.

We take a closer look at the core provisions and changes compared to previous leaked versions.

Rules for counting electricity taken from the grid as fully renewable

If the electrolyser is located in a bidding zone where the renewable electricity share exceeds 90%, the hydrogen automatically counts as fully renewable, but the maximum amount of full-load hours is capped at the same percentage.

Without this, hydrogen production could potentially increase greenhouse gas emissions (that would have to be saved elsewhere under the EU ETS) because it creates additional electricity demand that might result in increased fossil power generation.

The default provision for demonstrating additionality is that hydrogen producers need to source an (at least) equivalent amount of renewable electricity through power purchase agreements (PPAs) with unsubsidised renewable installations, commissioned no earlier than three years before the electrolyser.

Until 1 January 2027 and for capacity additions, electricity may be sourced from existing renewables installations, incentivising early projects.

The additionality provisions haven’t changed compared to a leak of the delegated act circulated in April. They have been heavily criticised by hydrogen industry stakeholders as too burdensome.

What are the implications of these provisions?

After a transitional period, renewable hydrogen producers will have to source and pay for renewable electricity from new and unsubsidised installations, thereby ensuring respective capacity additions.

The costs will be paid by obligated parties under the transport fuel obligation and passed on to consumers. The mandatory use of PPAs will likely give a strong push to the renewables PPA market.

One can expect that renewable fuel production will move to regions with abundant renewables potential, such as the North Seas, Southern Europe, or the MENA region.

The advantage of hydrogen-based transport fuels, such as e-methanol or e-kerosene, is that they are easier to transport and less infrastructure-constrained than pure hydrogen.

The challenge of finding suitable PPAs will become much greater if the additionality requirements are extended to hydrogen use in industry (e.g. steel), whose transformation towards hydrogen is dependent on the availability of hydrogen infrastructure and substantial public subsidies.

From a macro-economic perspective, the additionality requirements will only lead to greenhouse gas savings if the renewables shares and targets at a system level are increased accordingly.

This is reflected in the Commission’s REPowerEU action plan, which proposes to increase the European renewables target for 2030 from 40% to 45%.

The temporal correlation between hydrogen production and renewable electricity production is intended to ensure that the two are synchronised. For every calendar hour, the electricity consumed must:

While the first two options have been part of earlier leaks, the last option is new. How the price thresholds have been set remains unclear, but they do provide additional flexibility for hydrogen producers.

The underlying rationale seems to be that in times of relatively low spot market prices, the electricity supply is not scarce, a situation typically caused by renewables infeed.

Hourly matching is replaced by monthly matching until the end of 2026, thereby eliminating the temporal constraint during this transitional period.

However, this exception does not apply if the hydrogen receives production support. This presumably reflects the existing requirements of the state aid guidelines for climate and energy.

The additionality and temporal correlation requirements described above do not apply if the electrolyser consumes electricity during periods of downward redispatch, i.e. when renewables are curtailed. In that case, an equivalent amount of electricity counts as fully renewable, but it is unclear how this will be operationalised.

Geographic correlation aims to avoid hydrogen producers not being able to physically source renewable electricity due to electricity grid congestion.

The delegated act states that electrolysers and renewables installations should be located in the same bidding zones, an adjacent offshore bidding zone, or a neighbouring bidding zone with equal or higher day-ahead market prices.

The latter implies that grid bottlenecks do not constrain the electricity import direction. However, member states are allowed to introduce further criteria regarding the location of electrolysers.

Overall, the criteria of the delegated act have remained quite strict, despite heavy industry opposition.