How to cut Russian fossil fuel imports, carbon emissions and energy bills at the same time

By Dan Jørgensen and Fatih Birol 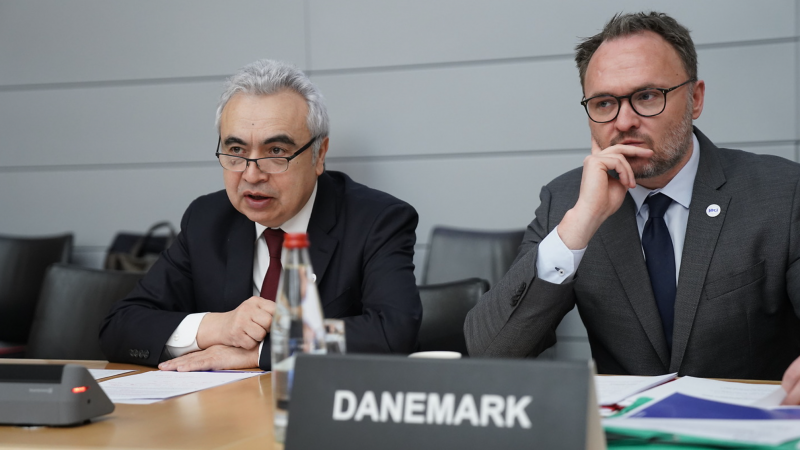 Dan Jørgensen is the Danish minister for climate, energy and utilities; Fatih Birol is the executive director of the International Energy Agency (IEA). [IEA]

The horrific Russian attack on Ukraine is changing the world before our eyes – and this is especially evident in the sphere of energy, write Dan Jørgensen and Fatih Birol.

Dan Jørgensen is the Danish minister for climate, energy and utilities; Fatih Birol is the executive director of the International Energy Agency (IEA). This opinion piece was contributed exclusively to EURACTIV.

The Russian invasion has destabilized global energy markets, setting off sharp spikes in fuel and commodity prices that are hurting consumers around the world and threatening the fragile economic recovery from the Covid-19 crisis. It has laid bare the critical role of energy policies for people’s daily lives, our economic security and the future of our planet.

The world now faces a multitude of difficult and interconnected decisions regarding the way we produce and consume energy – both now and in the future – and our response to a changed geopolitical landscape.

The immediate challenge is to wean European economies off Russian fossil fuels, which it has used as a political and economic weapon, while trying to ease the strains in markets to prevent a damaging energy supply crunch.

Today’s energy crisis threatens to affect a wider array of energy sources, and even more countries and people, than the oil shocks of the 1970s. In some economies, it has already resulted in the highest prices in history for natural gas, electricity and petrol. And in today’s volatile environment, we can’t rule out the situation getting worse.

At the same time, we must not lose track of the world’s vital efforts to tackle climate change and limit the global temperature rise to 1.5°C. If we are to meet the goals of the Paris Agreement, a swift and clean energy transition is the only affordable and sustainable solution.

Many of the ways to address today’s energy security crisis are also part of the solution to the climate crisis. This week, energy and climate leaders from around the globe are gathering in Paris at the 2022 IEA Ministerial Meeting to discuss how to accelerate action on these crucial and interlinked issues.

At the heart of the immediate solution to today’s challenges are efforts to make our use of energy more efficient. If our homes leak less heat, our cars burn less petrol, and our washing machines use less electricity, which reduces energy bills, supply strains, fossil fuel imports and greenhouse gas emissions.

This is why energy efficiency solutions – such as retrofitting buildings to make them cheaper to keep warm in winter, and replacing gas boilers with more efficient heat pumps – are key parts of the IEA’s 10-Point plan to reduce the European Union’s reliance on Russian natural gas supplies by next winter while keeping it on track for its climate goals.

The scope to make homes across Europe more energy efficient is huge. And we’re encouraged to see many governments in Europe right now announcing higher levels of funding for retrofitting homes, which has the added bonus of creating a lot of jobs.

In the 1970s, the two major oil shocks motivated many countries to start becoming less dependent on oil. As an immediate response to the crisis, Denmark imposed car-free Sundays and turned off the city lights in 2 the evenings while citizens turned down their heating.

These measures were temporary but the oil crisis became a point that started Denmark’s energy transition.

In the current crisis, turning down your home’s thermostat can still be a powerful tool to save money and energy – and that’s why it’s also part of the IEA’s plan for reducing reliance on Russian gas.

And some of the measures that proved effective during the 1970s – such as car sharing – are among the IEA’s recommendations for emergency actions to cut oil use amid today’s soaring prices and market turmoil.

Today, we are also fortunate in many countries to have more advanced technologies to save energy while still ensuring comfortable lives. These include digital technologies for regulating energy demand, sophisticated heating systems, highly fuel efficient vehicles, electric cars, and advanced insulation for buildings.

We also have more high-speed rail, which is more efficient and less polluting than short-haul flights, as well as virtual meeting software that can avoid oil use by replacing some business trips. These are all part of the solution too.

In the global pathway to net-zero emissions by 2050 that the IEA set out last year, measures to improve energy efficiency are called upon to bring down global CO2 emissions by 13 billion tonnes by 2030, second only to wind and solar in terms of emissions reductions.

At the same time, this would also reduce air pollution, create millions of jobs and improve the productivity of industries. Some changes in consumer behaviour such as more cycling, walking and using public transport and trains also play a role.

As individuals, the magnitude of both the climate crisis and the situation in Ukraine can leave us feeling powerless. Nevertheless, how we use energy is an area where we can make a difference.

Though they may seem too small to matter, actions like turning down the heat, using public transport, renovating your house or joining a car-sharing programme can have an impact.

And governments have the power to do even more through their policies. We will be urging Ministers from around the world to take stronger action on energy efficiency in response to today’s crises – both at this week’s IEA Ministerial Meeting in Paris and the Global Conference on Energy Efficiency that is taking place in Denmark in June.

Now is the time to do all we can to pursue independence from Russian fossil fuels and at the same time, address the pressing climate crisis.