Is nuclear the overlooked solution for Europe’s energy woes? 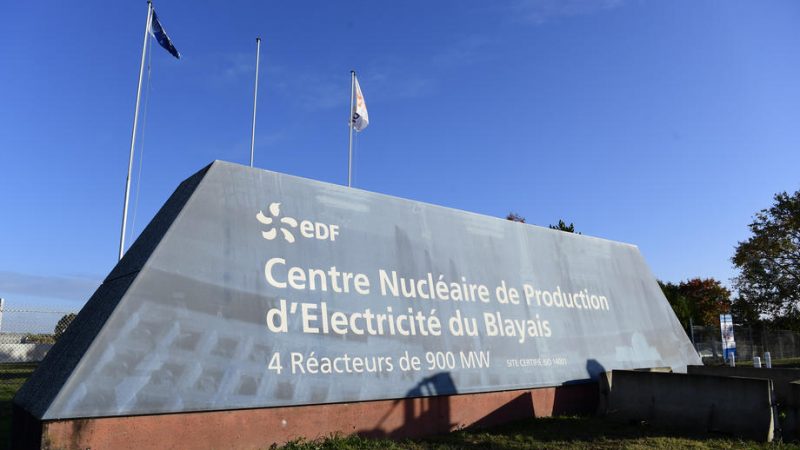 Signage at the Blayais Nuclear Power Generation Center plant during a national nuclear safety exercise, in Braud-et-Saint-Louis near Bordeaux, France, 21 October 2021. France has 56 nuclear plants distributed around the country, the second highest number of plants in the world after the US. The plants are managed by EDF the main provider of electric power and majority owned by the government. The nuclear plants produce some 70.6% of France's electricity, the highest in the world according to the Nuclear association 2020 report. [EPA-EFE/CAROLINE BLUMBERG]

Following the Fukushima disaster in 2011, Germany sped up plans to shut down all its nuclear plants. Given the current energy crisis, such decisions should be revisited, writes Timur Tllyaev.

Timur Tillyaev is an international investor in renewable energy.

Europe is mired in one of the worst energy crises in modern history. Price hikes from supply issues starting in August last year have been compounded by Russia’s invasion of Ukraine, causing leaders to finally wake up to the risks of overdependence on a limited number of energy sources.

In 2021, 45% of the European Union’s gas imports and over a quarter of the EU’s imported crude oil came from one country: Russia. Only 22% of energy consumed in the EU in 2020 came from renewables.

We are now witnessing a rush by European countries to diversify their energy mix. The bloc is looking to secure Liquified Natural Gas (LNG) supplies from the US and Qatar. Some countries, including Germany, are also looking to increase the use of renewable energy, seeing the crisis as an opportunity to speed up the energy transition.

But one overlooked solution that could help Europe’s short- and medium-term energy transition is nuclear power.

In the near term, utilising existing nuclear energy infrastructure could help make European countries more energy independent. While new nuclear plants take years to build, about half of EU countries already generate nuclear power. France has the most operable nuclear reactors, followed by Belgium and Spain.

As suggested by the International Energy Agency, these countries could boost the power generation of existing reactors relatively quickly, helping to reduce reliance on gas from Russia. Additionally, delaying the closure of five nuclear reactors scheduled to shut down in 2022 and 2023 could reduce the EU’s gas demand by nearly 1 billion cubic meters per month.

So why has nuclear not been adopted on a larger scale? One reason is the safety fears.

Nuclear energy has long been a controversial topic in Europe because of the Chernobyl and Fukushima disasters. Safety fears remain one of the biggest barriers to the more mainstream adoption of nuclear energy.

However, despite high-profile disasters, nuclear is one of the safest energy sources. An Oxford University analysis shows nuclear power results in 99% fewer deaths than coal, oil and gas, carrying almost the same risk as wind power.

Potential risks of nuclear energy are still real, but the death toll from nuclear disasters still remains far lower than those who suffer each year from air pollution caused by fossil fuels.

Following the Fukushima disaster in 2011, caused by a tsunami disabling the power supply and cooling of three reactors, Germany sped up plans to shut down all its nuclear plants. Its last three nuclear operators are slated to be closed down later this year, despite calls to reconsider the country’s nuclear energy policy.

Given the current energy crisis, such decisions should be revisited.

Another roadblock is the large-scale investment needed to build nuclear infrastructure. It has been difficult to attract finance for nuclear plants.

However, financing nuclear projects could soon become much easier in Europe since the European Commission has opted to include nuclear as a transition activity in its sustainable taxonomy, which member countries will vote on later this year.

If it passes, nuclear would be officially considered a ‘green’ investment. This could pave the way for increased funding for research into nuclear technology and address some of the challenges associated with nuclear energy.

They also have higher safety standards as their operating systems are passive, meaning no human intervention is required to shut them down in case of a natural hazard. Innovations such as these can help allay safety fears while cutting costs.

Labelling nuclear as ‘green’ is an important step in the right direction, but to ensure widespread adoption of nuclear energy, governments can do more.

Despite being one of the cleanest and safest sources of energy, nuclear energy is hamstrung by regulation. European governments should consider decreasing red tape for nuclear plant licensing processes.

Additionally, existing safety concerns should be addressed by educating the public about the safety of nuclear energy and its positive impact on reducing dependence on fossil fuels and, therefore, keeping climate change under control.

The energy transition is complex and there is no one solution. However, statistics show that rather than adding more fossil fuels to the energy mix, nuclear power could be a safer and cleaner option.

With recent geopolitical events highlighting the need for diversification, our planet will only benefit if Europe leads the way in moving away from fossils and embracing cleaner energy.