Nuclear must be part of the EU’s clean energy solution

By Pernille Weiss and Sara Skyttedal 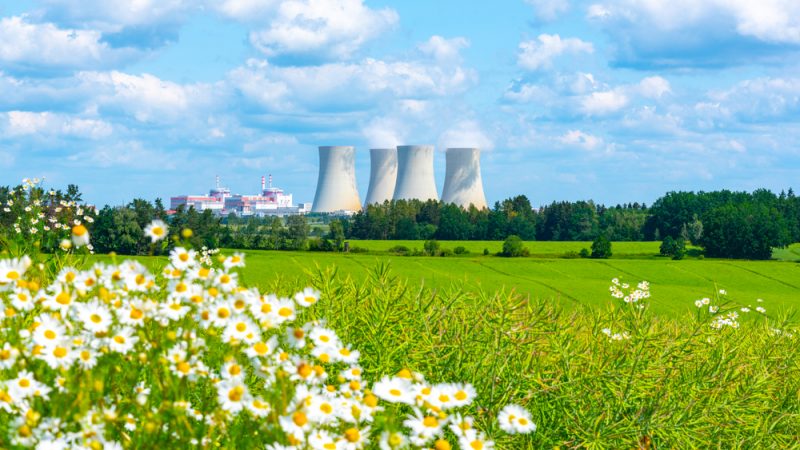 The EU should consider all clean solutions to tackle climate change, with renewables alongside nuclear, argue Pernille Weiss and Sara Skyttedal. [shutterstock]

The EU should consider all clean solutions to tackle climate change, with renewables alongside nuclear, argue Pernille Weiss and Sara Skyttedal.

Right now, the focus is on preventing EU regulations that actively oppose nuclear power. But in the long term, the truth is that much more than that is needed. The EU should encourage new nuclear power and help countries that want to invest in the next generation of reactors.

The European Commission will soon bring forward their proposal on whether nuclear should be part of the Green Taxonomy scheme. If they refrain from including nuclear power in the taxonomy, that also means that investments in nuclear energy will be discriminated against on the financial market. That would be highly unfortunate. The simple truth is that the green transition needs nuclear power to produce the necessary clean energy required to decarbonise our economy. And to provide enough energy to support a future world of 10 billion people who aim for the same living standard as we enjoy today.

Executive Director of the International Energy Agency, Fatih Birol, made it very clear that the world needs to deploy as many renewables as possible, starting today. But also, that we must improve our research and development efforts. The IEA roadmap to net-zero states that half of the CO2 reduction needed in 2050 will come from technologies not on the market today – including new nuclear technologies.

Unfortunately, the benefits and advantages of nuclear energy have not been fully appreciated. The existing nuclear fleet has avoided millions of tons of greenhouse gas emissions while providing energy security and lowered dependency on fossil fuels imports from geopolitically unreliable regions. Furthermore, nuclear has proven to be a reliable source of clean energy and useful in non-electric applications, such as the benefits in the medical sector. Going forward, nuclear power can contribute to hydrogen production, district heating, and water desalination.

A broad range of international agencies believes that nuclear energy must be included in the solution towards mitigating climate change and eradicating energy poverty.

Unfortunately, several member states are now moving in an unsustainable direction and are decommissioning existing well-functioning nuclear power plants, including Sweden. Often the consequence is increased CO2 emission levels and higher electricity bills for the consumer.

We are at a critical point in time, as stated by UN Secretary-General António Guterres, calling it code red for humanity. The climate simply cannot afford us to abandon nuclear power. That is the reason why we should include nuclear in the green taxonomy.

If we cannot reach our global climate targets without nuclear energy, what kind of nuclear power do we want?

One crucial question today is, what would be the best approach for including new nuclear power? When discussing the future of nuclear energy, we need to learn to separate between older types of technologies and new designs that are fundamentally different.

Around the world, investments are being made in nuclear power in countries far from us, such as the USA and Japan, and in our proximity – in Poland, France and Finland. The tides have changed, and nuclear power is promoted again with more and more public support and funding. In the last 10-15 years, increasing attention, energy, and resources have been dedicated to innovation in the nuclear field. Most innovation comes from entrepreneurs with new approaches compared to the conventional established companies.

One of the most promising types of reactors is called Molten Salt Reactors, which is safe for people and nature because it cannot meltdown or explode. A feature not guaranteed by human intervention but by the laws of physics. That changes nuclear dramatically from being something that in the worst-case scenario can lead to the release of harmful waste to a technology that is completely safe.

We all agree that the way we phase out fossil energy is through electrification. And for that to happen more electricity is required. Much more. And in that equation, wind and solar power are simply not enough. Therefore, the EU cannot afford to create regulations that actively disadvantage nuclear power.