Oil and gas needs the courage to reinvent itself 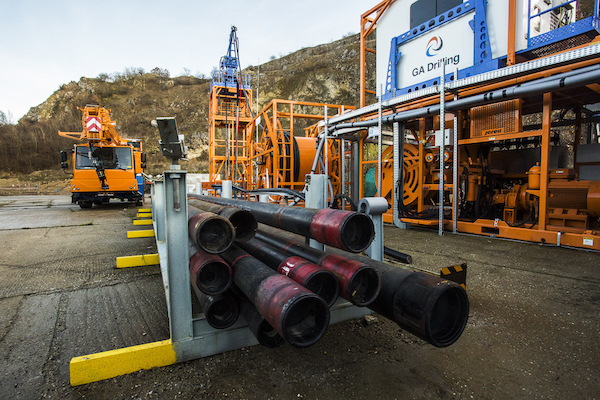 By unveiling the ambitious climate package “Fit for 55”, the European Commission showed that the EU’s climate law adopted in April can have teeth. The proposed overhaul of the EU’s regulatory environment is necessary to deliver on the promise to cut greenhouse gas emissions by 55% by 2030 and reduce them to net-zero by 2050.

Igor Kočiš is the CEO of GA Drilling.

On the other side of the Atlantic, the energy efficiency and clean electricity standard proposed by the administration of US President Biden as part of the $2.25 trillion American Jobs Plan include the mandate to phase out the fossil fuels from the electricity mix by 2035.

While the oil and gas industry recognize the challenges posed by the decisive shift towards clean energy and gradual abandonment of fossil fuels, they are still too slow in grasping the opportunities arising from the green transition push.

According to a recent CMS study, the world’s largest oil and gas companies currently invest $8.8 billion in renewable energy annually. At the same time, only in the EU fossil fuel sees exemptions and lower tax rates that amount to €35 billion every year. Had these subsidies alone been used to boost the investments into renewables, it would allow the oil and gas majors to achieve the Paris warming target of 2 degrees Celsius.

The green transition represents a paradigm shift. To mitigate its impact, oil and gas companies adopted various diversification strategies with the aim to make the most of their existing infrastructure and know-how: pipelines, refineries, drilling tools, as well as highly skilled workforce.

Ultra-deep geothermal energy checks all these boxes while delivering enough clean energy to shut down or repurpose all powerplants using fossil fuels. The key is innovation: the new plasma-based drilling technique developed by GA Drilling (GAD) can keep drilling costs linear also at ultra-deep depth and thus unlock a massive opportunity. It is the future of ultra-deep drilling that will tap geothermal energy anywhere.

The drilling platform PLASMABIT co-operates with standard drilling equipment. It uses conventional technology in shallow sediments and soft layers for the initial thousands of feet but will penetrate hard rock to ultra-deep levels at an economically competitive cost.

For the oil and gas industry, investing in deep geothermal is more than diversification: it is the future. Climate policies that the world’s largest economies will adopt will soon make fossil fuels too expensive to compete with renewables.

This is why GA Drilling, as an R&D startup company, decided to actively seek partners from the oil and gas industry to participate in PLASMABIT development, testing, and deployment. We believe that together we will set the global industry standard for ultra-deep geothermal by 2030 and achieve even the most ambitious climate goals.