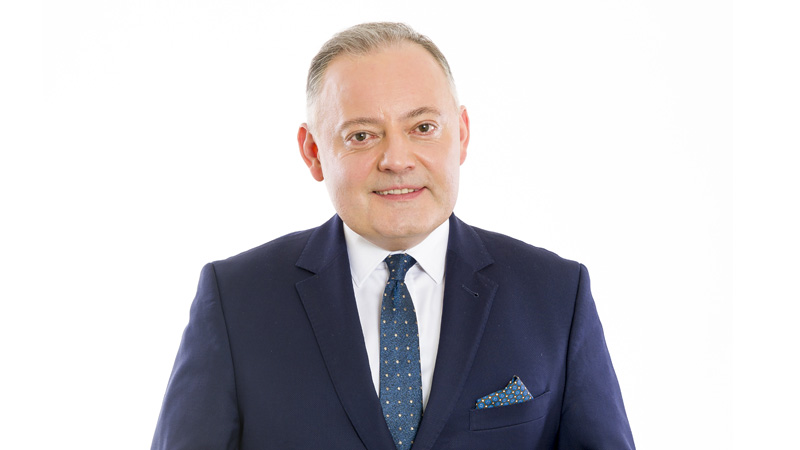 PGE Capital Group wants to be the leader of offshore energy in Poland. Plans to deploy up to 6.5 GW of offshore wind farms capacity in the Baltic Sea are divided into two stages. By 2030, PGE will commission two offshore wind farms with a total capacity of approximately 2.5 GW. The potential of the Baltic Sea will be fully utilized, and the PGE project base will be supplemented by another 4 GW after 2030.

Wojciech Dąbrowski is the President of the Management Board of PGE S.A.

The Baltic Sea is without a doubt well-placed to deploy offshore wind farms due to its strong and stable wind conditions. Other advantages consist of relatively shallow waters and low salinity of water. According to the estimates, the total installed capacity in the Baltic Sea basin will be an equal event to over 12 GW by 2030. 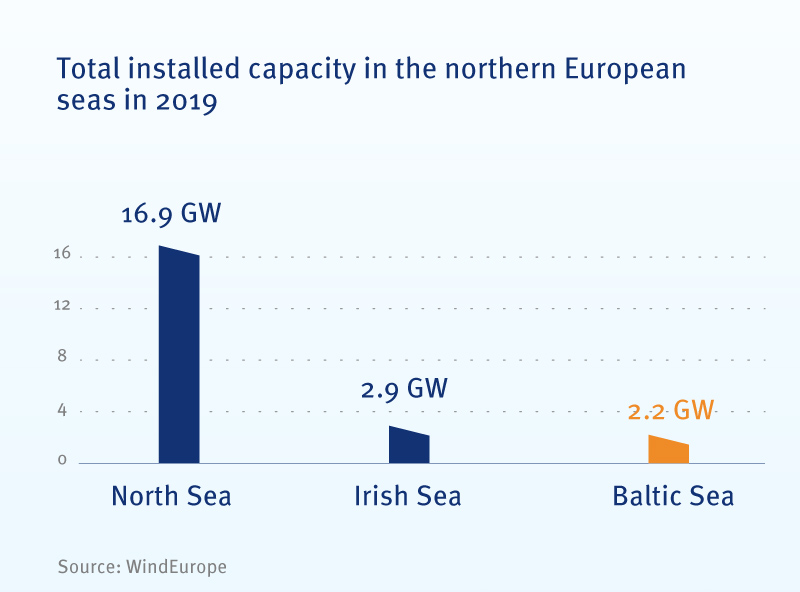 According to the new draft of the Polish Energy Policy until 2040, about 8-11 GW in offshore wind is to be commissioned within the Polish area of the Baltic Sea by 2040. The entire Polish offshore program is worth around EUR 30 billion by 2040.

The most advanced PGE’s offshore wind farms (Baltica-3 and Baltica-2) will be able to annually generate enough electricity to supply even 5.4 million households. These installations will meet the latest technical standards ensuring both maximum efficiency and a marginal impact on the environment. As part of Baltica-2 and Baltica-3, approximately 200 wind turbines measuring approx. 250 meters each will be installed. Investments will be implemented in the Polish exclusive economic zone of the Baltic Sea in favourable locations with proved good wind conditions. 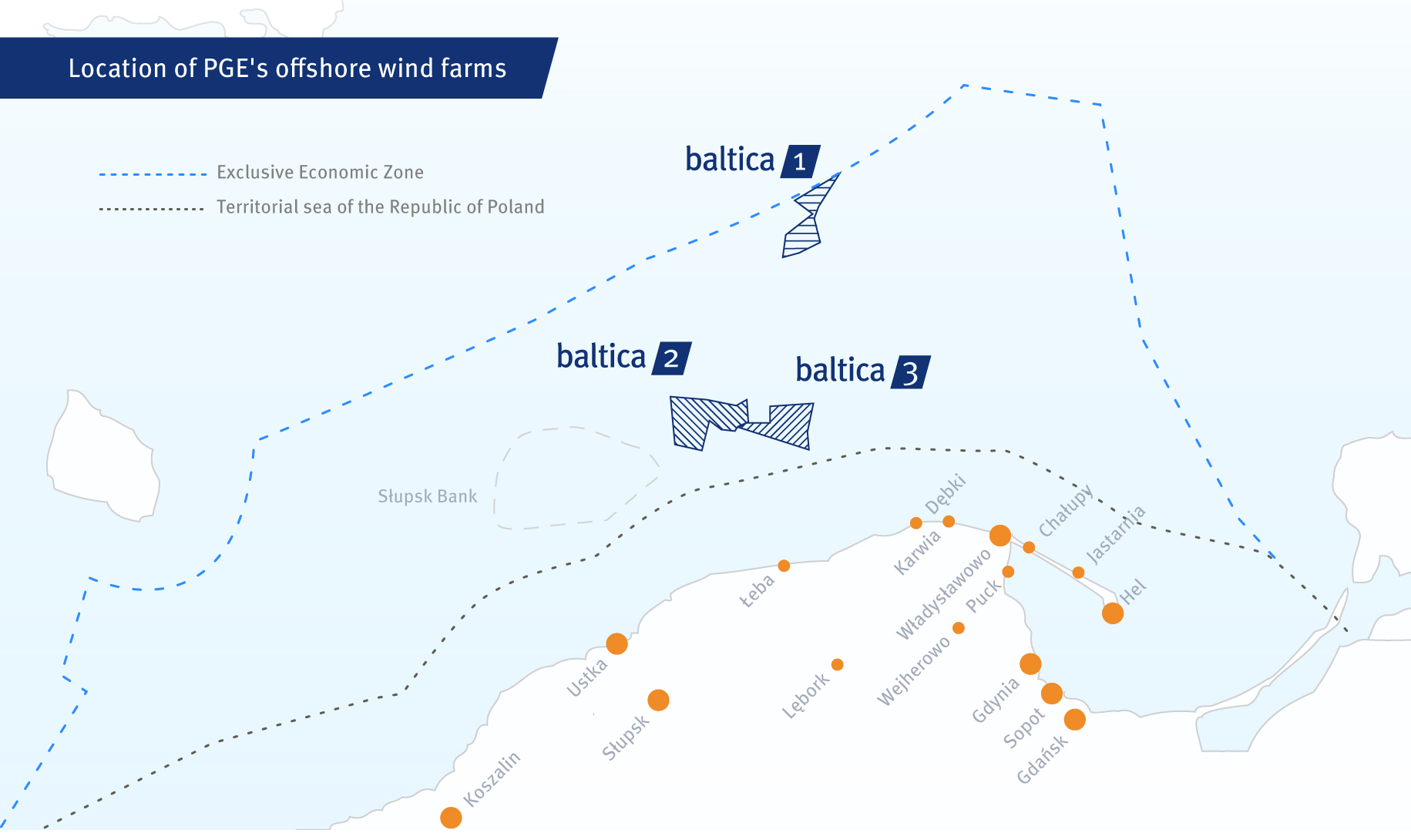 One of the key reasons why offshore wind farms have started to be built around the world is obviously environmental protection. Turbines located at seas exploit wind energy source, so no harmful substances are emitted in the electricity generation process. The commissioning of PGE’S three offshore wind farms will result in 11 million tons of carbon dioxide less emitted annually.

According to the poll conducted by the Polish Wind Energy Association (PWEA) in December 2018, offshore wind farms are the most accepted source of energy by Poles. 67% of respondents would like to use the electricity generated in offshore wind turbines right in their homes and 81% believe that the development of wind farms will have a positive impact on climate.

Offshore wind turbines are usually several dozen kilometres away from the shore, so they do not have a major impact on local communities due to their distance from houses, housing estates or farmland. PGE’s offshore wind farms, for example, will be located at least 25 km from the shoreline.

Driving force of the Polish industry

The construction of offshore wind farms is an opportunity for the development of the Polish steel and shipbuilding industry. PWEA has identified over 100 Polish companies that can be successfully involved in preparation, construction and operation of wind farms in the Polish area of the Baltic Sea.

To complete such a huge investment programme, it will be necessary to adapt and expand large ports to support the installation process as well as smaller ones with established operational and service facilities. Therefore, the Polish ports and smaller marinas in need of new quays and basins will also benefit from developing the offshore industry.

Facilitating offshore wind farms requires a whole fleet of specialized offshore units: installation vessels, cable carriers and auxiliary units. Polish project companies have already gained experience to design such devices whereas the Polish shipyards are able to physically construct them. The offshore development program will therefore be a strong impulse for boosting the shipbuilding industry.

Many Polish companies can be successfully involved in the construction and operation of wind turbines in the Baltic Sea. The offshore supply chain includes mainly manufacturing of wind turbine elements such as blades, generators, gears, power evacuation systems and other supporting devices. In addition, in Poland, there are many manufacturers of cables and power equipment able to provide materials for the construction of an offshore connection grid.

Currently, the majority of Polish companies operating in the offshore sector deals only with exports. A scale of operations would be larger if a domestic market was created. Establishing this home market will necessitate the training of specialist and not only technical experts. In result, opening up new perspectives for business and science cooperation in the field of research and educational projects will successfully continue.

The new industry on the Polish market means new jobs also in the area of ​​additional services. According to the available studies, installation and operation of 6 GW in offshore wind farms will contribute to creating as many as 77,000 jobs within a decade, to facilitate a just transition some of those jobs will be based on the reskilled coal-dependent jobs.

Join us to discuss offshore wind farm development in Poland