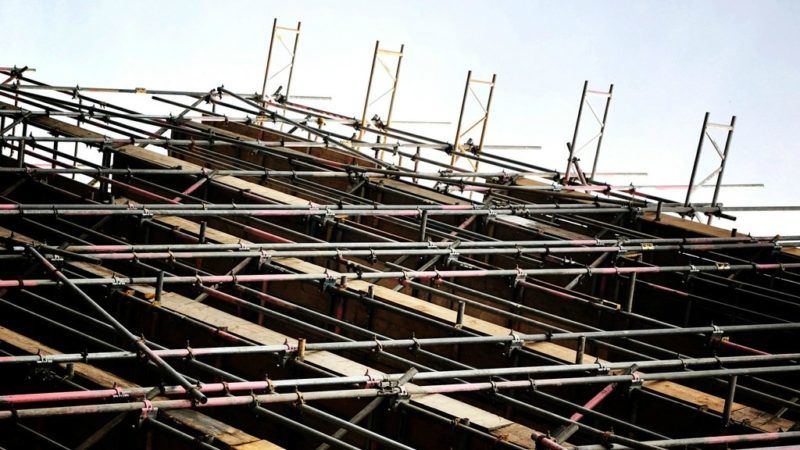 Energy performance contracts are a clever and innovative answer to the question of the up-front cost and the pay-back period of renovation works. [p2-r2 / Flickr]

Members of the European Parliament and national governments are running out of excuses when it comes to not adopting ambitious energy efficiency targets. Eurostat, the agency responsible for tracking the EU’s statistics including public debt, last week revised the way it goes about accounting for energy performance contracting.

This is great news as the current system has been identified as a key stumbling block by businesses and investors trying to respectively get their acts together and support climate-friendly companies.

An energy performance contract means that when the consumer uses energy, the cost saved from his or her reduced energy consumption will go towards repaying the cost of the building refurbishment works. It is a clever and innovative answer to the question of the up-front cost and the pay-back period of renovation works.

Up until now, public authorities (think cities and regions) had to register in most cases the totality of the refurbishment cost in one piece on their balance sheet. This cost was also counted against their debt. Needless to say, this treatment seriously undermined the attractiveness of this financing scheme.

It was actually almost impossible for public authorities to renovate using this solution as many governments are set strict limits as far as public debt is concerned. The city you currently live in probably had to abandon renovating your local swimming pool because the rules were not fit for purpose.

The only exception was to consider the expenditure the same way as public authorities register a public-private partnership. The conditions were however so strict that it was almost impossible to use it. The note required that the value of the renovation amounts to at least half the value of the building. We are talking about a lot of money here, and most projects are not that expensive.

These models are designed to be more easily accessible than the public-private partnership under the previous regime. There is, for instance, no more requirement regarding the value of the renovation.

While further guidance is needed about the technical aspect of these changes, this week’s announcement of the new accounting rules is an important step. It will hopefully lead to a massive and quick renovation of public buildings in the EU economy as it is now much easier for cities and regions to invest.

Europe can use this as the continent’s infrastructure is quickly ageing requiring large investments in the coming years.

The issue was championed by Vice-President Šefčovič, Commissioner Arias Cañete and Commission services who together drove the negotiation process together with Eurostat and national statistical offices.

They deserve applause as they have displayed resolution during the whole process and fulfilled their part of the deal: taking steps to create an enabling framework.

Thanks to them, it is today easier to deliver the energy efficiency targets than it was yesterday.

Europe’s energy performance contracting markets will however only take off if policy-makers send the right signals. Businesses and investors hate disruptions and abrupt changes, but now at least the framework is in place for real progress to be made. The best way for politicians to reassure them that Europe means business is to adopt strong targets and measures.

Parliamentarians are still to agree on the negotiation mandate on the efficiency files proposed as part of the Clean Energy for All Europeans package. With the new guidance, they have no more excuses. They should rally behind a binding 40% energy savings target – a target the Parliament has repeatedly called for in the past.

As Commissioner Arias Cañete wrote: with this week’s note, “it will be easier for schools, hospitals, and other public buildings – which make up more than 10% of the overall EU building stock – to invest for the purpose of improving energy efficiency”.

Last week’s decision lifts a major stumbling block in the road to a decarbonised building stock. It is now up to national governments and parliamentarians to seize that opportunity and adopt ambitious efficiency targets to drive Europe’s renovation.