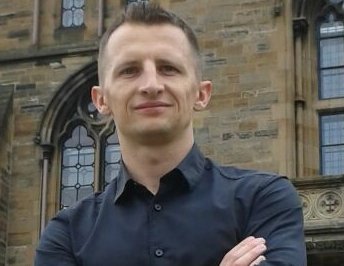 In early October, new Polish Prime Minister, Ewa Kopacz stressed, that she wouldn’t agree to anything that would lead to an increase in energy prices. In the end, writes Andrzej Ancygier, that was all the discussion over the 2030 targets was limited to in Poland: energy prices.

Dr. Andrzej Ancygier is a research fellow at the Hertie School of Governance in Berlin, where he analyzes German-Polish cooperation on renewable energy. Ancygier is also a lecturer at New York University, and Freie Universität, in Berlin.

Different experts quoted different numbers, but the message was clear: European energy and climate policy would have a significant impact on the welfare of Polish families and increase the share of population affected by energy poverty. This narrative has had a significant impact on Poland’s energy and climate policy over the last decade, and may have a great impact on the results of Poland’s parliamentary elections in late 2015.

The high costs of renewables…

Blaming renewables and climate policy for high energy costs strengthened significantly during the seven years of Donald Tusk’s reign, as Poland’s prime minister. Earlier this year he argued, that by delaying the adoption of the renewable energy law, the Polish government saved “billions z?otys for Polish families” and that “high ambitions concerning development of renewable sources of energy could be deadly for the Polish economy”.

In the meantime,  Tusk gave up as Poland’s longest-serving, democratically-elected prime minister, and in December will take over as the President of the European Council. But the perception of the renewable energy and climate policy as an expensive caprice imposed on Poland by much richer Western European countries remained, and with few notable exceptions, has also been repeated by the journalist in the Polish media.

At the same time, it has rarely been discussed what is happening with the proceeds from the auctioning of the emissions allowances. Few realize that they end up in the Polish budget. Instead, even some Polish politicians are convinced that the proceeds end up in Brussels, and are thus subsidizing the European budget, and financing richer economies. Even fewer people know that based on article 10 (b) and (c) of the EU ETS directive, Poland receives additional allowances, and could thus benefit from higher CO2 prices.

Unlike her predecessor, former physician Ewa Kopacz is not a great speaker, and is not perceived as a strong politician. When forming the government, she paid much more attention to keeping all fractions within the ruling Civic Platform satisfied. But she has also removed a number of people linked to Donald Tusk, in the previous government, and emphasized, over and over again, independence from her predecessor.

A month after taking over power in Poland, Kopacz was supposed to decide whether or not to veto the European energy and climate targets for 2030. Taking into consideration the state of the debate in Poland, a veto would significantly increase her popularity, badly needed in the midst of communal elections, and a year before Poles will choose their new parliament. By saying “no”, she could have presented herself as a strong politician, a Polish Margaret Thatcher, who wouldn’t defer to the pressure of the other member states. That was the strategy taken in the past by Prime Minister Tusk, whose government repeatedly vetoed ambitious targets for 2050 to defend “Polish interests”, which were also the interests of the Polish energy companies.

Prime Minister Kopacz decided to take a different, probably more difficult and risky path. She agreed to the target of reducing CO2 emissions by “at least 40%” until 2030. At the same time, however, she also defended the interest of the Polish energy companies by demanding the right to provide them with up to 40% of their allowances for free until 2030. The result is that fewer allowances will be auctioned, and thus less money will end up in the state budget. But this could have been the price to pay to fulfill the promise made in her acceptance speech: she wouldn’t agree to anything that would lead to an increase of energy prices for Polish consumers. Overall, Kopacz’s behavior during the summit could be a sign of the biggest change in Polish energy and climate policy in over a decade.

Poland is neither doomed to coal, nor to nuclear energy. In 2001, with an overwhelming majority, Poland’s parliament adopted a strategy with ambitious renewable energy goals, without any pressure to do so from Brussels. In 2003, Poland’s Climate Change Strategy suggested an emissions reduction target of 40% by…2020. Since, then Poland has already reduced emissions by 30%. A further 10% shouldn’t have been an issue. These were more ambitious targets than in many other European countries.

Some of the people who drafted these documents are still working in different ministries, but for almost a decade they were kept silent by the governments of Jaros?aw Kaczy?ski and Donald Tusk. It is far from certain, but possible, that under Ewa Kopacz a more rational energy and climate policy will take hold in Poland. She will not and should not give up coal overnight. But she could initiate a long transition towards a more sustainable, low-carbon energy system.

But there is another scenario. Victory for Kaczy?ski’s Law and Justice Party, which is already leading in some polls, would be a catastrophe for Polish and European energy and climate policy. A number of times Kaczy?ski described the notion of human-caused climate change as “laughable” and called the agreement to 2030 targets as a major defeat and blow for Poland’s economy. According to Kaczy?ski, adoption of these targets will mean that Poland will subsidize richer countries, but fails to explain how this should work.

Expanding the debate beyond the costs of energy, by pointing out the benefits of developing distributed, renewable sources of energy instead of spending billions on the construction of nuclear and coal-fired power plants, may decide the results of the next parliamentary elections, and thus the future of Polish climate policy. It would also present Poles with an alternative concerning the development of the power sector in Poland – one they haven’t had for a very long time.