The Brief, powered by APPLiA — Energising the EU bashing 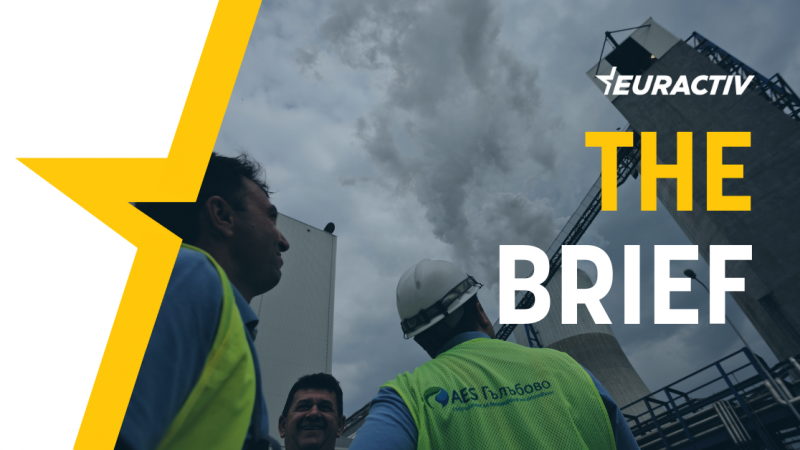 The recent surge of electricity and gas prices to record heights across Europe has a huge potential for EU-bashing in member states, something the EU institutions should try to avert — if they can.

In Bulgaria, the country the writer of this Brief knows best, politicians, analysts, and opinion leaders who usually agree on nothing are this time largely unanimous on one thing: They all blame the EU’s green policies.

In terms of energy, Bulgaria is a difficult case. It is dependent (still) on Russian gas at almost 100%, it resists EU energy liberalisation rules, it has a huge dependence on coal (50%), which it doesn’t want to relinquish because this is where it has complete autonomy in terms of resources, technologies, and manpower.

The future of the coal-fired plants appears to be the reason why Bulgaria has not yet submitted its pandemic recovery plan to the Commission: There is a strong hypothesis that the EU executive would reject it over the lack of ambition to phase out coal.

Moreover, Bulgaria has no real strategy for its energy future. It has been strikingly hesitant about whether to continue developing nuclear energy further.

The Bulgarian market knows many distortions, and one is the gap between the price of electricity for consumers, which still remains unchanged, and that for businesses, which is three times higher.

Still, with energy prices taking centre stage, internal shortcomings are not being discussed. Instead, they are conveniently forgotten because the culprit is clear: It’s the European Commission, whose action or inaction is blamed for the doubling of the daily carbon prices between February and October 2021.

Moreover, the EU is also blamed for having forced Bulgaria to close four of its six nuclear reactors, as a condition for its EU accession in 2007. Nuclear energy, apparently, is the game-changer that keeps some countries afloat when others may sink.

Commission experts are accused of incompetence and even idiocy. The Green Deal is called “lobbyists’ madness”. Politicians are calling for the immediate moratorium on the “Green Deal”, on the EU Emission Trading System and carbon pricing in general.

Even mainstream analysts say there is no credible alternative to coal in Bulgaria and the EU Commission has messed it up from A to Z. With the winter approaching and the cost of heating rising, this narrative is likely to contaminate and overwhelm any other discourse.

This was a story about Bulgaria. But EURACTIV has a network in more than a dozen member states, and we are starting to hear similar discourse in some of those places as well.

If the EU doesn’t want to face an EU-bashing tsunami, it is high time it stood up and defended its green policy, with arguments understandable for all. Preaching to the converted is not enough.

A message from APPLiA: Circular economy is a whole principle and recycling is an important step of it.

Isabelle de Silva, the president of the French competition authority, announced that she will not be reappointed and will no longer work on some “difficult projects”, including the merger of TV channels TF1 and M6. De Silva expressed her surprise because “until a few days ago, [she] was quite confident” about her renewal.

And Austrian Chancellor Sebastian Kurz repeatedly emphasised that he would not resign over corruption allegations — until he did. Kurz announced his resignation on Saturday evening, citing “an escalation between the two coalition parties” and “a deadlock situation.”

The UN summit on biodiversity opened in China and online on Monday afternoon, as countries meet to tackle pollution and prevent mass extinction ahead of the COP 26 climate conference. Beijing, the world’s largest polluter, has sought to position itself in recent years as a world leader on climate issues.

Britain and Ireland traded barbs on Twitter on Sunday, after British Brexit negotiator David Frost restated his view that the EU must agree to “significant change” to the Northern Ireland protocol. Irish foreign minister Simon Coveney asked if the British government actually wanted “an agreed way forward or a further breakdown in relations?”

The first face-to-face meeting between senior US and Taliban officials was “candid and professional,” US officials said on Sunday. The talks focused on security and terrorism concerns, safe passage for US citizens and other foreign nationals, and human rights.

One response to “The Brief, powered by APPLiA — Energising the EU bashing”