The Brief, powered by APPLiA — Stars align for nuclear 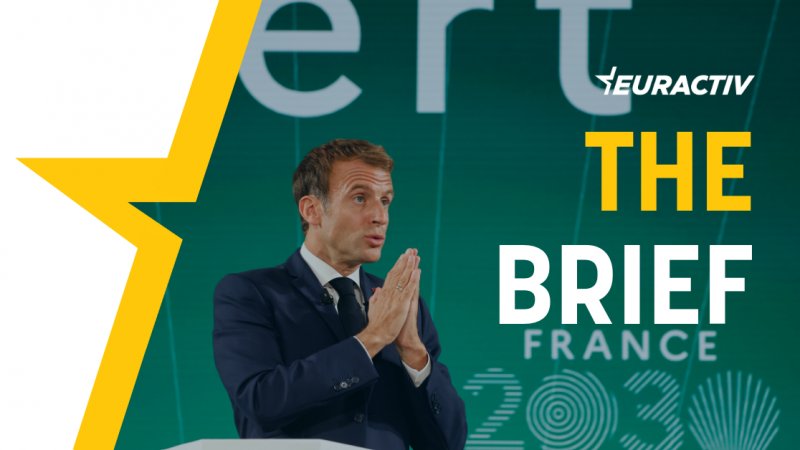 The current energy price spike is something of a storm. But it is also wind in the sails of nuclear energy in Europe, after many years of being given the cold shoulder.

The 2011 Fukushima disaster was a catastrophe for the nuclear sector. Less than three months after the accident, Germany decided to phase out nuclear power entirely by 2022.

The same year, Italy shelved plans to build new nuclear plants in a referendum. Belgium then decided to close down seven nuclear power plants that produce more than 50% of domestic electricity between 2015 and 2025.

Poland had plans to introduce nuclear energy, but public opinion turned against the idea after Fukushima. Bulgaria also debated it before dropping plans for a new nuclear plant.

Even France, which relies on nuclear power for 70% of its electricity, pledged to reduce it to 50% by shutting down 12 nuclear reactors by 2035.

This all sounds like ancient history now. In the aftermath of the energy price spike, intellectuals in Germany have asked this week for the country’s nuclear energy sector to be kept alive.

France, which may effectively shape some of the EU policy when it takes over the rotating Council presidency in January, is also pushing forward a plan for “innovative small-scale nuclear reactors with better waste management”.

Poland has changed its tune, and under its new ultra-conservative government, it has a nuclear programme with the first plant scheduled to open in 2033.

Earlier this week, ten countries led by France and Poland (including Bulgaria, Croatia, Czechia, Finland, Hungary, Romania, Slovakia and Slovenia) asked for nuclear power to respond to the ongoing energy crisis and be a tool towards a low-carbon future.

As a result, the European Commission is now widely expected to propose to include nuclear power as a “green” or “transition” technology under the EU’s sustainable finance taxonomy.

Countries are also moving forward with their projects. Croatia, which does not want to build nuclear power plants on its territory due to the importance of tourism for its GDP, is investing in a new reactor in the jointly owned Krško plant, in neighbouring Slovenia.

So, what happened? How did all the arguments against nuclear suddenly disappear? Why did even some Green politicians, like in Finland, suddenly change the discourse? How did opinion change, and how did nuclear become “green”?

For many, the price spike was a wake-up call. Wind and solar, backed up by gas, is not a sustainable solution, especially as more of us switch to electric cars, for which much more electricity will be needed.

For example, in terms of CO2 emissions, nuclear ranks better than wind turbines. If the argument of how to dispose of the nuclear plants waste is raised, well, it’s better to stock it in mines at a depth of 500 meters instead of burning fossil fuels that contribute to climate change.

But it seems we needed a crisis to realise that.

The European Parliament’s journalism prize, named after assassinated journalist Daphne Caruana Galizia, was awarded on Thursday to the Pegasus Project, which revealed global surveillance of journalists, politicians, and activists in 2021.

Medication shortages have been increasing in the EU since 2000, a problem which MEPs aim to tackle in a draft report to strengthen the EU’s pharmaceutical strategy so every patient has reliable and timely access to medicine.

One million EU citizens have signed a petition to ban the use of wild animals in circuses, co-sponsored by animal welfare associations Eurogroup for Animals and InfoCircos.

The G7 Finance Ministers have agreed on a new set of principles to monitor supply chain pressures across the globe and mitigate against future cases of disruption through green economic opportunities.

French far-right presidential candidate Marine Le Pen said that if she is elected president next year, she will end all subsidies for renewable energy and take down France’s wind turbines.

Experts at a digital inclusivity panel this week said that a faster pace and better cohesion are needed to achieve the Commission’s digital targets for 2030 and ensure no European is left behind in the digital transition.

Despite efforts to raise awareness by the authorities, patients with metastatic breast cancer in Italy are still struggling to understand what options they have and often lose precious time trying to identify the latest available treatments.

As the EU moves to tighten restrictions on the use of antibiotics in the livestock sector, probiotics are rapidly becoming one of the last tools remaining in the toolbox for producers. But prohibitive prices continue to impede their uptake, according to an expert.