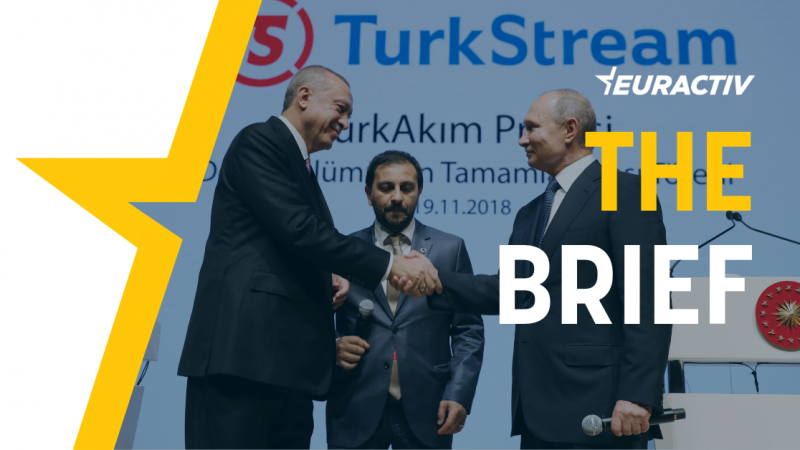 Why is Joe Biden discussing the issue with Angela Merkel? At one point, the US wanted to sell “Freedom gas” to Europeans, but now their LNG goes to Asia, where prices are higher.

Germany needs more gas, and it makes sure it gets it. Good for them, especially in times like these!

Besides, Nord Stream 2 replicates Nord Stream, for which not only has there been no Western opposition, but to the contrary, the project was inaugurated in 2010 with the presence of high EU officials. So what’s the difference? What has changed?

There are two milestones we should mention. One is the 2009 gas crisis, which left part of the EU in the cold. Russia and Ukraine traded accusations, and it is not unlikely that the then government of Yuliya Tymoshenko may have syphoned off Russian gas. Since then, unsurprisingly, in Russia, the idea of gas routes circumventing Ukraine gathered strength.

The next milestone is the Maidan revolution in Ukraine in 2013, which Russia saw as a Western-led coup d’état. On the counter-offensive, Russia annexed Crimea and sent paramilitaries to Donbas. In the meantime, the idea of projects such as South Stream (which turned into TurkStream) made their way, as well as a second Nord Stream pipe.

The common goal of these is to bring Russian gas to the EU, circumventing Ukraine.

It seems logical that Russia doesn’t want to depend on Ukraine, with which it has almost frozen diplomatic relations, to sell its most lucrative export product to the West. Ukraine’s friends, of course, cry foul, the US even envisaged sanctions both on Nord Stream 2 and on TurkStream, including against the Western companies interested in the projects.

If the transit of Russian gas is diverted from the Ukraine route, Kyiv will stop receiving hefty transit fees. If all the transit is diverted, Ukraine will also find itself with huge – and now essentially useless – gas infrastructure it has built, which will probably rust. Ideas to convert it to hydrogen are interesting, but for the future.

So what is at stake? What is the untold story?

Without any doubt, the Russian gas transit was for Ukraine more than pocket money. It was a guarantee, an insurance policy that relations, however bad (the two countries are technically at war), would not dramatically deteriorate. The status quo was good for Kyiv – and still is.

Yes, the remainder of Ukraine could turn into a landlocked country.

The US is sympathetic to Ukrainian concerns because Washington has a strategic interest to get a  foothold on the Black Sea, close to Russia.

The Ukrainians voice their concerns discreetly to their European friends, but they don’t get understanding, the general response is “it shouldn’t be as bad as that”. Germany says it’s important that the gas transit through Ukraine should continue.

But what are the guarantees? What can the EU do?

Individual EU countries are already negotiating long-term gas deliveries from Gazprom. These agreements specify the gas entry point. And Russia, offering a discount, makes sure the entry point is not at the Ukrainian border.

Now comes the question for dummies: What would EU countries choose? Solidarity with Ukraine or the Russian discount?

EU environment ministers have agreed to an ambitious stance on the climate crisis ahead of the COP26 summit, ​​saying global warming “is a direct and existential threat to humanity and biodiversity that spares no country.” The caveat? They will only implement the strategy if all other signatories of the Paris Agreement commit to doing the same.

And the Commission is preparing a “toolbox” of measures for EU governments to tackle the ongoing surge in energy prices without harming Europe’s single market, which EU leaders will discuss during a summit meeting on 21-22 October. Check out EURACTIV’s first look at the draft proposal for what you will (and probably won’t) see in the final document.

French lawmakers have adopted a new bill on the “book economy,” which provides a minimum delivery price for books and therefore rules out free postage. The law aims to level the playing field between Amazon and independent booksellers.

Russia plans to host international talks on Afghanistan on 20 October, and here’s a surprise: the Taliban is invited. Russia is worried about potential fallout in its wider region and the possibility of Islamist militants infiltrating nearby countries in Central Asia.

The Commission called for an investigation into Greek migration practices after German news outlets documented alleged pushback operations against migrants by Greek, Croatian and Romanian special forces.  EU Home Affairs Commissioner Ylva Johansson has expressed extreme concern about the situation and the “evidence of misuse of EU funds” given to members to protect their borders.

“No journalist should die or be harmed for doing their job,” European Commission Vice-President for values and transparency Věra Jourová said ahead of an upcoming European News Media Forum, as physical, judicial, verbal and online attacks against media workers have increased in Europe in recent years.

At the same time, progress on countering online hate speech is declining in Europe, with the lowest figures in a number of years reported in the latest evaluation of the Code of Conduct on Countering Illegal Hate Speech Online.

The European Parliament has overwhelmingly adopted a report to protect people with disabilities. MEPs agreed there is still a lot to be done as disabled people continue to face many barriers and discrimination across the bloc.

And MEPs also asked the Commission and EU member states to invest more funds and staff in cybersecurity, after various cyber defence organizations were labeled as underfunded. “Because of the huge task ahead, we need more money, more resources, and more coordination between member states,” MEPs said.

Search engines ​​DuckDuckGo, Qwant, Ecosia and Lilo have called on EU lawmakers to take action against their dominant rival Google in the upcoming legislative proposal on the Digital Markets Act (DMA). Currently, the companies argue that “the DMA fails to address the most acute barrier in search: Google’s hoarding of default positions.”

One response to “The Brief, powered by GIE — Pipeline politics for dummies”