The EU can stop the import of Russian gas

By Kirsten Dunlop and Various authors 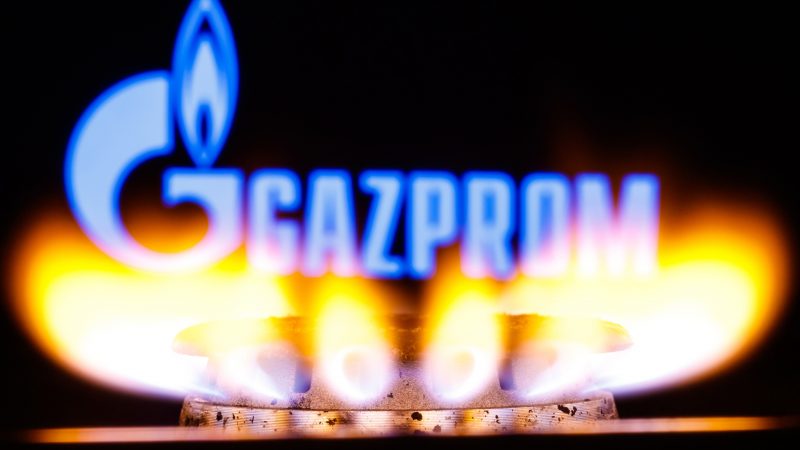 The Russia-Ukraine war is going on now. And it must be defunded now, write Kirsten Dunlop and other authors. [Sergei Elagin / Shutterstock]

The European Commission’s plan to reduce the EU’s energy dependence on Russia is an important step in the right direction, but it’s not ambitious enough and should also consider an import ban, writes Kirsten Dunlop.

Kirsten Dunlop is CEO of EIT Climate-KIC, an EU-funded Knowledge and Innovation Community (KIC) working to accelerate the transition to a zero-carbon society. Other signatories are listed at the bottom of this article.

Roughly half of the Russian budget comes from the export of fossil fuels. In addition, Russia, together with Kazakhstan and Uzbekistan, accounts for more than half of the world’s uranium mining, and all nuclear reactors that have begun construction outside China after 2019 have a Russian supplier. Needless to say, Vladimir Putin’s regime is heavily dependent on energy exports to finance the government and sustain its military operations.

At the same time, four-fifths of all new electricity production capacity put into operation in 2020 was based on renewable energy and this rapid expansion is a major threat to the Russian economy. The Russian fossil fuel economy will be weakened even more by the fact that batteries have also become cheaper, meaning that electric cars are replacing internal combustion engines to a rapidly increasing degree. Batteries can also store electrical energy that can be used instead of gas turbines to meet peaks in consumption.

When cheap renewable electricity is also used to produce hydrogen and other fuels when there is plenty of wind or sun – and thereby balancing the electricity system – additional oil and gas can be replaced. These opportunities are given high priority within the EU and in various industrial strategies. In Sweden, we see green ventures such as Hybrit and H2 Green Steel replacing coal with hydrogen. We also see a rapid expansion of wind turbines – now without subsidies – a rapidly growing battery industry, plans to produce both aviation and shipping fuels with fossil-free electricity and CO2 from biofuel-fired CHP plants.

Despite the rapid expansion of renewable electricity, the electrification of the transport sector and industry projects favouring different kinds of renewables, the EU is still heavily dependent on fossil fuels. It imports about 90% of the gas and 100% of the uranium it needs for energy production and Russia is its principal supplier. The value of Russia’s energy exports to the EU is, at today’s prices, in the order of €1 billion – per day!

And yet, even though energy revenues are vital for the Russian economy – and for its armed forces – sanctions have not yet been directed at the energy sector. President Biden put it this way: “We want to harm the Russian economy but limit the damage to our own economies.” That stance may seem reasonable, but it builds into a contradiction in that energy revenues are the very precondition for Putin to be able to continue the war – especially as Russia’s significant foreign exchange reserves are blocked by other sanctions.

Many argue that the EU would be hit very hard if we stopped buying gas from Russia. And that may be true. But we believe that despite the difficulty, it is this type of sanction that could really hit hard at Putin’s war. If gas imports were curtailed – or at least sharply reduced – Putin would lose a significant part of the income that finances his war of aggression.

Already, the European Commission has presented a plan for reducing energy dependence on Russia, an important step in the right direction. But we do not see it as ambitious enough. The Commission wants to reduce imports step by step, reaching a 70% decrease by the end of the year.

But this war is going on now. And it must be defunded now.

Analyses from the think tank Bruegel and a new report from the energy agency IEA show that conditions already exist for the EU countries to cope with a very strong reduction in gas imports from Russia – yes, even, an import ban.

Stocks of gas and uranium fuel in the EU are significant at present. It is also possible to increase imports of liquefied gas from USA or the Middle East, and to replace some of the Russian imports with gas from countries such as Algeria and Norway. At the same time, measures must be taken to limit demand – through efficiencies in industrial use, a reduction in the temperature of gas heated homes, reduced travel and by replacing gas in power production with, among other things, oil and biofuels.

As the consequences would be unevenly distributed between countries and households in Europe, an initiative such as this would require a solidarity redistribution of energy and other resources within Europe.

Actions like these are possible now and would hit Putin hard. If the Russian troops withdraw, imports and cash flow could resume, which would benefit both Russia and the EU. If the war continues, however, the difficulties with energy supply would be great next winter. Gas stocks would be depleted and the possibilities to replace Russian gas with imports from other countries are limited.

But the war is raging now. By restricting energy imports, Europe would show that we are serious about our support for Ukraine, even if it leads to significant sacrifices. It means, though, that we must also show persistence.

Therefore, short-term measures and sacrifices must be combined with streamlining, renewing and expanding Europe’s electricity production. The EU’s Green Deal prescribes extensive renovation work regarding old residential buildings – it provides both better comfort and overall profitability – in combination with replacing gas boilers with heat pumps. It also proposes a broad expansion of wind – preferably at sea – in northern Europe as well as investments in solar electricity in southern Europe. Large investments in storage technology, including green hydrogen are also assumed. All this can be scaled and accelerated to compensate for Russian gas dependence. Germany’s new government has already decided to advance its ambitions to reduce its dependence on Russian energy.

Many certainly want to describe efforts such as the ones we are proposing as too difficult for the EU to decide on. But then the question must be asked whether the sacrifices aimed at emptying Putin’s treasury today will not be far less than those that would otherwise be required of our societies for military rearmament – and the possible use of these military forces to meet new Putin-led aggressions.

Today, Putin has two strong interests behind his persistent attempts to influence public opinion and events in Western democracies: to create political divisions and to delay the development of renewable energy.

Western democracies face a difficult ordeal. Let us show that democratic decision-making can emerge victorious from such an ordeal.

If we in the EU handle this challenge skillfully – by stopping the economic flow to Russia, reducing the use of Russian energy and quickly building an efficient system of renewable energy supply in Europe – we have also done our part to avoid the risk of unmanageable rapid climate change.

The sacrifices made by our citizens should not be underestimated, but they are insignificant compared to what tens of millions of Ukrainians are forced to go through as a result of Putin’s unprovoked war of aggression.