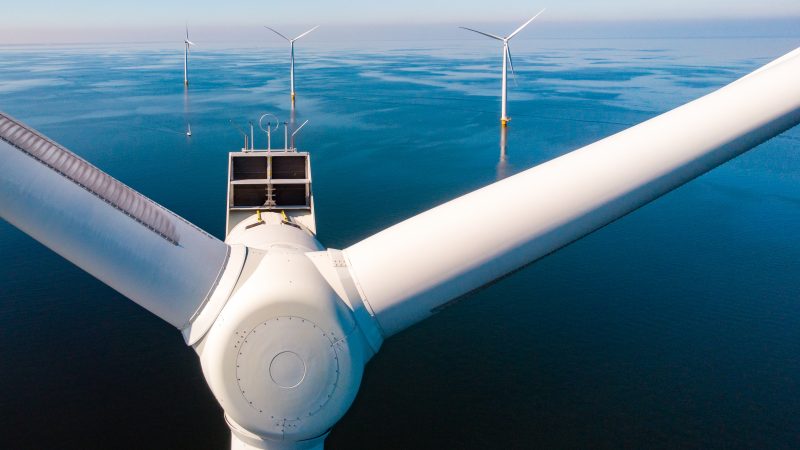 Europe must unite behind a new target of 45% renewables and 13% energy savings by 2030 in response to Russia’s war against Ukraine, write Pawel Czyzak and Pieter de Pous. [fokke baarssen / Shutterstock]

The EU’s initial unity in the face of Russia’s war against Ukraine is at risk of falling apart over RePowerEU proposals to lift clean energy ambition. Governments should take confidence in the fact that half of the proposed ambition lift is already decided, argue Pawel Czyzak and Pieter de Pous.

War and pandemic have shocked EU Member States into united action, which has led to a big increase in EU governments’ ambition to replace fossil fuels with renewables. A recent analysis by Ember found that 19 European governments accelerated their decarbonisation in response to the COVID-19 pandemic, gas crisis and Russia’s war.

This means that EU countries will reach a 63% share of renewables in electricity generation by 2030, up from 55% under previous commitments. And fossil fuel power generation will be cut by 31% (272 TWh) compared to national strategies from 2019.

The European Commission’s proposed RePowerEU plan, which seeks to make the EU independent from Russian fossil fuel imports, is now building on this by proposing higher clean energy ambition for the EU as a whole, taking the share of renewables in the power sector up to 69% by 2030. While ambitious, this is hardly revolutionary – the 19 Member States which have already increased their targets despite having no legal obligation to do so will bring the EU share up by eight percentage points. Raising the EU share of renewables by another 6% is therefore not a heavy lift, especially given that the 19 Member States who have already raised their ambition would make up a qualified majority in Council.

Even though technically viable, this much-needed move is now at risk of getting lost in the business-as-usual bureaucratic grind with Member States dithering. Besides, the French Presidency of the Council is reluctant to add new elements to a heavy negotiation it had thought almost over, while giving up on securing a common position for June’s Energy Council. As a result, the EU’s initial unity around the idea of a clean energy boom in response to Russia’s aggression is now at risk.

Business-as-usual, however, is no longer tenable in today’s security crisis. Nor should Member States have to feel apprehension over something that has already proven its worth. Renewables and efficiency are the cheapest, fastest options available to eliminate Russian fossil fuels and could make the EU independent from Russian gas imports as early as 2025 without building new gas import infrastructure. Moreover, recent research by Fraunhofer found that structurally high energy prices mean the EU could afford saving ambition at 21%, well above the 13% proposed by the Commission.

Uniting behind a new target of 45% renewables and 13% savings by 2030 is also more than just showing a determined, unified EU response to Russia’s war against Ukraine. It is a historic window of opportunity for the EU to close the low carbon gap between east and western Europe and let everyone and all economic sectors in the EU benefit from cheap and abundant free energy.

Most central European countries are already planning important initiatives to catch up. Bulgaria, for example, will spend €1.3bn in its Recovery and Resilience plan on renovating buildings and boosting support for renewables through new funding and faster permitting. It is also eying the first geothermal combined heat and power (CHP). Romania is another good example. The country just revised its coal phase-out plans to have coal-free power three years earlier compared to earlier plans. Even Europe’s best-known climate laggard, Poland, announced it will update its energy strategy in response to Russia’s aggression and increased the previous 2025 renewable capacity target by 53% in the Recovery and Resilience Plan.

Europe’s energy dependence on Russia is now recognised as the EU’s greatest weakness. Securing a swift agreement on the new RePowerEU targets is the strongest possible signal that Europe is fortifying itself here. With Russia having already shut off several Russian gas importers such as Finland, Poland, Bulgaria and the Netherlands, it would be a powerful message to citizens that the EU has their back.

The European Parliament sent an important political signal last week by rejecting a watered-down compromise on reforming the EU’s Emission Trading System, aiming for much-needed ambition instead. It shows this is not the time for weak compromises – the EU governments need to deliver by giving RepowerEU the high priority it deserves.