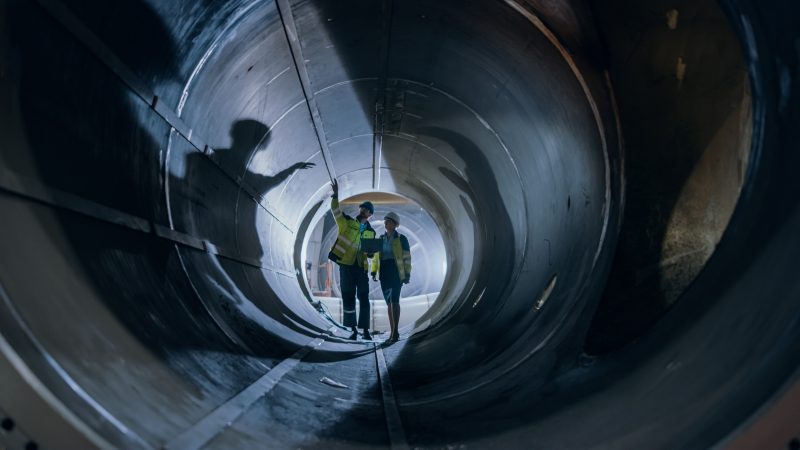 The EU's 2020 Ten-Year Network Development Plan (TYNDP) was based on an emissions reduction target of 41% by 2030, which is lower than the EU's updated climate goal of -55%. [Gorodenkoff / Shutterstock]

The fifth list of electricity and gas ‘Projects of Common Interest’ shows that policy inconsistency and the influence of vested commercial interests pervade their selection, writes Elisabeth Cremona.

Elisabeth Cremona is an energy analyst at Ember, an independent climate and energy think-tank. Previously, she was the lead energy system modeller at Malta’s national energy agency, working on the National Energy and Climate Plan and 15-Year Electricity Supply Plan.

On November 19, the European Commission published the fifth list of Projects of Common Interest (PCIs). This list identifies cross-border energy infrastructure considered crucial to deliver on the objectives of the European Green Deal and the Energy Union.

Once approved, the proposed PCIs –  which include 20 fossil gas mega-projects worth €13 billion – will benefit from accelerated permitting and priority access to EU funds. While fossil gas projects are no longer eligible for some financial assistance (CEF funding), they can still benefit from other sources (i.e., ERDF, EIB), which, in the past, have provided the majority of support for the commissioning of PCIs.

Just one week after COP26, the Commission’s backing for fossil projects seems absurd. As lawmakers and campaigners alike lambaste the proposed fifth PCI list, we might ask how we ended up with this mismatch?

The selection of PCIs is heavily based on the Ten-Year Network Development Plan (TYNDP). This energy master plan, developed biennially by the European Network of Transmission System Operators for Electricity and Gas (ENTSOs), provides a detailed scenario for Europe’s electricity and gas supply and demand until 2050. Each candidate infrastructure project is judged and awarded PCI status on whether it is critical to realising that master plan. Given the fundamental role of this energy scenario in European infrastructure planning, it must be aligned with the EU’s medium and long-term climate targets.

However, this was certainly not the case for the projects of the fifth PCI list. Their selection was based on the ‘National Trends’ scenario of the 2020 TYNDP, designed to reflect member states’ National Energy and Climate Plans. Given that these plans were developed to reach now outdated targets, the fifth PCI list is unaligned with the Fit for 55 package.

The 2020 TYNDP ‘National Trends’ scenario planned for an emissions reduction of 41% by 2030 and wind and solar capacity 20% smaller than that required by 2030 to reach the new targets, according to the European Commission’s modelling.

Investment decisions based on the fifth PCI list are thus inherently flawed. They risk failing to prepare Europe’s electricity grid for the increased ambition and locking-in climate incompatible assets, which may become redundant.

We see the same fundamental issues in the latest ‘National Trends’ scenario from the 2022 TYNDP, determining the next (sixth) PCI list. Our analysis shows this scenario continues to be out of step with the EU’s climate goals and is a far cry from a credible net-zero pathway. This scenario also sees natural gas for power generation little changed by 2040, an alarming assumption given the economic, geopolitical and climate consequences of a continuing reliance on gas.

Without a scenario reflecting a credible decarbonisation pathway, the PCI lists will continue to be flawed, and EU public funds risk being directed towards projects which take us further away from our shared climate goals. This raises the question – are the ENTSOs really preparing for the energy system transformation required to reach net-zero by 2050?

Indeed, concerns have been repeatedly raised about vested commercial interests influencing the PCI process. Both the TYNDP and the cost-benefit analysis methodology used to assess PCI candidates are self-developed by the ENTSOs with no approval currently required from an independent authority.

The EU Agency for the Cooperation of Energy Regulators (ACER) noted it is inappropriate for the owners of electricity and gas networks to have a monopoly over the identification of Europe’s energy system needs. External analysis supports this concern, concluding that most of the 32 gas infrastructure projects on the fourth PCI list are unnecessary for security of supply in light of the EU’s legally adopted decarbonisation measures. If built, they represent an overinvestment of €29 billion in fossil projects, supported largely by EU public funds.

As the TYNDP development and PCI selection process are both established by the TEN-E regulation, ongoing negotiations on its revision provide a once-in-a-decade opportunity to address these two points of concern.

Firstly, the TYNDP should be required to include a high-ambition climate scenario where 100% clean power is achieved by 2035 – a key milestone for a credible net-zero pathway, as identified by the IEA. This scenario should be used in conjunction with the same weighting for PCI selection as the ‘National Trends’ scenario. This will address the lag between the TYNDP scenarios and the EU’s increasing climate ambition. Taking into account different pathways to decarbonisation would also make the assessment more robust, future-proofing infrastructure plans and funding.

Secondly, the revised TEN-E should introduce independent oversight on the TYNDP and cost-benefit analysis, possibly led by the European Scientific Advisory Body on Climate Change set up under the European Climate Law. This will improve transparency and ensure no vested commercial interests guide infrastructure investment, reinjecting much-needed trust into the tools that inform the PCI selection.

The ultimate goal of TEN-E is to allow lawmakers to make calculated, informed decisions on energy infrastructure that will enable the EU to achieve its shared policy goals. Now is a critical moment to transform this framework into one that is fit for purpose.

Decision-makers must be provided with trusted, reliable information, free of potential vested interests. It must fully account for the infrastructural preparations required to usher in the energy transition. Decisions made today on infrastructure will be with us for decades, determining the course of the EU’s pathway to climate neutrality.