The missing element of Europe’s energy and climate security policy

By Ruslan Stefanov and Martin Vladimirov 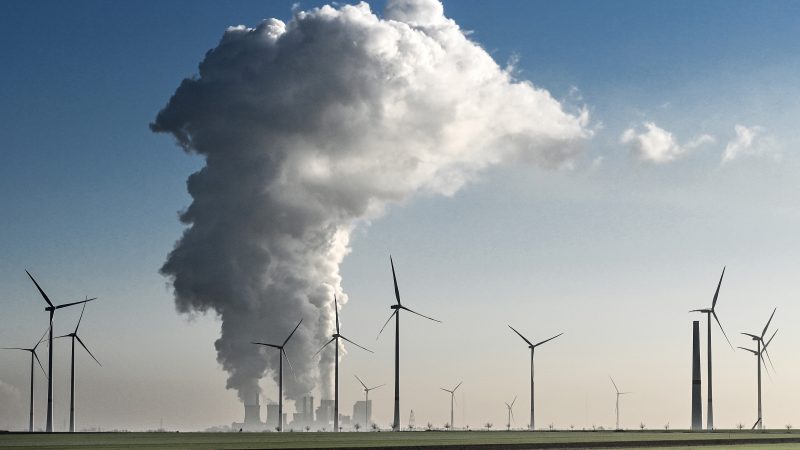 The implementation of the energy and climate security policies in Europe calls for the introduction of new evidence-based policy instruments for monitoring the progress of member-states, such as an EU Energy Security Risks Index, write Ruslan Stefanov and Martin Vladimirov.

Ruslan Stefanov is Chief Economist, and Martin Vladimirov is the Director of the Energy and Climate Program at the Center for the Study of Democracy, a European public policy institute. They are co-authors of the Kremlin Playbook series, assessing the size and mechanisms of the Russian economic influence in Europe.

The climate and energy transition in Europe is meeting increasing geopolitical and geoeconomic headwinds amid rising global power competition. The gas and electricity crisis in Europe has become a stark reminder that the energy policy trilemma of achieving affordability, reliability of supply and environmental sustainability at the same time, is far from solved. The crisis has revealed how the over-reliance on fossil fuels imported from a few authoritarian states such as Russia could significantly increase climate and energy security risks and undermine the energy transition’s viability. It has also bolstered voices urging for the revision or even the halting of the European Green Deal. This would be wrong.

The European Green Deal is not the cause but the solution to the energy crisis. It should also be the cornerstone of the new European energy and climate security strategy. Yet, its implementation, despite generous funding from the Next Generation EU (more than 30% of the funds should be dedicated to energy transition policies and projects), will have to overcome the considerable headwinds of climate scepticism and opposition in EU societies, fueled by domestic and foreign political pressure. The political fallout from the current energy crisis and the spectre of energy outages in the winter would require strong political will to power through necessary reforms that maintain energy security without comprising the climate transition process.

In the Russian fossil fuel grip

European governments are not only struggling to guarantee a reliable and cheap supply of energy but are also failing to overcome a fossil fuel lock-in. Instead of leveraging the abundant EU funding to rid themselves of excessive dependence on imported fossil fuels, many European governments promote large-scale natural gas projects with dubious commercial viability.

Embracing short-term political interests and Russia-linked entrenched oligarchic networks, Germany has consistently supported the Nord Stream 2 gas pipeline. However, it undermines the EU’s decade-long strategic objective for diversifying away from Russian gas dependence and throws Ukraine and much of Central and Eastern Europe under the Kremlin’s bus. An increasingly assertive Kremlin has masterfully exploited these large-scale projects to divide Europe.

Many governments in Central and Eastern Europe, including Bulgaria, Hungary, Greece, Romania, Slovenia and Slovakia, are also doubling down on gas infrastructure investments. These gas investments come on top of the already-built TurkStream gas pipeline, Nord Stream’s smaller but equally detrimental-to-energy-security twin in the Black Sea. Such a wasteful gas gamble will increase the dependence on Russia by between a third and 50%, stalling efforts to integrate European markets while locking countries into long-term, expensive supply agreements.

The switch to natural gas comes amid a constantly shifting coal phase-out timeline. Under intense political pressure from interest groups, European governments propose dates for a coal exit that is not in line with the economic viability of individual power plants. Modelling assessments consistently show that an earlier closing of the lignite-fired power plants would yield overall higher socio-economic welfare than delaying the process. Yet, the premature shutdown of German nuclear power plants and the natural gas crunch in 2021 has provided a lifeline for coal. As European governments panic about skyrocketing power prices and back down to the pressure from industry and households, abandoning the coal phase-out process altogether seems politically the most attractive option.

A delayed coal phase-out strategy derails efforts for the economic and social transformation of the coal regions. It also sends the wrong signal to the companies and workers there not to embark on the painful but more sustainable path to transition. State capture networks in Bulgaria, Hungary and Czechia, linked to the nuclear and gas industry, in turn, push for investments in alternative base-load generation, crowding-out renewable energy investments.

The 2021 energy crisis has clearly demonstrated the need for a new European Energy and Climate Security Strategy. To implement it, European countries can utilize the mammoth EU recovery, cohesion and transition funds.

So what should be the main pillars of this strategy?

First, the most sustainable way to reduce the dependence on imported energy and at the same time decarbonize the energy mix is to replace fossil fuels with a locally-sourced renewable energy supply. Decarbonizing energy markets will also deliver a blow to Russia’s ambition to increase its economic and political influence in Europe.

Second, Europe should complete and liberalize its energy markets, removing bottlenecks that cause regional price divergence and wake up energy nationalism. Current investments in upgrading power transmission lines and smart grids, pledged by just a handful of European countries, are insufficient to integrate many renewable energy-based power plants in the electricity system.

Third, European governments should better harness the enormous potential for cutting-edge renewable technologies such as offshore wind in power generation (with a power generation potential of 3,400 TWh by 2030), green hydrogen and synthetic fuels in industry and low-carbon transport infrastructure. European countries should prioritize investments in R&D, innovation and market capacity rather than on the passive consumption of technologies. Energy storage is a case in point. Governments across Europe should avoid wasteful investment in utility-scale batteries as the shift to this still-prohibitively expensive technology should be driven by citizens and small businesses.

The implementation of the energy and climate security policies in Europe divides the countries into policy takers and policymakers. Improving energy governance is critical to overcoming differences between the two groups and achieving common European goals. Bridging the policy ambition gap calls for introducing new evidence-based policy instruments to monitor member-states’ progress, such as an EU Energy Security Risks Index. Based on an objective, comparative assessment, the EU would be able to further and deepen harmonization of national policies across sectors and policy areas on the back of a long-term political, financial and social commitment.