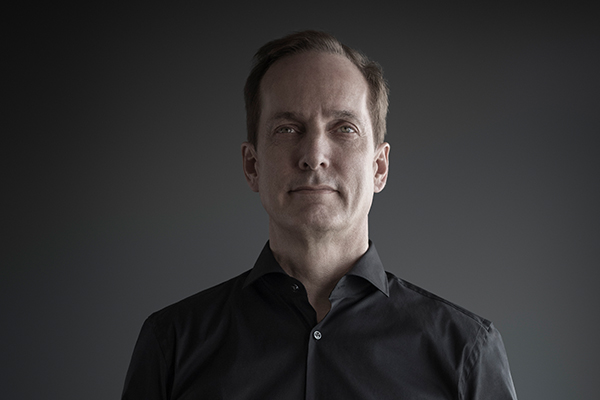 The energy industry is at a moment of reckoning. As the global energy demand continues to double and triple, climate change will not wait for us to solve the green energy conundrum on our own schedule.

John Redfern is the President and CEO of Eavor.

We need a bold transformation today. The good news is that we have a lot of tools available to us and, to our credit, we are beginning to use them. But our biggest clean energy resource remains largely untapped, the Earth itself.

Countries around the world are embracing wind and solar power, in one of the most dramatic technological revolutions in history. But the intermittency of these energy sources presents an intractable problem. Modern civilization simply can’t power itself down on calm and cloudy days, and billions of dollars of research performed by some of the world’s top minds has failed to produce the magical battery that will smooth out that curve.

The situation has become so bad that even the most committed environmentalists are turning their eyes back to problematic stopgaps like nuclear, natural gas and even biomass for baseload supply. But there is a better way. The real magic battery is right beneath our feet.

Unlimited Clean Power, If We Have The Skills and The Will to Tap It

The core of the Earth burns at thousands of degrees Celsius. That heat radiates continually outwards to our planet’s surface, and will keep doing so for tens of billions of years. In other words, the Earth can be thought of as a colossal battery, with more clean power than we could hope to use. A Canadian government survey estimated that the geothermal energy potential in Canada alone was more than a million times greater than the country’s total energy demand. And this is energy that’s available every minute of every day. So why is everyone still talking about wind and solar?

If you bring up geothermal energy in a conversation about the clean energy transition, you will hear the same misgivings time and again. People will tell you that geothermal works fine in Iceland, but we don’t all live on volcanic islands. They’ll tell you it may require fracking to build and can contaminate the water and soil. They’ll say it’s simply not practical to scale it up to meet a meaningful demand. Every single one of those complaints is now obsolete. They may have applied to the geothermal plants of decades past, but the technology has fundamentally changed.

Built with advanced drilling techniques and expertise developed in the oil and gas industry, the Eavor-Loop is a self-contained system that circulates a proprietary fluid through a precision well system running kilometers deep. An Eavor-Loop can be placed almost anywhere, at any scale. With low-footprint installations, you can produce as much energy as you need, anywhere in the world, with zero emissions and perfect dispatchability. When the wind’s not blowing and the Sun’s not shining, Eavor-Loop can dispatch its energy when needed to fill that power gap, or provide baseload 24/7 when other clean energy solutions are unavailable.

Put Your Ear to the Ground. Change is Coming.

In one fell swoop, this technology answers every criticism levelled against renewable energy. Rather than cluttering up the natural vista and soundscape as wind turbines do, the Eavor-Loop is almost entirely subterranean and practically invisible. And, while solar panels require vast tracts of flat unused space, difficult or impossible to find in many parts of the world, the surface footprint of an Eavor-Loop is so small it can be embedded into existing communities without disruption, providing power right where it’s needed.

As for concerns about scalability, the maximum output of the Earth’s geothermal reservoir is virtually limitless. An Eavor-Loop can be layered and extended underground to any size required.

Perhaps the biggest complaints about the green transition, however, come from those whose livelihoods depend on the fossil fuel industry. It’s easy to vilify the oil industry, but the reality is much more human. We can’t blame a rig operator or a geoscientist for wanting to keep putting food on the table. And, as much as we talk about skills retraining, most of the workers who’ve spent decades on the oil patch are unlikely to be landing high-paying jobs in wind and solar.

But the high-precision equipment that must be expertly operated to build an Eavor-Loop are the exact equipment those oil and gas workers already use every day. Deploying closed-loop geothermal at scale would make oil patch skills and experience the hottest commodity in the clean energy industry.

Eavor-Loop really is the silver bullet, and it couldn’t have come at a more crucial time. This can be the page in the history textbook where human ingenuity saves us from the brink and things finally start getting better. I’m not asking you to take my word for it, though. I’m just asking you to make it part of the conversation. The best solution will win out, but how long it takes to rise to the top depends on the quality of our dialogue. And we don’t have an excess of time.