The North Sea: The untapped powerhouse of Europe 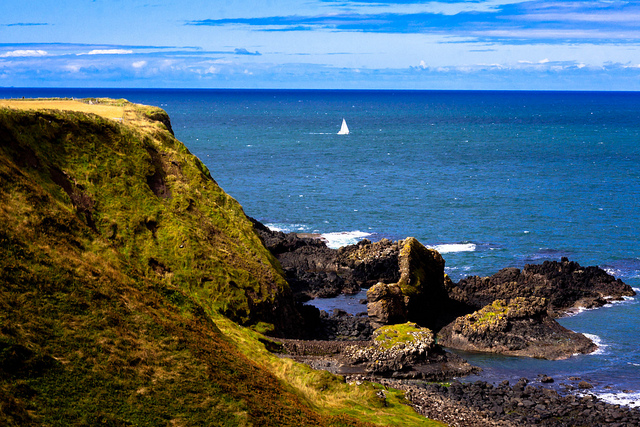 If the EU is to reap the benefits that the northern seas have to offer, a concerted effort is required both by the European institutions and the member states, write Claude Turmes, Theresa Griffin and Jeppe Kofod.

The northern seas of Europe could deliver more than 8% of Europe’s power supply, and realise savings in the region of €5-13 billion per year by 2030. This makes the North Sea the untapped powerhouse of Europe – and it’s high time for Europe to plug in.

A North Sea grid can increase EU production of clean renewable energy, lessen our dependence on imported fossil fuels, and generate thousands of new jobs in Europe – but these gains cannot and will not be achieved “automagically”.

If we are to reap the benefits that the northern seas have to offer, a concerted effort is required both by the European institutions and the member states. To this end, twenty members of the European Parliament – representing five different political parties and nine different member states – have worked together to formulate a seven-step action plan and a manifesto, outlining the way forward for concrete action on developing Europe’s northern powerhouse.

First, to ensure a common purpose and direction of such a project, member states should establish a high-level group. In this group, energy ministers, the European Commission and parliamentarians at EU and member state level must join forces, consulting all stakeholders on environmental and technical matters in the process. This includes trade unions and civil society.

To provide a clear direction for the development of both grids and wind farms, the transmission system operators in the member states surrounding the North Sea should formulate a 20-year grid development plan, taking into account other emerging marine renewable energy sources in the North Sea, and prevent unnecessary, costly fragmentation.

Discussions should be held on whether the North Sea grid could best be operated by a dedicated independent system operator on a joint-venture basis between TSOs.

The European Fund for Strategic Investments will be instrumental in kick-starting the development of the North Sea powerhouse, and should be used to set up a special finance vehicle for off-shore wind and cable infrastructure.

By working together and cooperating with trade unions, the Commission and member states can cut red tape in existing legislation, streamlining development, production and management costs. This in turn would make Europe a frontrunner on regionally co-ordinated offshore wind projects.

We have seen in the past how uncoordinated tenders in different member states can drive up the cost for offshore wind projects. This then results in a lack of orders and, ultimately, job losses.

To avoid such incoherence, the North Sea powerhouse should include a regulatory framework allowing member states to coordinate the timing of calls for tenders for offshore wind energy. This would further enable member states and private companies to realise considerable financial savings, and give more long-term stability to manufacturers and the EU economy as a whole.

The northern seas should become a distinct electricity trading zone, and in time build the infrastructure foundations for a truly integrated internal energy market by linking up the electricity markets surrounding its shores.

Finally, to reduce the costs and risks associated with the development of new technologies and ensure a continued European technological leadership, the EU should support the establishment of a pan-European turbine-testing centre.

Together, these measures can put Europe back on a path of technological leadership, and ensure that we reach the aforementioned 2020 and 2030 targets. But we are running against the clock.

Yes, technology will inevitably continue to improve and prices will continue to fall, which will enable the expansion of off-shore wind farms in the North Seas. But without European cooperation, this development will be fragmented, costly and inefficient.

Europe has to become, as Commission President Jean-Claude Juncker stated, the world number one in renewables. Building the northern seas powerhouse will be a cornerstone in this regard, ensuring cost-effectiveness, technological edge and regional cooperation. Indeed, this project is a perfect example of how much more we can achieve when countries stand together.

This is not an either-or-scenario. We have to adopt a multi-regional approach in order to develop and fully implement the internal energy market. The northern seas powerhouse should be the first of many regional efforts. The Baltic, and the various regions of the Mediterranean, need to be both encouraged and helped to follow suit.

Earlier this week, we met with the Dutch Presidency to hand over our manifesto. We were encouraged to see that it was received with both interest and excitement. Now, let us make sure that in 2020, at least 8% of Europe’s energy supply comes from North Sea wind and other emerging marine renewable energy sources.

Let us make the coming six months the defining moment for launching the northern seas powerhouse.

The manifesto “Northern Seas as the Power House of North-Western Europe” was signed by the following Members of the European Parliament: