The time is now to show leadership on global climate activities 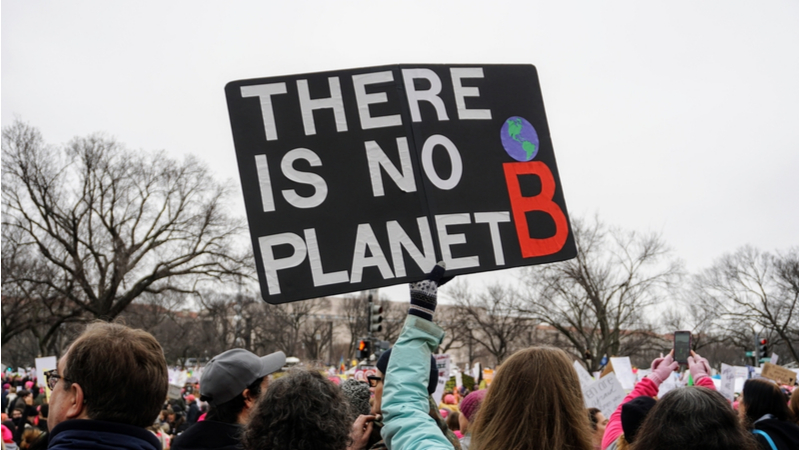 While the COP25 generated a lot of mobilisation, including a demonstration of 500,000 people in Madrid in early December, the frustration regarding its outcome is even greater. [Shutterstock]

This article is part of our special report COP25: Countries pressed to deliver.

The 2019 Oxford Dictionaries Word of the Year is ‘climate emergency’, defined as ‘a situation in which urgent action is required to reduce or halt climate change and avoid potentially irreversible environmental damage resulting from it.’  Explaining its choice, Oxford said that by September 2019, the word ‘climate emergency’ was more than 100 times as common as it had been the previous year.

It truly is the defining issue of our times, and we are at a defining time, as the UN Secretary-General António Guterres phrased it already during last year’s Climate Week.

Julie Kjestrup is Head of EU Affairs at Danfoss.

It is with the backdrop of the climate emergency that the world is gathered in Madrid for COP25. COP, and the climate, matters more than ever. We urgently need action, and Europe should lead.

Ursula von der Leyen, the new Commission president, has set a target of raising CO2 reduction targets of 50 to 55% by 2030 as part of her European Green Deal. A welcome and necessary step up in terms of  EU climate ambition, and a good opportunity to show global leadership and become the global ‘green beacon’ that other parts of the world will look up to, listen to, and learn from when it comes to finding tools, solutions and the will to reduce CO2 emissions and overcome the global climate changes.

These plans may be ambitious, but they are also realistic. We can achieve these goals while ensuring continued growth in the EU, and as the private sector we have a key role in showcasing that there is business and jobs in a net zero carbon future, and to encourage governments to step up climate ambition. This is called the ambition loop. In Denmark, this has long been the case – public-private partnerships are best practice and have helped spur innovation and leadership in the green transition. Denmark has also just agreed to reduce CO2 emissions by 70 percent in 2030, arguably the world’s most ambitious climate target as it stands.

We need the political ambition but most of the solutions that will help solve the climate emergency already exist. Energy efficiency is one. The International Energy Agency (IEA) estimates that, at a global level, approximately 44% of the required reductions can be achieved by energy efficiency, and an additional 36% can be achieved by changing to renewable energy.  Capturing the full potential of energy efficiency will allow for a faster roll-out of renewables and lead us on the most cost-efficient path to carbon neutrality. Taking Denmark as an example, new research from Ea Energy Analyse for the Danish interest organisation SYNERGI shows that the green transition will be 16-21 billion euros (DKK 120-160 billion) less expensive if we work on a combination of renewable energy and energy savings instead of focusing solely on green energy.

Still, this significant potential for energy efficiency is not leveraged, neither in Denmark, nor elsewhere. In fact, IEA’s Energy Efficiency 2019 report  published in November showed that energy efficiency uptake is slowing down and that the 2018 primary energy intensity improved by just 1.2%, the slowest rate since 2010, and considerably below the average 3% improvement consistent with the IEA’s Efficient World Strategy, first described in the 2018 Energy Efficiency report. These are global numbers but hold true for Europe, too.

The time for action on energy efficiency is now, and we know what to do. Surplus heat from supermarkets, data centers and industry are an example of low-hanging fruit. Cooling processes emit a large amount of heat which today is typically just wasted. Instead, it could be utilised to heat our homes via a district energy system. This would save large amounts of money in electricity infrastructure. Even so it rarely happens, because of a lack of incentives. Instead, there are administrative and sometimes also regulatory barriers that prevent it from happening.

Our buildings in Europe account for 40% of energy consumption. We know that we need to renovate them, also to make them ready to be supplied by renewable energy sources and become ‘smart’ e.g. via demand-response. We also know it is not happening as just reconfirmed in the Commission study on Building Energy Renovation, published just a few days ago. The public and private funds are there, but we must crack the code of making it more attractive to carry out energy renovations, for companies and house owners. As an example, many pension funds are looking for places where they can invest their money, so why not have them invest in the energy renovation of municipal buildings?

Time for Action, together

The decline in energy efficiency improvement must be reversed, and quickly. To do so requires clear directions for where we are going with our climate policy, with concrete and binding goals also for energy efficiency. At the same time, we must encourage the development and introduction of new technologies to ensure we get the fastest, most cost-effective decarbonisation. At EU level, the Green Deal will be an important piece of the puzzle. Nationally, governments should use their national climate plans and long-term strategies to make their economic development pathways and plans clear to enable companies to invest decisively in a net-zero future. Through this positive ambition loop, private and public partners can drive more meaningful and ambitious climate action, together.

Because we need to tackle the climate emergency in partnership. There is full recognition that no government – no country, no city, no company – and definitely no citizen – can do this alone. Over the last few months, more member states have been putting forward ambitious climate plans of their own. Now is the time for the EU to step up to the plate and deliver – first at COP25, and then with an ambitious Green Deal that can set us on track. The whole world is looking at us.