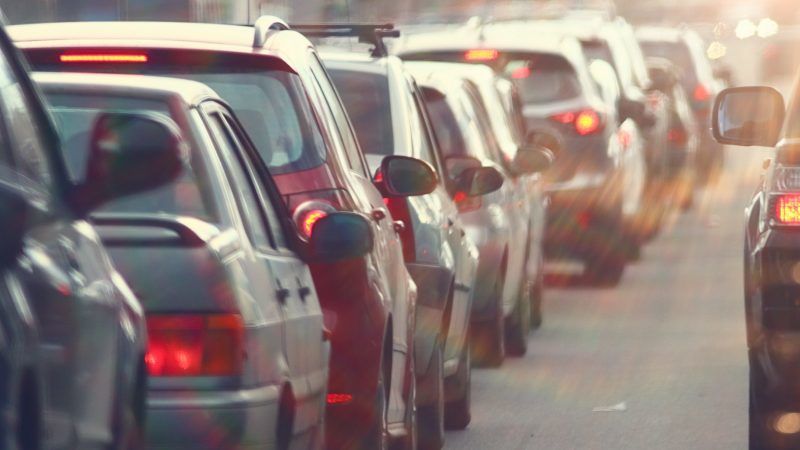 BRATISLAVA, BRUSSELS, 16. 5. 2018 – Thursday May 17, trialogue meeting of Commission, Parliament’s and the Council’s representatives on RED II Directive will continue with its third round. During the session articles regarding renewable energy in transport should be discussed.

The group of biofuel associations and 31 biofuel companies from V4 countries and Lithuania, Latvia and Bulgaria agreed on a joint declaration to the recast of the Renewable Energy Directive (RED II). The group asks for a binding target for renewable energy in transport of min. 12 %, without the possibility to count multiple times the contribution of some types of renewables for the purposes of the target. Such a system only artificially increases the use of renewable energy, but in reality, more fossil fuel is used.

“We firmly believe that opening the debate on renewable energy in transport after 2020 will bring rational and effective proposals that will be able to meet the defined climate goals. We are sure that the climate goals will not be achieved in the coming decade without the crop-based biofuels, which have already brought significant GHG savings in transport. Therefore, their use shall not be eliminated till 2030,” said Zuzana Jakubičková, Director of Legal and Legislative Affairs of Združenie pre výrobu a využitie biopalív (the Slovak signatory – Association for Production and Use of Biofuels).

Associations and producers of biofuels from V4 countries and Lithuania, Latvia and Bulgaria come together in the Joint Declaration to promote the preservation of crop-based biofuels. They appeal to the competent decision makers to adopt stable and healthy biofuels policy, which will support steady production and investment framework within EU countries.

The group believes that the advanced biofuels shall be promoted as a new renewable alternative in transport. The mandatory share for advanced biofuels seems to be an effective option. Nevertheless, the support shall be reasonable and sufficient to encourage the investments.

Overall, if the policy will fail to comply with the market realities, the authorities shall not expect any new investment in the biofuels sector in the EU. ​

Another significant request of the signatories that strongly supports the slowdown in climate change is a definite ban in the use of palm oil for the purposes of renewable policy due to deforestation resulting in huge GHG emissions. Such approach is logic and completely in line with the philosophy to support sustainable production.

The whole text of the declaration can be read below.

On behalf of the Visegrad 4 Countries plus Bulgaria, Latvia and Lithuania, we would like to express the following views on the Renewable Energy Directive recast (RED II). As we are moving into the later stages of the RED II legislative process, we believe the following are critical to achieve an environmentally friendly and economically practicable renewable transport energy policy.

1) Crop-based biofuels use is not reduced

Crop-based biofuels currently play a key role in decarbonising transport: they effectively reduce GHG emissions, bring protein rich animal feed of high quality, and directly displace imported fossil fuels. They are the first step, and the foundation, for further transport decarbonisation. No proposal to force them out of the market or reduce their consumption should be entertained, as that is simply a step in the wrong direction and against the grain of policies in every other Paris Agreement signatory.

The renewable energy target in transport (RES-T) should increase between now and 2030, not decrease. RES-T may not be reduced at national level by reduction of crop biofuels as proposed by the Council, without abandoning all hope of attracting additional private investment. Moreover, any possibility to use multi-counting for the achievement of the target reduces the demand for renewables, creates competition among renewables, and supports fossil fuel and thus leads to the increase of GHG emissions. Multiple counting could lead to a significant drop of RES-T over the next decade, which would also preclude private investments (and invite international ridicule) if the end result is a policy that increases oil’s market share in the transport sector.

The measures used to incentivize the development of advanced biofuels need to be reasonable and realistic, sufficient to encourage investments but not so extreme as to encourage watering down sustainability ambitions (i.e. by including feedstock or processes that are not advanced, such as (i) palm derivatives, (ii) any kind of hydrogenation, esterification, or transesterification of plant oils, or (iii) any kind of fermentation of non-cellulosic hexose sugars). Therefore we propose a binding mandate for Annex IX-A of no more than 1.5% (without multiple counting) and removing feedstocks that are not actually advanced. A binding mandate is necessary, at a level (and with high criteria) that will expressly not be abandoned when it results in high price signals to investors.

4) Ban on palm oil and all its derivatives

Palm oil drives peatland drainage, and peatland drainage is a far more devastating climate event than any other land use change, including all other forms of tropical deforestation due to soil oxidation, which results in an order of magnitude greater amount of GHG emissions than simple deforestation. We applaud the EP decision to ban palm oil and note that a ban must have a reason in order to withstand any legal challenge. Therefore, we call to clearly state that palm oil is banned based on it being the only biofuel feedstock whose expansion is synonymous with soil oxidation. Accordingly, a policy that aims to limit peatland drainage, will apply also to all other forms of palm (derivatives such as POME and PFAD).

To underscore the importance of climate change, we strongly advocate equal treatment for all biofuels (either conventional or advanced), all electricity and all renewable fuels of nonbiological origin: in respect of GHG savings and sustainability criteria considering the whole life cycle. This includes requiring that, in order for feedstock to be considered sustainable, it must come from a country in good standing under the Paris Agreement, a restriction which is currently proposed as being applicable only to woody biomass used for purposes other than transport. Applying this restriction selectively not only makes no climate sense, but would also invalidate the restriction under WTO rules.

In conclusion, we represent farmers and processors that have invested billions of Euros in biofuels and sustainable feedstock, including most of the investments in biofuels in the entire EU launched this decade, and we have created supply chains that currently support approximately 500,000 jobs in disadvantaged rural areas. Our investments are, quite simply, responsible for basically all of the GHG savings in our region’s transport sector in the past decade. It makes no sense to put these jobs or that oil displacement at risk. We have and continue to invest in ethanol, in biodiesel, in cellulosic ethanol, in biogas and in other biofuel technologies. With a grounded RED II, we would continue to invest, including in exactly the advanced biofuels that everyone is hoping will flourish and become viable in coming years.