The weaponisation of Nord Stream 2 has already started 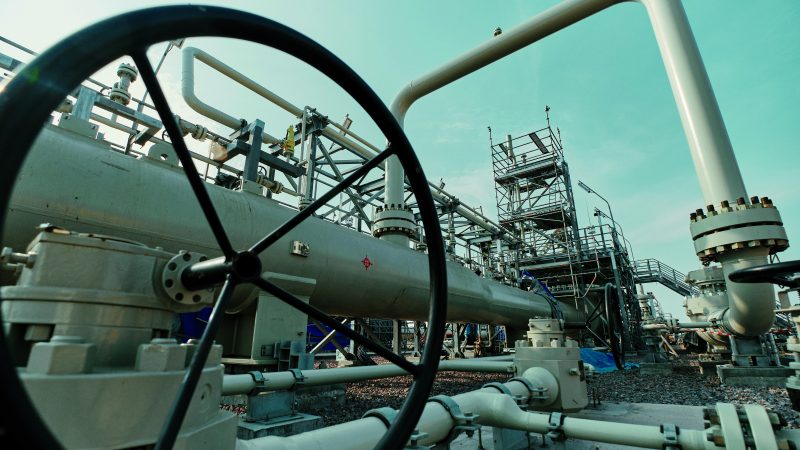 Whether Berlin acknowledges it or not, Russia has aimed its energy weapon at all of Europe, and the German consumers are already paying the price, writes Mykhailo Gonchar. [© Nord Stream 2 / Igor Kuznetsov]

Global market trends surely play a role in explaining the current gas price rally, but the shell game played by the Kremlin is here for everyone to see unless we choose to look the other way, writes Mykhailo Gonchar.

Mykhailo Gonchar is the chief editor of the Black Sea Security Journal and president of The Centre for Global Studies “Strategy XXI”.

Seven years ago, on a misty Thursday morning of 27 February, the little green men were first spotted in Crimea. Nineteen days later, the borders of a European nation were changed by force for the first time since World War II, when Russia annexed Ukrainian sovereign territory.

What enabled this blitzkrieg was plausible deniability – skilfully weaponised by the Kremlin to disorient and confuse the Transatlantic Alliance. A simple act of removing insignia from the uniforms of the invading army paralysed decision-making, excused inaction, and sowed the seeds of discord among allies.

The Kremlin is using the same tried-and-true formula in a gas war against Ukraine and Europe. Redlines have been drawn, when the German-American statement was issued on July 21st articulating the Western commitment to “respond” to the “Russian efforts to use energy as a weapon.”

But as we watch the deliberate squeezing of the European gas markets by its dominant supplier – Gazprom – the hot rhetoric sounds like a hollow threat. This is plausible deniability in action. And some, in the West, conveniently ignore Gazprom’s role, for acknowledging it would require a decisive response.

Since March, the European gas futures have doubled in price and then doubled again, reaching a historic high well ahead of the peak season. Surely, the global gas market trends matter, but the shell game played by the Kremlin is here for everyone to see unless we choose to look the other way.

If Russia didn’t have enough gas to satisfy the European demand, no new pipeline could solve this problem. But that’s not the story: Gazprom claims to have increased gas production in 2021 by about 18%.

Right now, Ukraine has spare transit capacity roughly twice that of Nord Stream 2, but Gazprom is choosing not to use it. If this is not blackmail, I am not sure what is. Putin’s spokesperson Dmitry Peskov could not have been more straightforward with his recent remarks,

Why is the Kremlin so adamant about this project? Well, it addresses a wide gamut of its strategic objectives: take away Ukraine’s leverage, create divisions in the Transatlantic alliance, portray Europe as spineless and unprincipled, and maintain post-Merkel continuity in the German-Russian relations.

From day one, this pipeline was a classic reflexive control operation. The choices are framed by the Kremlin, in the best tradition of the KGB, so that no matter what Berlin, Brussels, or Washington does, Moscow wins. Now is the time to break this vicious cycle.

The weaponisation of energy comes in many forms. The manufactured gas market crunch is the carpet bombing that tests the adversary’s will to fight. And what we can expect next is a precision strike against Ukraine in the coming months.

Predicting the exact Kremlin action is a fool’s errand. Still, we can be sure of one thing – it’ll be a hybrid attack shrouded in ambiguity.

There is one particular vulnerability that Putin might exploit – the technical complexity of gas transit. It is not a trivial matter to ship billions of cubic meters of gas over hundreds of kilometres. So one way to impair transit via Ukraine is to introduce supply volatility: shipping maximum possible volumes one day and minimum the next.

The current daily volume of physical gas flow via Ukraine is around 90 mcm. Suppose NS2 begins its operations this winter at just 10% of its total capacity, which could take as much as 60 mcm per day from the Ukrainian route.

Hungary has announced that a significant part of its Russian gas imports will come from the south (via Turkstream) starting this October. That will take another 10 mcm of gas transit from GTSOU. What we are left with is 20 mcm per day, which is less than a tenth of the pre-pandemic transit volumes of 2019 (i.e. 250 mcm)

Under those conditions, the weaponisation of the ship-or-pay contract becomes a distinct possibility. The current transit agreement doesn’t obligate Russia to physically send gas to Europe through Ukraine, as long as Gazprom pays its bills.

Given the Kremlin’s ultimate objective to diminish our strongest non-military buffer, Gazprom could deploy supply volatility as soon as the coming winter to sabotage GTSOU’s abilities to fulfil its obligations on the quality and volumes of gas vis-a-vis the neighbouring TSOs in Slovakia, Poland, Hungary and Romania.

Such a hybrid strike could help Putin kill quite a few birds with one stone. Angela Merkel promised that the transit through Ukraine will continue, and, when Gazprom drops the gas volumes to the levels where it is better for GTSOU to suspend East-West flows than to continue it, the German Chancellor wouldn’t have to lose face and Putin could blame Ukraine.

The most sinister dimension of this scenario is that no formal violation of contract or market regulations is required. The plausible deniability will, once again, relieve the pressure on the West to respond.

Germany’s political calendar is yet another favourable factor in the eyes of the Kremlin. While the opponents of Nord Stream 2 are hoping for a landslide victory on September 26th by the Greens, who promised to scrap this ill-fated pipeline, Putin knows that Merkel will remain a German Chancellor for quite some time.

So the smart money is on the ambiguous election results and the long coalition-building process thereafter.

For the next several months, Germany will be led by a lame-duck Chancellor who has been a staunch supporter of what the Polish defence minister aptly termed the Molotov-Ribbentrop pipeline. The Kremlin isn’t going to waste this unique window of opportunity.

Will Berlin, Brussels, and Washington look the other way if Moscow, ‘acting within the rules,’ sabotages transit through Ukraine this winter? My sincere hope is that the answer is no. I’d like to believe that the Transatlantic Alliance will not allow Putin to hide behind the curtain of ambiguity forever.

The proverbial little green men of the 2021 Russian gas war against Ukraine and Europe have already arrived. Once again, the initiative is with the Kremlin, while the overwhelming power to define the outcomes is on the Western side.

The feeble response from NATO to the Russian invasion of Georgia in 2008 surely factored into the Kremlin’s calculus in 2014, when it attacked Ukraine.

Whether Berlin acknowledges it or not, Russia has aimed its energy weapon at all of Europe, and the German consumers are already paying the price. The threats to punish Russia at some future date no longer suffice. The very credibility of the Western deterrents is on the line and the time to respond is now.