By Roberto Bocca and Roderick Weller 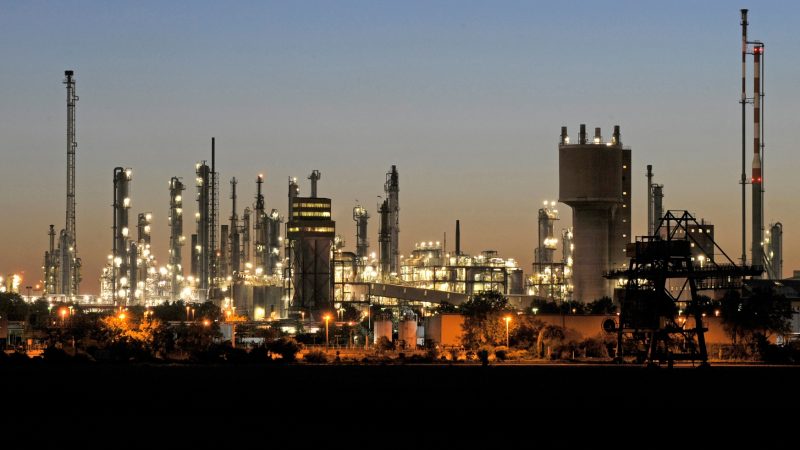 The transition in heavy industries is a more complex challenge than many people care to admit. Advanced materials, chemicals, energy and metals are indispensable for our productive economies, write Roberto Bocca and Roderick Weller. [BASF / Flickr]

Over the last century, the chemical, mining and metals, and energy industries have shaped the quality of our everyday lives. Now they will have to transform again as part of the green transition. Here’s how, write Roberto Bocca and Roderick Weller.

This article is related to the World Economic Forum’s Annual Meeting 2020 in Davos-Klosters, Switzerland 21-24 January.

Over the last century, the chemical, mining and metals, and energy industries have shaped the quality of our everyday lives – from a car made from various metals to the energy services required to heat and light our homes and the plastics used in water-purification or medical devices. These industries developed in a world that was abundant in natural resources and when technology and capital availability were the main constraints.

Now, as the realities of our economies and societies change, these industries will be even more fundamental to the future we aspire to achieve. They also need to adapt to new business models that deliver greater performance as well as being inclusive, sustainable, circular and traceable.

Yet, the transition in heavy industries is a more complex challenge than many people care to admit. Advanced materials, chemicals, energy and metals are indispensable for our productive economies. The global battery investment market is projected to reach $620 billion by 2040, but the extraction of raw materials can have significant social and environmental costs.

Energy related global greenhouse gas (GHG) emissions have continued to rise for the past three years. According to the IPCC, we have a remaining carbon budget of 420-580 GT CO2 to have even a 50-66% chance of meeting the Paris Agreement goal. To put this in perspective, there is more than 846 GT of committed future CO2 emissions if all proposed plants and all infrastructure is operated. Moving towards a lower-carbon society is key if we make the necessary changes to get to net zero by 2050.

The need to transition these industries is clear, but it is much more complicated than switching from fossil fuel to renewable energy, fighting the use of plastics or sourcing minerals to meet the soaring demand for new technology. The very basics and expectations have changed with increasing pressure for transparency, nationalism and populism affecting decision-making and forward planning.

Partnerships and commitments within the material and energy industries and throughout their value chains are essential to galvanize action with greater attention to the preservation of people and planet. In 2019, societal pressure for solutions to make faster progress was much greater and rightly so.

We must ask some tough questions: Who is paying for the transition? Which company will invest in new sectors taking considerable and unknown risks? Who has the courage to close coal mines and attempt a balanced redistribution of the social and economic costs? How can we ensure the transition leaves no one behind?

These challenges aside, we have an opportunity through the new technologies being ushered in by the Fourth Industrial Revolution to shape the future of the energy and materials industries for the benefit of society with all stakeholders included. To take advantage of this opportunity, we must have the courage to collectively redesign the system. Here’s how business, policy-makers and the public can step up.

The role of business

Business leaders must have the courage to take risks, looking past short-term profits to long-term impact and success. For example in May 2016, French energy company, Engie, began a €15 billion divestment plan to focus on power grids, renewable energy and energy services and away from fossil fuels. In the business world, there are already many examples that can inspire others to act or make tangible commitments.

Repsol, the Spanish global energy company, recently became the first major oil company to declare it would have net zero emissions by 2050. The company plans to transition its spending into renewable energy. It will also link at least 40% of the long-term variable pay of its leaders, including its chief executive officer and senior executives, to objectives that help the company comply with the Paris Agreement.

Similarly, Ørsted has in the past decade transformed from being a Danish oil and natural gas company into one of the most successful companies focused on renewable energy. It specializes in offshore wind as well as biomass conversions and acquisitions, increasing earnings at the same time. It is on track to divest or convert most of its coal and gas power plants to biomass by 2020.

In addition Umicore, the Belgian materials company, has transformed from a smelting company to a pioneering recycler of waste metals and developer of clean technologies. The company took this risk in response to changing market conditions and the promise of new business opportunities. To help focus on success, it set medium-term targets of five years, increased its budget for research and development, and retrained its staff.

The role of policy-makers

Policy-makers must also show courage in making commitments to an energy transition. For example, in mid-2019, the UK became the first major economy to pass a legally binding target to bring all GHG emissions to net zero by 2050. This is compared with the previous target of at least 80% reduction from 1990 levels. The country has reduced emissions by 42% while also developing the economy by two-thirds over the same period. This law has spurred climate action in the UK in the past decade and provides lessons that can be applied internationally.

We could also take inspiration from the Government of India, which rapidly scaled up the market for LED bulbs. From the power of bulk procurement, it reduced the cost for consumers, making LEDs cheaper than the less-efficient compact fluorescent bulbs. The scheme has distributed more than 770 million LED bulbs throughout India. Using its Domestic Efficient Lighting Programme, the government has paved the way for other energy efficient technologies and reduced India’s carbon footprint by approximately 60 million tons of CO2 equivalent.

In the materials space, South Korea was an early adopter of “pay-as-you-throw” (PAYT) schemes, where households are charged for the amount and type of waste they generate. This scheme is widely credited for the sharp drop in the country’s waste intensity and the steady increase in recycling. Compared to the early 1990s, the share of municipal solid waste being landfilled has decreased from 94% to 15%, while the recycling rate has increased from 5% to 60%.

A final example is from the European Commission, which has set mandatory targets for the maximum CO2 emissions from passenger cars and vans sold every year in the EU. The first targets came into effect in 2009 and stricter regulations are now being applied. By 2030, new cars sold in Europe will have to emit, on average, one-third of what they did in 2000 or risk missing the targets, resulting in heavy penalties. This constitutes the greatest impetus behind the acceleration of electrification investments by most carmakers selling in the EU.

The role of the general public

At the heart of the transition are consumers and we all need to commit to doing our part. This can include adapting our own behaviours and consumption patterns. Being proactive in choosing products from companies with sustainable practices, including opting to use less electricity when it is constrained in peak times or taking low-emission methods of transport. We all need to have the courage to shape the future of the energy system into one that is sustainable, secure, affordable and inclusive while maximizing the net social and economic value delivered by materials.