The Turkish drilling vessel Yavuz (L) leaves from Dilovasi port as a Turkish military ship accompanies it, in Kocaeli, Turkey, 20 June 2019. Turkey's second drilling ship will operate off the Karpas Peninsula to the northeast of the island of Cyprus. [EPA-EFE/ERDEM SAHIN]

Henri J Barkey is the Cohen Professor of International Relations at Lehigh University and an adjunct senior fellow for Middle East Studies at the Council of Foreign Relations. He previously served as a member of the US State Department’s Policy Planning Staff, working primarily on issues related to the Middle East, the Eastern Mediterranean and intelligence. Barkey contributed this op-ed for the Syndication Bureau, an opinion and analysis article syndication service that focuses exclusively on the Middle East.

Turkey and Libya’s Government of National Accord, or GNA for short, the “internationally recognised government,” signed on November 27 a controversial Memorandum of Understanding (MoU) delineating their security and maritime boundaries.

The signing has rankled neighbours, starting with two European Union members, Greece and Cyprus, as well as Egypt. They perceive the agreement as a Turkish move to maximise its economic and strategic influence in the region at their expense. The Greek government immediately retaliated by expelling the GNA ambassador in Athens.

The Greeks and Cypriots see the MoU as an immediate challenge to their Exclusive Economic Zones (EEZ). First, the Greeks complain that the MoU and the subsequent delineation of the economic boundaries completely ignore the presence of the large Greek island of Crete and its EEZ that stands between Libya and Turkey.

Turkish pronouncements that Ankara would be starting exploration efforts in that zone has not helped the situation. 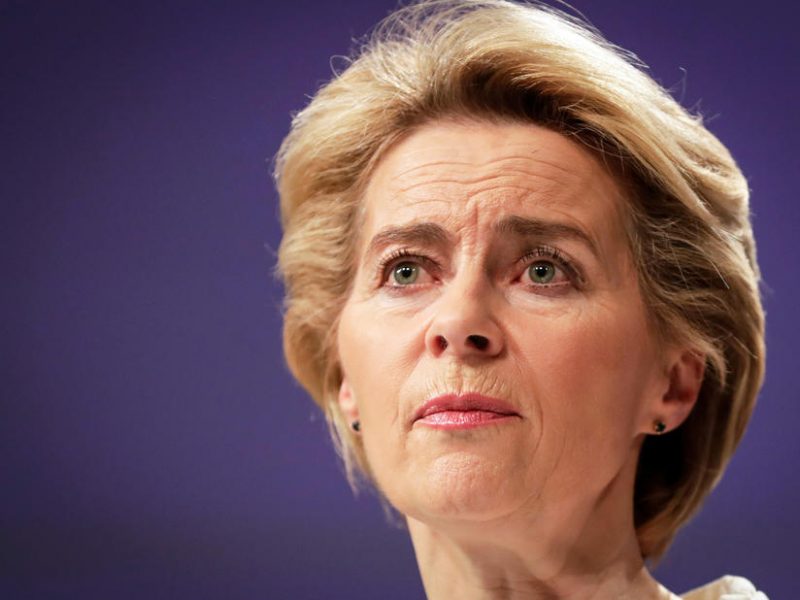 The MoU was also signed amid two unrelated but important developments. First is the uptick in the civil war that pits the GNA against the Libyan National Army, or the LNA, led by Khalifa Haftar. Haftar has had the support of an array of countries, including the UAE. The LNA, which controls a sizeable segment of Libyan territory, has already tried to overrun the GNA controlled capital, Tripoli. Second, recent Russian support for Haftar has provided the latter with a significant advantage on the ground. Coming amid these developments, the MoU has complicated United Nations efforts by its negotiator, Ghassan Salame, to resolve the Libyan civil war.

What is puzzling is why the Turks would engage in such a move, considering that the GNA controls only a small part of Libya and clearly is on the defensive. One answer lies in the existing disputes between Turkey and Cyprus over the waters surrounding the island. Recent discoveries of large gas fields in Cypriot, Egyptian and Israeli territorial waters and the budding cooperation between these three countries to export this gas to Europe appears to have unnerved the Turkish leadership of President Recep Tayyip Erdoğan.

Turkey has also had a long-standing and deep economic relationship with Libya, built during Muammar Qaddafi’s rule. Turkish companies, especially construction-related ones, had received large numbers of contracts to build Libya’s infrastructure, and hence Turkey has been committed to supporting the internationally recognised government, including through the sale of a variety of military equipment. The maritime agreement is that government’s payback to Ankara.

More importantly, Turkish behaviour is intimately linked to the current division of Cyprus between the southern and internationally recognised government of Cyprus and a northern Turkish one, the Turkish Republic of Northern Cyprus, or TRNC. This division was an outcome of the 1974 Turkish invasion of the island. The Turks have claimed that Greek Cypriots ought not proceed with the exploration for and export of hydrocarbons without a buy-in from Turkish Cypriots. The TRNC only is recognised by Ankara, and Ankara has used it to begin exploring for gas and oil in Cypriot waters.

Both the United States and the EU have asked the Turks to desist from such activities, without success. 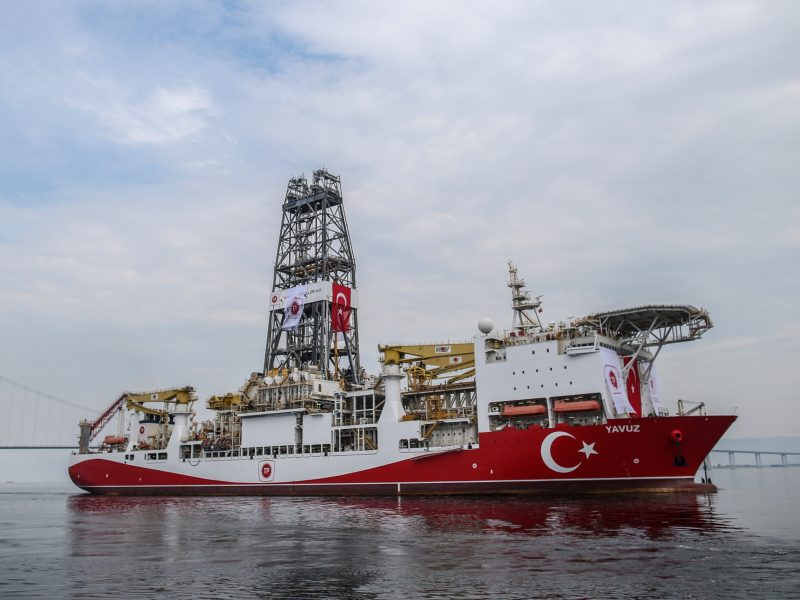 The EU on Monday (11 November) moved a step closer to imposing sanctions over Turkey’s drilling for oil and gas off Cyprus by formally adopting a legal framework to target those involved.

However, Turkish moves need to be seen within a larger context. Ayhan Aktar, the Turkish academic, argues that this is the outcome of the new, and aptly named, “Mavi Vatan” or Blue Homeland doctrine, which claims “extensive maritime jurisdiction in the Aegean and Mediterranean seas.” Accordingly, this doctrine seeks to claim large segments of the Eastern Mediterranean continental shelf for Turkey’s benefit at the expense of its neighbours’.

Even more broadly, it reflects Erdoğan’s ambitions to make Turkey a consequential if not a leading country in the broader region and beyond. Turkey has now built and recently enlarged a military base in Qatar. Similarly, in 2017 Turkey built a military base in Somalia. The growing self-confidence of Erdoğan can be seen in his intervention against the Syrian Kurds. In doing so, Erdoğan angered French President Emmanuel Macron who also happens to be a supporter of the LNA in Libya.

Erdoğan may also be trying to take advantage of his current relationship with Donald Trump. He has successfully managed to neutralise Trump, who so far has refused to go along with demands by the US Congress to impose sanctions on Turkey for an array of misconduct, ranging from the flouting of Iran sanctions to buying the sophisticated S-400 Russian anti-aircraft system. Turkey is after all a member of NATO.

The Turkish president is also taking advantage of the disarray in Washington and Trump’s favourable disposition toward him to articulate what appears to be a “more independent” and intimidating foreign policy. In fact, this agreement with the Tripoli government was signed on the heels of his November visit to Washington and just before the latest NATO summit. Similarly, a day after returning from this same visit, Erdoğan, in a clear slight to US preferences, elected to throw a financial lifeline, the second in a year, to the Maduro regime in Venezuela.

Nevertheless, Erdoğan’s willingness to challenge two EU members at a time when the EU itself had already threatened to impose sanctions on Turkey for the latter’s exploratory moves in Cypriot waters, is puzzling. It may be that Ankara is calculating that it needs to put down a marker in advance of the resolution of the Libyan civil war.

Even if Turkish naval vessels were to immediately begin exploratory work in this new zone, it will take many years, if not a decade, before meaningful results can be attained. In the meantime, the appearance of Ankara’s unilateralism is unnecessarily aggravating tensions in the region and, as usual, leaving it to Brussels and Washington to sort it out. 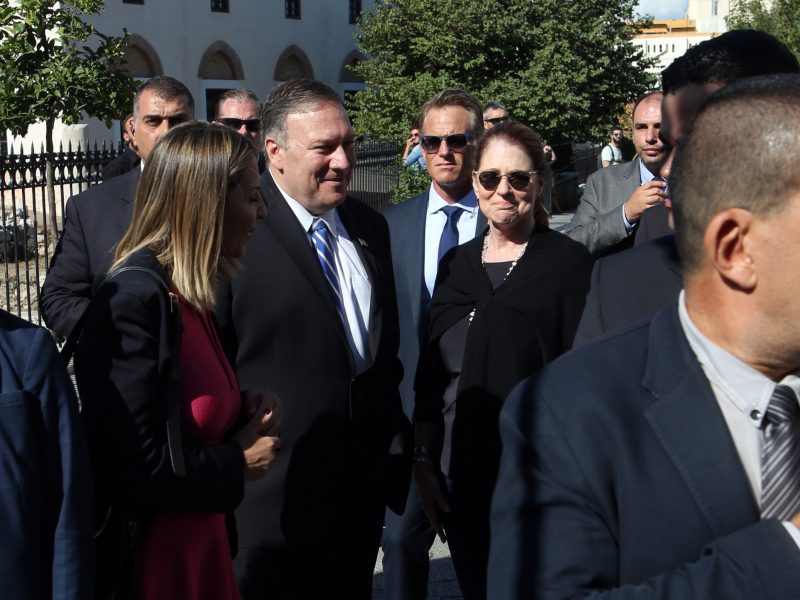 There are rules in exploring energy resources in the Mediterranean Sea, US Secretary of State Mike Pompeo said on Saturday (5 October), warning Turkey not to engage in drilling activity that is “illegal” and “unacceptable”.