Ukraine and EU: it takes two to swing (at the same frequency)

By Georg Zachmann and Lukas Feldhaus 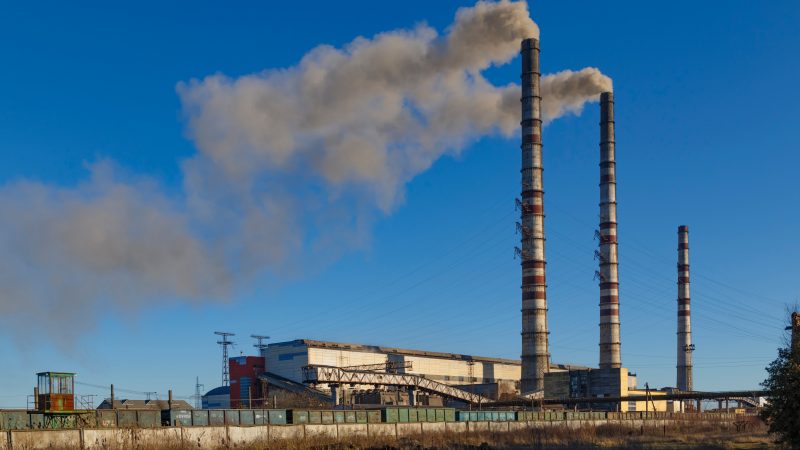 Ukraine aims to couple its energy network with Europe by 2023, a move that would benefit both the EU and Ukraine, write Georg Zachmann and Lukas Feldhaus, warning, however, that more work is needed to make it happen.

Georg Zachmann is a senior fellow at the Bruegel economic think tank in Brussels. Lukas Feldhaus is an analyst with the Low Carbon Ukraine Project.

Ukraine and Eastern Europe would benefit greatly if they were able to freely exchange electricity. Electricity would become cheaper, emission levels would decline and Ukraine’s dependence on Russian energy would diminish. The grid integration would also advance the EU’s goals for reform and green energy production in Ukraine.

These fruits are difficult to reap, though. Ukraine first needs to modernise its power plants, its network and converter stations, and also reform its electricity market. Otherwise, coupling Europe’s and Ukraine’s grids could jeopardise Europe’s energy security.

The EU and Germany should both support and challenge Ukraine on this path. The country aims to couple its network with Central Europe by 2023.

Electricity powers data centres and computer tomographs, fuels trains and cars, pumps water to megacities and heats up cooking stoves. And in the coming decades clean electricity should also heat homes, generate hydrogen and propel cars. Hence, secure access to electricity at a low cost is crucial for modern society.

To ensure stable supply, it is the task of network operators to coordinate an increasing number of producers and consumers in real-time. At every second, demand for electricity must exactly be matched by supply and every major plant and appliance connected to the system has to swing at the same – 50 Hertz – frequency of the grid.

It is like a dancing couple that needs to move in step – despite sometimes being several thousand kilometres away. If that is not the case, both large electricity-using machines and also power plants are in danger of severe damage.

Highly sophisticated instruments exist to prevent such events. Yet, a study in 2017 showed that Ukraine did not possess the ability to fast-enough balance demand and supply if coupled to the current European grid. As fossil fuel-powered plants are easier to control and better able to provide stability, Ukraine still keeps its old, dirty coal power plants on the grid.

To keep them running, it now has to turn off and disconnect significant amounts of electricity from wind and solar generation, which was originally intended to replace precisely these old coal plants.

Yet these measures are not enough: Ukraine also depends on Russia to balance its electricity system. Currently, Russia provides this service to several former Soviet countries, including Moldova, Belarus, and others. It thus has considerable influence over energy security in those countries.

If electricity were able to flow freely between Ukraine and Europe, Ukraine would be able to export its excess renewable electricity to other countries. As it would thus not have to switch off solar and wind power plants, Ukraine would save approximately €1 billion annually, according to our calculations.

More competition would also benefit Ukraine’s neighbouring EU countries, whose electricity generators would have to innovate quicker. Already, Ukraine is in touch with the association of European electricity network operators to run tests and ensure a blackout-free grid integration. It eyes 2023 to connect the grids.

But without enthusiastic European support and agreement, coupling the networks will be difficult to achieve until then.

Fewer emissions, more renewables and a cheaper electricity system are in the interest of the EU and Germany. Germany sees Ukraine as one of the key providers for a hydrogen-powered future.

Meanwhile, the EU is funnelling experts and funds into Ukraine to help it open up its electricity market, to renovate and “green” its power plant park and to supply green hydrogen en masse to Europe.

For all of these targets, grid synchronisation with Europe would be a major advancement. It is thus exactly the kind of large modernisation project the EU should want to see in Ukraine: it would help align Ukraine’s electricity policy with Europe’s, to crack open its monopolistic business structures and may finally also get investors interested in building new solar and wind parks in the country.

This would not only enable the production of green hydrogen, it would also benefit Ukrainian electricity consumers.

Supporting Ukraine on this path, however, also means holding it accountable. Our calculations indicate that coupling the electricity grids would only decrease emissions in the EU’s east, if Ukraine also implements a meaningful carbon price.

Further, Ukraine’s electricity consumers would only benefit from cheaper electricity if Ukraine finally unravelled its system of subsidies, replacing them with a functioning market and only supporting the electricity bill of poor households, not of the whole country.

The experts of Ukrenergo, Ukraine’s transmission system operator responsible for the grid, only expect expenditures of around €300 million. This may be too optimistic, as Ukraine does not yet have a deep electric interconnection with its neighbours, and the current state of its balancing technology has not yet been finally tested and approved.

Ukraine needs a clear view of what is possible, and what is required. The EU can provide that.

As the EU is flexing its regulatory muscles and developing its practical skills for the Green Deal, Ukraine should be one of the first international partners for the EU’s nascent climate diplomacy. If Europe helps the country to couple their electricity systems, both sides stand to gain.