Why is our energy efficiency discussion so unambitious? 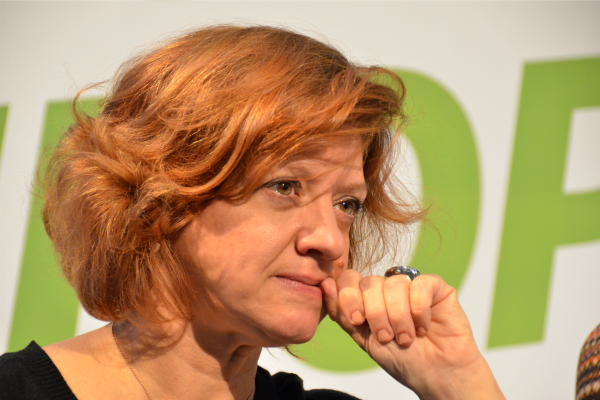 "We have a chance to revive the Green party in Italy and this is why the European and the Italian Greens are working together."

The European Commission seems fixed on an unambitious energy efficiency strategy, despite member state protests and the consequences for growth, security, jobs and emissions.  It is not too late to change path, writes Monica Frassoni.

Monica Frassoni is president of the European Alliance to Save Energy

Growth is back in fashion as Heads of State converge to debate the 2030 climate and energy package in Brussels this week.  A lot – and also very little – has moved on since the European Council’s last meeting in March this year. Energy efficiency is now higher on the political agenda, with 7 countries writing to the European Commission to request binding energy efficiency targets be put on the table. Importantly this includes 3 most crisis-hit Member States – Ireland, Greece and Portugal. These are countries that have clearly internalised the arguments that it is better for their economies to invest internally in reducing energy use and in doing so create local employment than to continue to rely on imports to feed the energy system.

This point is important given the recent interventions by Prime Minister Renzi and President Hollande. As Italy takes up the European Presidency Renzi insists a common vision for Europe is needed, taking up the mantra that Europe cannot hope for stability unless it acts on growth. Spurred into action after the scorching defeat of the French socialists in the European elections by the far right Front National, President Hollande has proposed a plan for Europe that includes investments of €1.2 trillion (2% of EU GDP) to renew economic growth across the bloc with a focus on energy – including energy efficiency – and security to get the European economy moving.  This all implies a more pragmatic application of the fiscal compact’s budget rules – with a focus of continuing to drive structural reforms but also creating space for smart investment and growth.  However there are still big question marks over how the range of possible investments set out would be prioritised

The promotion of energy efficiency to have an equal billing with energy infrastructure investment is indicative of the marked shift in Heads of State interest in energy efficiency. This is large part due to the Ukrainian crisis and increasing recognition of the importance of reducing energy use as a route reducing Europe’s dependence on imported energy – which currently stands at over 50%.

Yet the European Commission itself seems fixed on low ambition for energy efficiency with a range of targets from 27% to 35% being discussed. At the low end, the 27% target, actually represents a slowing on current levels of investment – a major concern if Europe is to keep its competitive edge against the US and China, which face much lower energy prices and are catching up on efficiency. But it’s not just about business or macroeconomic competitiveness – important though they are. A 40% energy saving target in the EU would reduce European gas dependency by an amount equal to current levels of Russian gas imports. Energy saving investment can also change lives for the 55m European citizen’s unable to afford to heat or cool their homes properly. The UK, recognising the health benefits of warm homes has begun a trial programme of prescribing efficient boilers for those the fuel poor that are suffering from chronic respiratory conditions. Why? Because it’s effective – and because a Review found that for every €1 invested in improving heating in poor households €0.42 was saved by the National Health Service through avoided illness.  Yet despite these all benefits, European businesses selling products and services that reduce and manage energy are increasingly doing more business outside the EU than inside – driven largely by more favourable policies being enacted elsewhere.

With European voters no longer sure of what Europe has to offer them, the message is clear. The policy priorities for Europe, some of which will be decided this week, matter more than ever. As such Prime Minister Renzi is right to use Italy’s Presidency to focus minds of how to now move beyond austerity, give people hope and secure a fiscally stable future for the bloc. But he also needs now to recognise the immense potential of an ambitious climate and energy package – and a strong energy efficiency element – to deliver the “change of ways” that he advocates Europe badly needs.

Energy efficiency can create jobs at home, help business compete in an increasingly globalised and competitive world, increase quality of life for millions of European citizens and help the EU cost-effectively reduce its carbon emissions. A binding and ambitious energy efficiency target set at 40% in 2030 will create the signal Europe is serious about a growth solution. Combining the target with systematic market, economic, institutional and financial reforms focused on addressing the barriers to scaling up energy efficiency investment and bundled into the broader structural reform programme already in play will turn the signal into action by unlocking energy efficiency investment across the economy. With this can come growth, jobs, security and hope for a disenchanted European electorate.