By Christoph Maurer and Lion Hirth 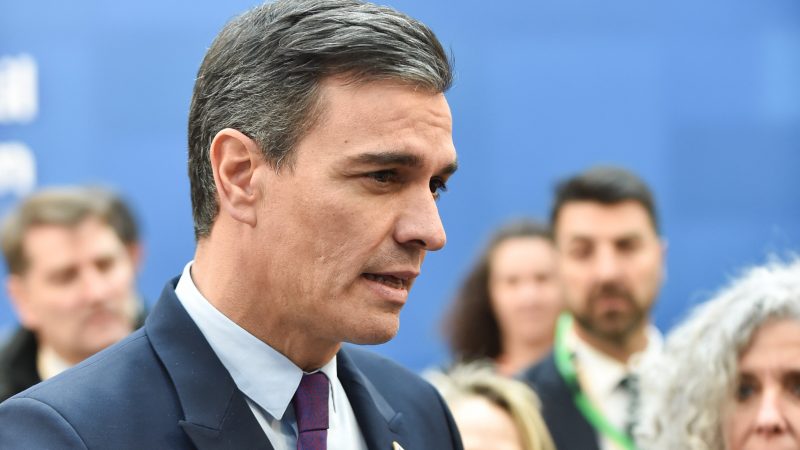 It is “key” that Sanchez provides parliament with “appropriate explanations” on the espionage case and stops creating “so many doubts about national security and the institutions”, the PP’s spokesperson Cuca Gamarra said on Tuesday Spanish public broadcast RTVE reported. [European Union]

Spain and Portugal want to push ahead with a benchmark price for energy, but this could lead to increased consumption of fossil gas, inflated gas prices and fewer incentives to invest in renewable energy, warns Lion Hirth and Christoph Maurer.

The Spanish and Portuguese governments have proposed a “production cost mechanism” to reduce wholesale electricity prices.

After no consensus could be reached in the 24-25 March European Council to implement the intervention across the EU, the two governments chose to proceed with the instrument unilaterally. It has already been notified to the European Commission.

However, the proposal is quite problematic, causing several adverse effects.

Based on public statements and leaks, our understanding of the intervention is that it would essentially be a subsidy of natural gas and coal burned in power stations.

The subsidy will be implemented as a reimbursement based on the electricity produced, assuming a conversion efficiency of 55% to fill the gap between the daily gas prices and 30 €/MWh.

Coal plants receive the same subsidy. For example, at a gas price of 100 €/MWh, all coal and gas plants would receive about EUR 127 for each MWh of electricity they produce (70/0.55). Costs will be recovered through an electricity tax.

Given the lack of clarity on this aspect, we focus on the subsidy in our following assessment.

Like all energy subsidies, this intervention will increase the consumption of energy, here natural gas (and coal). In other words, it will make the fundamental problem we are currently facing – the fact that energy is scarce – worse, not better.

There are at least four main mechanisms through which gas consumption is increased.

When gas consumption for power generation is inflated, more gas must be saved elsewhere. That means less gas and higher costs for gas-dependent Spanish and European manufacturing.

The intervention will drive up gas prices. In fact, the gas price must increase enough to induce demand reduction in industry and rest-of-EU power generation that compensates for the inflated use of gas in Iberian power generation, given that gas supply is quite price-inelastic.

This means higher costs for industrial and residential consumers and higher payments to Russia since most long-term contracts are spot-indexed.

The incentives for much-needed renewable electricity generation, storage, energy efficiency and flexibility investments would be reduced because power price levels and variability are artificially lowered.

The intervention has the explicit goal to divert producer rents, so it will diminish investors’ confidence, drive up future cost of capital, and will be possibly challenged in courts – very much like the retroactive changes to Spanish renewable support systems in 2011.

Depressed power prices will lead to higher electricity exports in the integrated European electricity market. To address this problem, the proposal includes a provision of two consecutive day-ahead auctions, where the first auction has the sole purpose of determining cross-border exchanges.

Such a setup bears a high risk of market manipulation because bids in the first auction do not have direct economic consequences for the bidders. Coal and gas plants could be underbid strategically to drive up exports and inflate prices.

Mitigating price risks through financial hedging is a core activity of firms in the energy sector and has never been more important than today. With prices being effectively set by governments, firms may lose the motivation to hedge. Futures markets might become illiquid.

Having reached this point, returning to the status quo ante might be considered impossible, effectively extending the need for intervention ad inifinitum. Also, industrial consumers that have paid expensive power prices in the past and now face competition from firms that currently rely on artificially depressed spot prices might request government support.

Behind the Spanish proposals, there seem to be three distinct policy objectives: protecting vulnerable consumers (households and firms), taxing windfall profits of power generators, and reducing payments to Russia.

We think that these goals can be better achieved with separate instruments. Any policy that helps conserve energy will lower prices.

Consumers are best protected through lump-sum payments, which should be targeted at vulnerable households and firms, as proposed by researchers from the Mercator Institute for Climate Change and the Florence School of Regulation, among others.

Windfall profits could be captured using corporate income taxes. Payments to Gazprom should be reduced using a trade or competition policy. With energy being scarcer than ever, we should let markets do what they are good at: provide incentives to conserve energy and allocate the available energy where it is most useful.