By Brook Riley and Fiona Hall 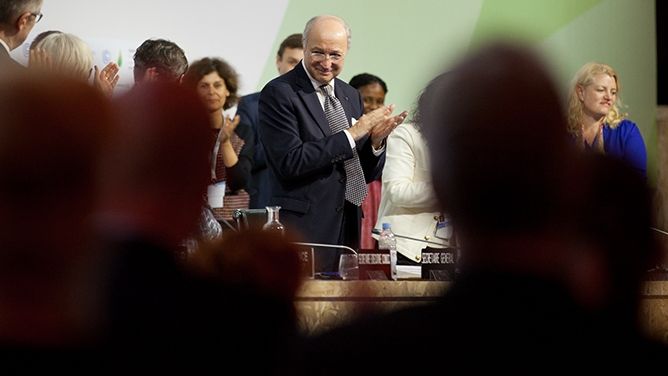 Member States have every reason to move closer to the European Parliament on energy efficiency. Having committed to Paris, they need a deal which delivers more climate action at lower investment costs, argue Fiona Hall and Brook Riley. [WeMeanBusiness / Flickr]

An energy efficiency target of around 35%, combined with a parallel increase in ambition for renewable energies, would allow the EU to halve its emissions by 2030, write Fiona Hall and Brook Riley.

Fiona Hall is a former MEP and a senior policy advisor to the Rockwool Group, a world leader in building insulation. Brook Riley is a public affairs attaché at Rockwool.

Movement at last. After months of deadlock, Member State ambassadors have given the Bulgarian Presidency a mandate to negotiate a 2030 energy efficiency target of more than 30%. This means the European Council is edging towards the Parliament – which wants a 35% target – and the Commission, which is also backing higher ambition. 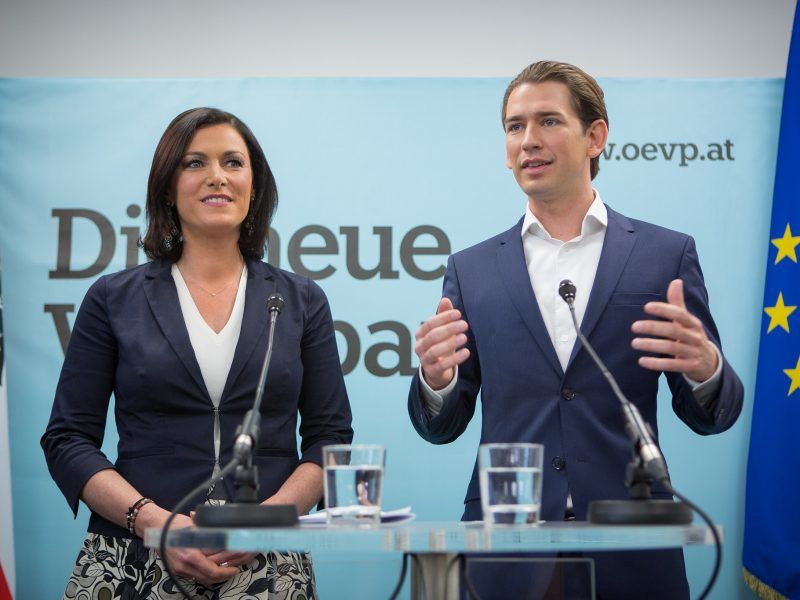 But how far will the Council go? As the ambassadors prepare to meet again this Friday, it is essential they take into account the major benefits – especially greenhouse gas emissions cuts – of moving much closer to the Parliament’s position.

Climate science is everything in this debate and the numbers are clear: the EU’s current climate and energy plans are designed to be in line with the old goal of limiting global warming to 2°C. But the situation has changed with the Paris Agreement: the current 40% by 2030 greenhouse gas emissions target is simply not consistent with the ‘well below’ 2°C goal agreed in Paris, far less the commitment to pursue efforts to limit warming to 1.5°C.

The Commission’s background analysis lays it out: 30% efficiency is in line with 40% emissions cuts, no more. But according to research being prepared by Ecofys, a target of around 35% efficiency would – assuming a parallel increase in ambition for renewables – allow the EU to halve its emissions by 2030. This would confirm EU leadership in climate action, whereas a weak efficiency goal would undermine it.

These facts will be brought to the forefront of EU policy debates in November, with the release of the Commission’s mid-century strategy. But there is everything to gain by anticipating the strategy, and seeking to be ‘Paris compatible’ in the current negotiations. Otherwise the Energy Efficiency Directive will be obsolete even before it is transposed into national legislation, and negotiations will have to begin again.

Another reason to support higher ambition is that policy decisions are currently being based on inflated cost estimates. When the Commission calculated the investment costs of the different 2030 target scenarios, it assumed a much higher cost of capital – or ‘discount rate’ in modelling jargon – than the Member State average: 10% versus 5.7%.

This has a huge influence on the negotiations. The higher the discount rate, the higher the estimated costs, and the less attractive the policy. In 2016, using a 10% rate, the Commission recommended a 30% by 2030 target on cost-effective grounds. But if the same calculations were carried out using a Member State 5.7% rate, costs would be much lower, and the EU’s efficiency potential significantly higher – in line with the Parliament’s call for a 35% target.

Thankfully, the Commission has been quick to take action. Its energy directorate is currently reassessing the investment costs of higher ambition. The new numbers will be the basis for the Council / Parliament negotiations. And in an article last week, Commission Arias Cañete said ‘I believe that the rapid rate of change – in terms of new technologies and reduced costs through economies of scale – means that we can now set an even higher level of ambition than the 30% figure we used when we drafted the original proposals in 2016.’

So far so good, but will the Council go far enough? The default pattern of the negotiations is that each side pushes for a deal which is as close as possible to its own starting position, regardless of the real-world impacts. But on this occasion Member States have every reason to move closer to the Parliament and accept higher ambition. Having committed to Paris, they need a deal which delivers more climate action at lower investment costs. They should grasp it with both hands. 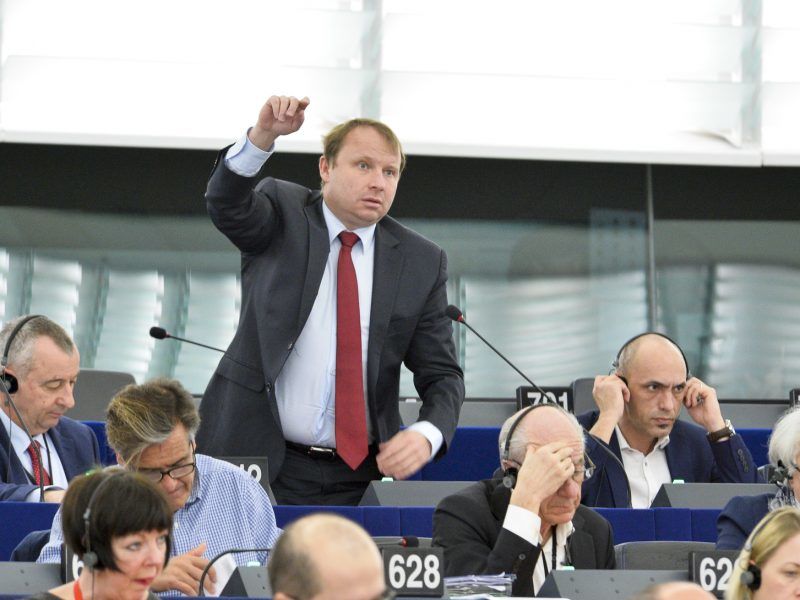