Will new EU buildings law help pave the way for an electro-mobile future? 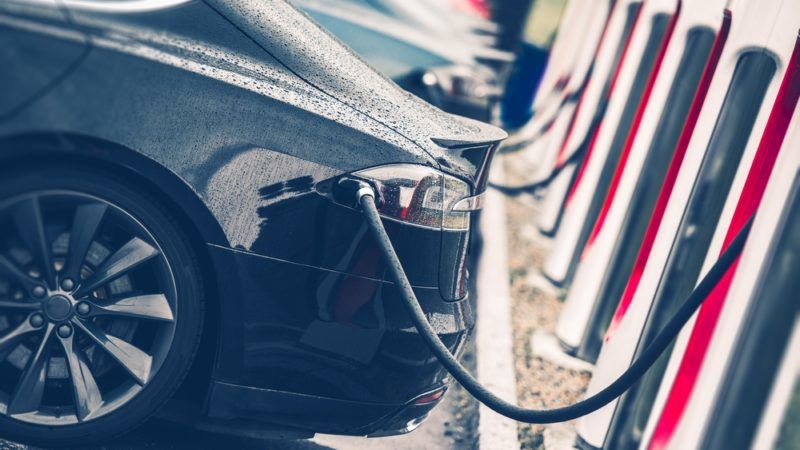 A recent study claimed that all new car sales in Europe could be electric by as early as 2035. [Shutterstock]

The ongoing reform of the Energy Performance of Buildings Directive (EPBD) offers a once-in-a-decade opportunity to make European buildings and cities of today fit for the low pollution, electric transport of tomorrow, writes Teodora Serafimova.

Teodora Serafimova is a manager at the environmental NGO Bellona. With its headquarters in Oslo, Bellona has played a central role in initiating Norway’s electric revolution.

The Dieselgate scandal, where car makers were shown to systematically cheat air pollution standards, has brought a dirty secret to the surface: that the air in most European cities is slowly killing its inhabitants.

Until now, pollution from fossil transport was a simple fact of life, but as electric vehicles (EVs) increasingly enter the spotlight we must ask: why are our cities not clean and silent?

Thanks to rapidly falling battery prices many studies expect that within the next few years EVs will reach price parity with their conventionally fueled counterparts. A recent study by Dutch bank ING goes on to predict that EVs will account for all new car sales in Europe by as early as 2035.

Car makers, too, are coming to terms with this new reality, with Volvo being one the examples, having recently announced plans to phase out its production of internal combustion engine (ICE) cars by 2019.

These positive developments will help to eliminate key concerns relating to battery range and purchase price differentials that today still discourage consumers from going for the electric option.

Access to charging stations at home, the workplace and public destinations, however, remains an unaddressed core pre-condition to bolstering EV market acceptance.

The EU has already taken a first step to addressing consumer anxieties with regards to range and charging compatibility. Its Alternative Fuels Infrastructure (AFI) Directive, currently being implemented by member states, sets EU-wide harmonised standards for charging connectors and mandates minimum numbers of publicly accessible charging points to be installed.

Public charge points, however, will only be part of the picture. Nearly all (90%) of the electricity charged by an EV during its lifetime actually takes place in buildings: at home overnight or daily at the workplace.

Ensuring buildings are accordingly pre-equipped with EV charging possibilities is therefore crucial to making EVs the preferred choice for families and commuters.

As part of the ongoing revision of the EPBD, the European Commission proposes new requirements for EU countries to ensure adequate and future-proof pre-equipping of buildings for EV recharging points.

The EV market is a fast moving environment where technological advancement should be promoted. The application of pre-tubing, a simple plastic tube that allows effortless installation of EV charging points in the future, offers a promising solution, while its installation cost is minimal when compared to the total cost of constructing or renovating a building.

By comparison, failure to ensure pre-tubing would entail costs up to nine times higher if a building is to be retrofitted at a later stage.

In the case of commercial and office buildings, the Commission proposes for an actual charging point to be installed to allow employees and visitors to recharge their EV during the day.

Such larger non-residential buildings are often much more frequented than residential buildings, and provide publicly accessible parking spaces. The high visibility of these charging points will help in raising public awareness of the rapid normalisation of EV transport options.

What is more, when connected to a charging point, EVs become a part of the wider electricity network – helping to manage the flow of electricity and store renewable electricity.

EV pre-equipment provisions in the EPBD apply to newly built and substantially renovated residential and non-residential buildings, or in other words to only 1% of the overall EU building stock on an annual basis. The remaining 99% of existing buildings should not be excluded though.

Today, long and uncertain approval procedures act as a major barrier for owners and tenants to install charging points in existing shared residential and commercial buildings.

If these hurdles are not removed, putting in place pre-tubing cannot unfold its full positive impact. Such ‘right to the plug’ building codes have already been successfully implemented in various EU countries including Spain, France and Portugal.

Not surprisingly, these newly proposed ‘electro-mobility’ obligations under the EPBD have encountered strong resistance from EU member states, concerned about costs implications and potentially negative impacts on renovation incentives.

All eyes now turn to the European Parliament, which is set to agree its final position next month before entering negotiations with EU countries.

Failing to take the simple steps to an EV future will trap European cities in cloud of pollution, its inhabitants with shortened lives and the European continent with a €1 billion daily bill for continued oil imports.