By Jan Rosenow and Stefan Scheuer 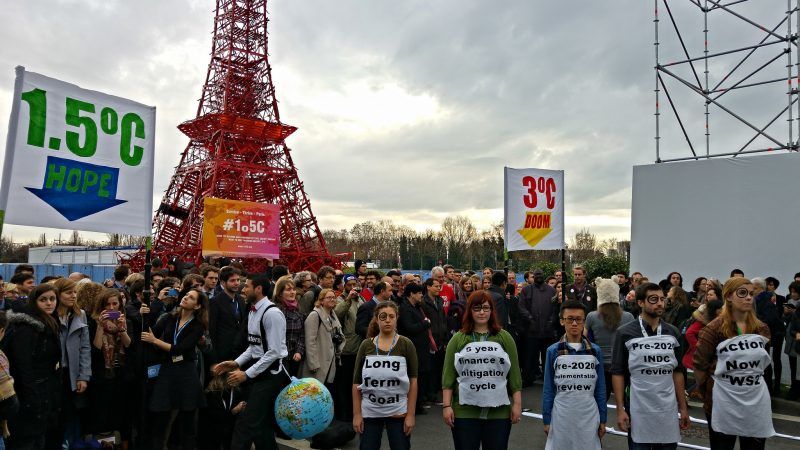 Energy efficiency could hold the key to finally unlocking the potential of the Paris Agreement. [James Crisp]

The Paris Climate Agreement’s entry into force has clearly not yet spurred policymakers to charge toward the goal of limiting climate change to “well below 2°C” and targeting 1.5°C, warn Dr Jan Rosenow and Stefan Scheuer. Energy efficiency remains the key to success.

Jan Rosenow is an energy efficiency expert with the Regulatory Assistance Project and Stefan Scheuer is an independent EU policy expert.

A new study by the Regulatory Assistance Project, Oeko-Institut, and Stefan Scheuer Consulting shows that energy efficiency is critical for achieving the carbon reduction goals set out in the Paris Agreement.

Without ambitious energy efficiency targets, the EU will most likely miss even its current 2030 climate target of reducing greenhouse gas emissions by 40% based on 1990 levels, let alone deliver on the commitments made in Paris.

Particularly in the sectors not covered by the EU Emissions Trading System, Member States and the EU will not be able to reach their targets without increased energy efficiency.

One would think that it is common sense to recognise the importance of energy efficiency for meeting the Paris Agreement by setting appropriate targets. However, it is far from certain that the EU will put in place sufficient goals for energy efficiency.

The Energy Efficiency Directive, the EU’s legislative framework for efficiency, is currently being negotiated between the Council of the EU, the European Parliament, and the European Commission.

This lack of resolve is striking given that 16 out of 28 Member States would fail to meet their indicative 2030 targets for the sectors outside of the EU Emissions Trading System if the targets for Article 7 fall below their current levels.

What’s more, an ambitious Article 7 would ensure that many Member States deliver significantly higher greenhouse gas reductions than the bare legal minimum under the EU’s Effort Sharing Regulation. This means that, for many Member States, more ambitious climate goals in line with the Paris Agreement can be achieved relatively easily.

In the absence of ambitious energy efficiency targets, we can only reach our climate goals by pursuing a more difficult, slower, and costlier route—of the most economic greenhouse gas mitigation options, energy efficiency makes up the lion’s share.

European citizens and businesses will have to pay the price, putting an unnecessary burden on society and depriving consumers of the multiple benefits, like local jobs and reduced energy bills that improved energy efficiency brings.

If the commitments the EU made in Paris in 2015 are to mean anything, Europe needs to act now and put in place the ambitious energy efficiency targets needed to achieve them.