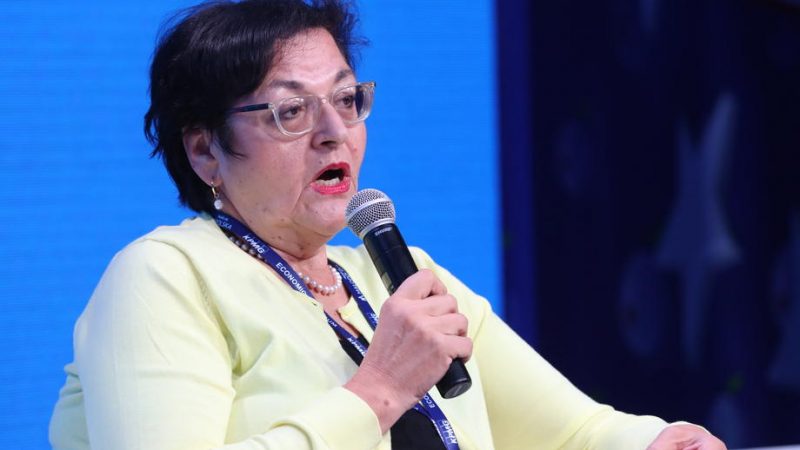 The European Union should move on outstanding promises of enlarging the bloc while leaving the two frontrunners in the waiting room, Serbia and Montenegro, to ‘do their homework’, Serbia’s Human and Minority Rights and Social Dialogue Gordana Čomić told EURACTIV.

“What can the European Union do nowadays? You can be brave and do what you don’t really have to do,” the head of the newest ministry in Belgrade said on the sidelines of an online event.

Calling on Brussels to move on long-delayed issues like visa liberalisation and opening negotiations with North Macedonia and Albania, she said “it costs nothing, except that you send a message: ‘we are remembering that the peace project is the basic idea the European Union is built on’.

“And leave Montenegro and Serbia to do the homework. That’s what we are doing. As of Serbia, we only ask for the benefit of the doubt,” added Čomić, who is not a member of any political party after being excluded from the opposition Democratic Party in 2020.

One of those homework assignments for the EU hopeful was put forward by the European Commission, which said in its 2021 report on Belgrade’s reforms progress that “inflammatory language against political opponents … was still used during parliamentary debates.”

“All politicians should counter hate speech and contribute to a political dialogue on EU-related reforms, particularly on the fundamentals of democracy and the rule of law,” the European executive added.

Čomić said that “when you are a developing democracy, and an institution-building state like Serbia is, then lacking trust is lacking the glue of society. So sometimes you’re more like a population, not just structured society”.

Ethnically motivated hate speech continues to be an endemic problem of public discourse in demographically diverse Serbia. Just last week, one of the opposition leaders, Marinika Tepic, was insulted by film director and politician Dragoslav Bokan on TV because of her Romanian origin.

Asked if there’s even interest in the kind of dialogue her ministry is pushing, Čomić said: “If there is no interest, then you create an interest.”

“And the hate speech you mentioned is a matter of criminal code of Serbia. That’s article 387 and should be punished by prison. There is no other alternative,” she said.

“Serbia has good laws, but they are very rarely implemented,” the minister said.

“Rule of law is not a kind of buffet where you can choose, ‘I like this meal, but I don’t like the other one'”, she added.

Čomić’s young ministry is accused by its critics of being an attempt by President Aleksandar Vučić’s ruling SNS party of placating those concerned by the democratic backsliding of Serbia.

Since its creation following the 2020 parliamentary elections, which were boycotted by numerous parties for allegedly not being free and fair, the ministry has risen to prominence for its push on the same-sex unions law, opposed by Vučić.

Since initial promises to have it ready by spring this year, Čomić said the law is now ready and the ruling coalition needs to adopt it before sending it to the legislative.

“We owe that to those people who are in our society,” she added.