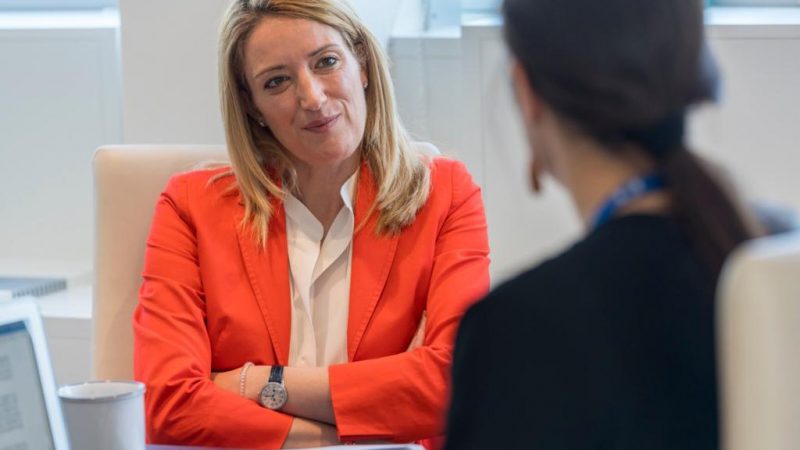 Metsola believes there are already specific legislative and financial initiatives that can be implemented immediately, outside the enlargement process, that can help "the path of future accession." [European Parliament]

The EU should open its doors to Ukraine, paving the way for immediate access to trade, programs, funding, transport, movement, and more, European Parliament President Roberta Metsola told EURACTIV in an exclusive interview.

Asked by EURACTIV what her thoughts are on Ukraine’s bid for membership, she was clear many things can be done today “without waiting for that final signature of the EU membership agreement.”

“Let’s take [the] next steps quickly. In other words, to open and give Ukraine access to more integrated trade agreements, more access to our programs, in the event of reconstruction, access to structured and cohesion funds; from a transport perspective, [streamlining] movement across borders; from a digital perspective, [keeping] them as part of the roaming network,” Metsola said.

The main challenge, she said, lies in how we move from welcoming a country at war as a candidate to eventual EU accession. “There is a gap between that. A lot of things need to be done,” she said.

“I remember my country joining. It took a long time before we went from applying to becoming a member,” Metsola said.

Malta’s formal application to join the EU was submitted in 1990 and approved in 1993. The accession process was halted due to a change of government in 1996, but this was re-started again in 1998. In 2003, a referendum on EU membership was held with a positive outcome, and in 2004, Malta formally became an EU country.

Metsola believes there are already specific legislative and financial initiatives that can be implemented immediately, outside the enlargement process, that can help “the path of future accession.”

In addition, the president was clear that as the EU says, “you are fighting our war”, which means the bloc should “welcome you [Ukraine] today, not tomorrow – to have access to the rights, to the protections that we already do.”

On enlargement, Metsola thinks it is an “emerging discussion” that will develop further and the French EU Council Presidency, especially as newly re-elected President Emmanuel Macron, is interested in leading the conversation.

He launched an alternative proposal to enlargement last Monday (9 May) that would see the Western Balkans, Ukraine, Moldova, Georgia, and even the UK become part of a European political community, enjoying closer involvement on joint issues.

The time to discuss this proposal and enlargement as a whole will be during the next European Council at the end of June, Metsola said, adding this is an occasion for the EU to “seize this moment and send a message to the populations of those countries, that we are not turning our back to them”. 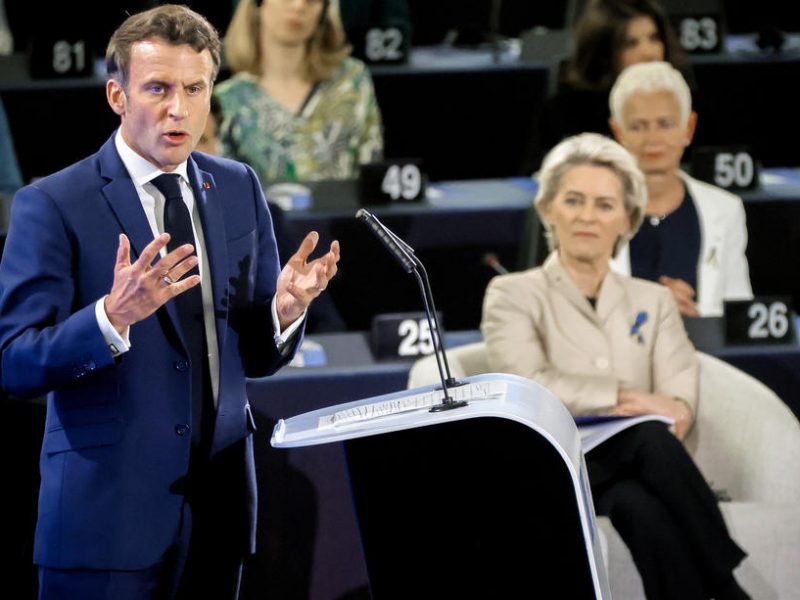 The CoFoE and the Convention

Turning to the Conference on the Future of Europe (CoFoE), the EU’s first deliberative democracy experiment that concluded on Monday (9 May), Metsola spoke of the importance of a “bottom-up approach” towards policies that involve citizens.

Metsola said she thinks the conference can help alleviate the symptoms of citizens that have become disinterested and disillusioned in politics. This phenomenon, she noted, has increased in the last few years, as demonstrated by “voting turnout decreases” and the rise of “extremes” on a national level.

She said European Parliament had been the “driving force” of the conference, and despite “scepticism at the beginning” regarding the “feasibility of organising something of this scale”, it was tangible the feeling that “something had been achieved”.

Citizens involved in the CoFoE asked for significant reforms and harmonisation at the EU level, particularly in health, environment, migration, and foreign policy. This would require member state competencies to be passed to the EU through changing applicable treaties.

“We need to go for the convention, and I announced it in the closing ceremony, and the  Commission endorsed it. That means once it is triggered, we need a simple majority from the Council, but I am optimistic that it will happen,” Metsola told EURACTIV.

Following the conference’s outcome, Parliament has asked the Committee on Constitutional Affairs to prepare proposals to reform the EU Treaties, which would happen through a Convention in line with Article 48 of the Treaty on the European Union. 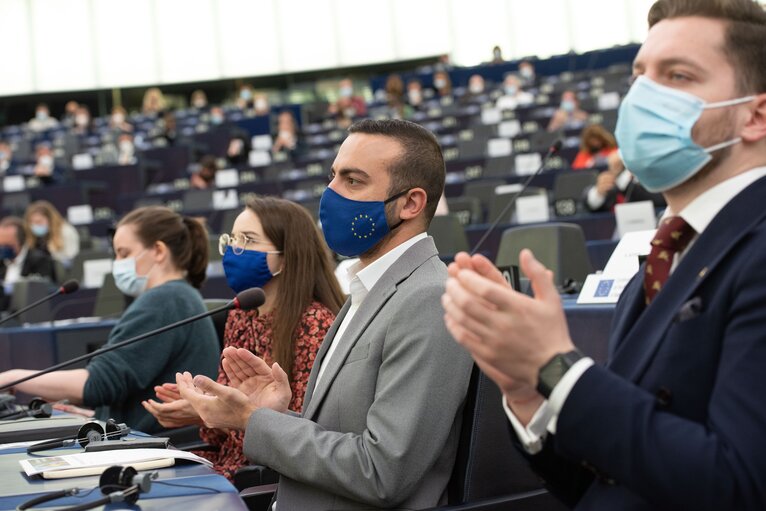 Citizens involved in the conference put forward 49 proposals that EU institutions will work on implementing into EU policy-making. Several of these pertain to women’s rights.

One such recommendation asks to facilitate equal access to women’s sanitary products and hormonal contraception and harmonise “medically assisted reproductive treatments for all women across all Member States”.

Currently, sanitary items are taxed as luxury products in some member states, and access to reproductive care can be hampered by high costs and limitations on availability and eligibility.

For example, in Metsola’s home country, abortion is illegal in all circumstances, the morning after pill is not widely available, and contraception is by prescription and can be financially out of reach for some.

Metsola told EURACTIV that “there is already a position of the European Parliament” that pushes to provide access to women’s sanitary products and hormonal contraception for “women and girls who do not have access”, skirting the question of in vitro fertilisation and egg freezing methods.

“So, already some countries have stopped taxing sanitary products and contraceptives. I think that would be very much an, let’s say, an ‘incentive’ that can be given to all member states” She also specified that “this is not needed to be in a treaty change. This is something that could be done” now.

On the other hand, she believes in the necessity of “streamlining, or making common access to health”. For instance, exchanging health data among member states, which at the moment is not possible because of “privacy concerns” and “legal obstacles”.

Throughout the interview, Metsola was clear that in terms of listening to what the citizens of Europe want, nothing should be left off the table.

“My position that nothing should be left off the table and everything should be on the table is a genuine one and it represents a huge majority in the parliament that don’t want to lose this opportunity,” she said.