Serbian Minister of Foreign Affairs Ivica Dacic and Serbian President Aleksandar Vucic (not pictured) address the media during a press conference on the rejection of Kosovo to the Interpol organization, in Belgrade, 20 November 2018. [EPA-EFE/KOCA SULEJMANOVIC ]

With Togo becoming the fifteenth country to revoke its recognition of Kosovo, according to Serbia’s foreign minister, Belgrade has moved closer to its goal of having half of UN member states not recognising its former province’s independence.

Serbia’s Minister of Foreign Affairs, Ivica Dačić, told Pink television that Kosovo’s recognition, declared in 2008, has already been withdrawn by 15 states, including Madagascar, Suriname, Burundi and Papua New Guinea. According to Serbian representatives, the number of countries that consider Kosovo an independent state has fallen below 100.

Togo announced the recognition of Kosovo in July 2014, when its Foreign Minister Robert Dussey stated that “Togo is dedicated to lobby and do its utmost to influence the states that have not yet recognised Kosovo to recognise it.”

However, Dačić said this recognition has been quashed by a note which he received in June and indicated that one more African state decided to annul its recognition.

Kosovo is still not a UN member and Serbia’s aim is to prevent it from joining the UN. Dačić said Serbia would continue its campaign “until Kosovo understands that the thing is not finished. Our goal is for that number of recognitions to drop below half of the total number of UN member states”.

According to Dačić, the strategy will ensure that “Kosovo leadership will not be able to behave as they wish.” Kosovo cannot become a member of the UN because Russia would use its veto in the Security Council. Failing that, Dačić wants to ensure that most of the UN members will be on his side.

Belgrade’s relatively successful drive to reduce the number of ‘recognisers’ has been strongly criticised by Pristina. In response to a previous blockade from Serbia, which stopped Kosovo from joining Interpol, Pristina introduced a 100% tax on Serbian products. 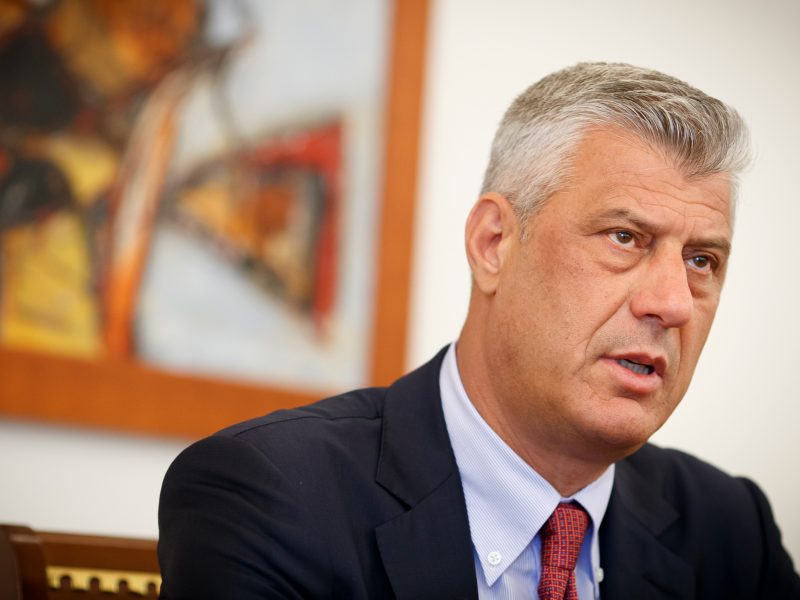 Kosovo provides different data than Dačić and officials describe his information as propaganda and fake news. According to the Kosovo Ministry of Foreign Affairs, “the Republic of Kosovo is recognised by 114 countries, thereby, fulfilling the initial aim of obtaining more than 100 recognitions.”

The ministry voiced “deep concern at media reports about officials of the Central African Republic being bribed by senior officials of the Serbian Ministry of Foreign Affairs for issued counterfeit notes regarding Kosovo’s recognition.”

The ministry said Kosovo “has faced in the last three years an unprecedented diplomatic and propaganda campaign from Serbia with the support of Russia and other countries to hinder Kosovo’s integration into the international community”.

The Serbian @SRBDiplomacy MFA propaganda and diplomatic campaign against #Kosovo is continuing in a dirty way. Kosovo will take measures to defend its integrity and sovereignty. This campaign has only one goal to escalate the relations with #Kosovo and we will not tolerate this.

In June 2018, Dačić claimed Liberia had withdrawn its recognition but Kosovo’s foreign minister, Behgjet Pacolli, said he had confirmation from Liberia that this was not the case.

The dialogue between Kosovo and Serbia – crucial to both countries hopes of joining the EU – collapsed in November when Kosovo imposed the tax on Serbian goods. West pressures Kosovo to abolish the tax, but they are not willing to do so unless Serbia recognizes it as a sovereign state.

Among the countries that have recognised Kosovo’s independence are the United States and most of the EU members, barring five – Slovakia, Spain, Greece, Cyprus and Romania. Russia and China are Serbia’s allies and the main opponents of Kosovo.

One response to “15 countries, and counting, revoke recognition of Kosovo, Serbia says”